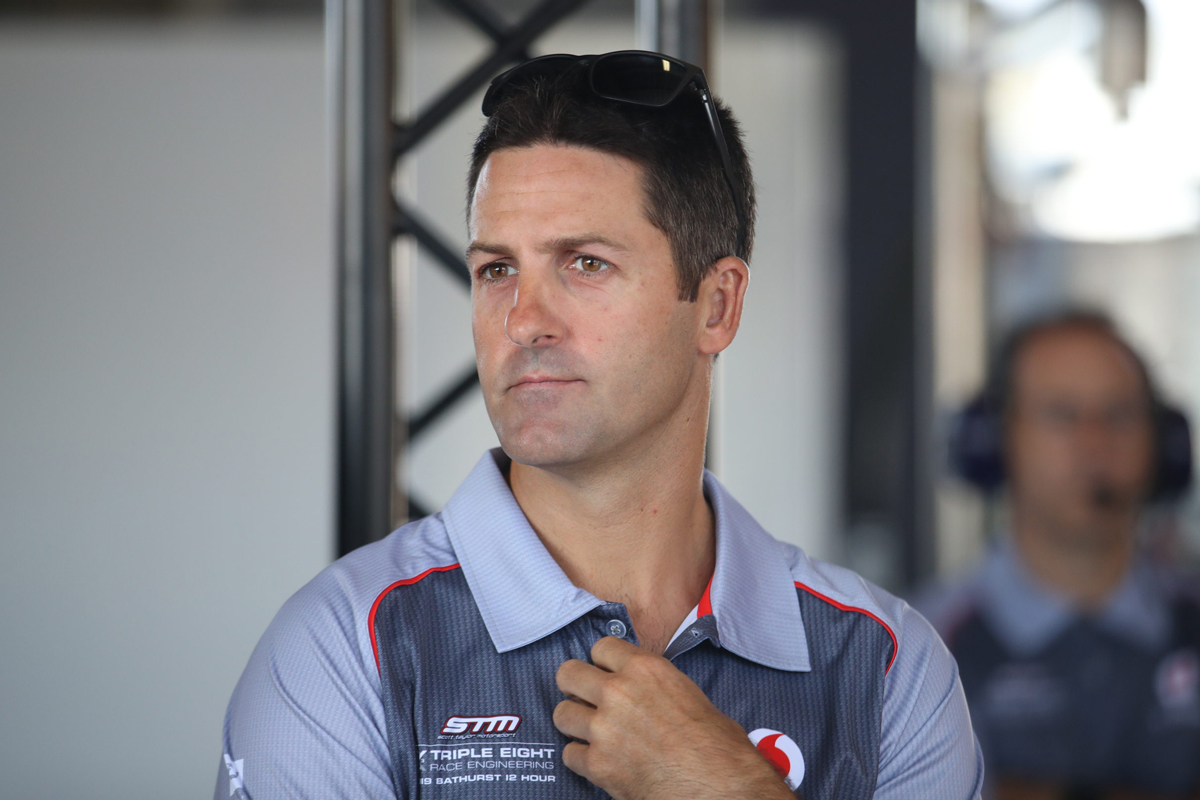 Jamie Whincup says he had flashbacks to past Bathurst 1000 disasters when he received a black flag midway through Sunday’s Bathurst 12 Hour.

Whincup was shown a black flag early in the race’s sixth hour for passing two cars – and the Safety Car – under full course yellow conditions.

Serving a drive-through penalty would have dropped the eventual fourth-placed Team Vodafone Mercedes off the lead lap, severely hampering its progress.

However, following pitlane discussions between Triple Eight boss Roland Dane and officials, a review of the situation revealed that the Safety Car had its green light on at the time.

Officials then rescinded the penalty, much to the relief of Whincup.

“You can only drive by the rules,” he told Supercars.com post-race of the situation.

“I came around, the Safety Car had the green light on and two cars just didn’t know the rules and just decided to stay behind the car, where everyone else was coming around and pitting.

“They should pass the Safety Car, because they didn’t, clearly they’re going unnecessarily slowly, you’ve got the right to pass.”

Whincup said he made the decision to pass the three cars himself, rather than waiting for any team instructions.

When discussing how Sunday’s events unfolded, Whincup noted a sense of déjà vu, having famously been dealt penalties late in the Supercheap Auto Bathurst 1000 in 2015 and ’16.

He was black-flagged for passing the Safety Car in 2015, having thought it was displaying its green lights, before a collision with Scott McLaughlin netted a time penalty a year later.

He said of Sunday’s situation: “I saw the black flag and was screaming to the guys in the pits, ‘there’s no way that should be a black flag, please do something about it’.

“They [the officials] were good. They went over it again, looked at all the evidence, and said ‘yeah, there’s nothing you did wrong’.

“At times in racing, once a penalty is applied it can’t be revoked, which I completely disagree with, so it was lucky they looked at everything and came out with the right outcome.

“I’ve been on the receiving end of the wrong outcome here before in the 1000, and I thought ‘here we go, it’s going to happen again’.

“But there’s no way you can sit behind two cars that don’t know the rules and wreck your own race. It was a no-brainer for me inside the car.”

Van Gisbergen collapsed in parc ferme after the finish, due to cramps from braking with both feet, and overheating due to difficulties with the car’s cabin cooling system.