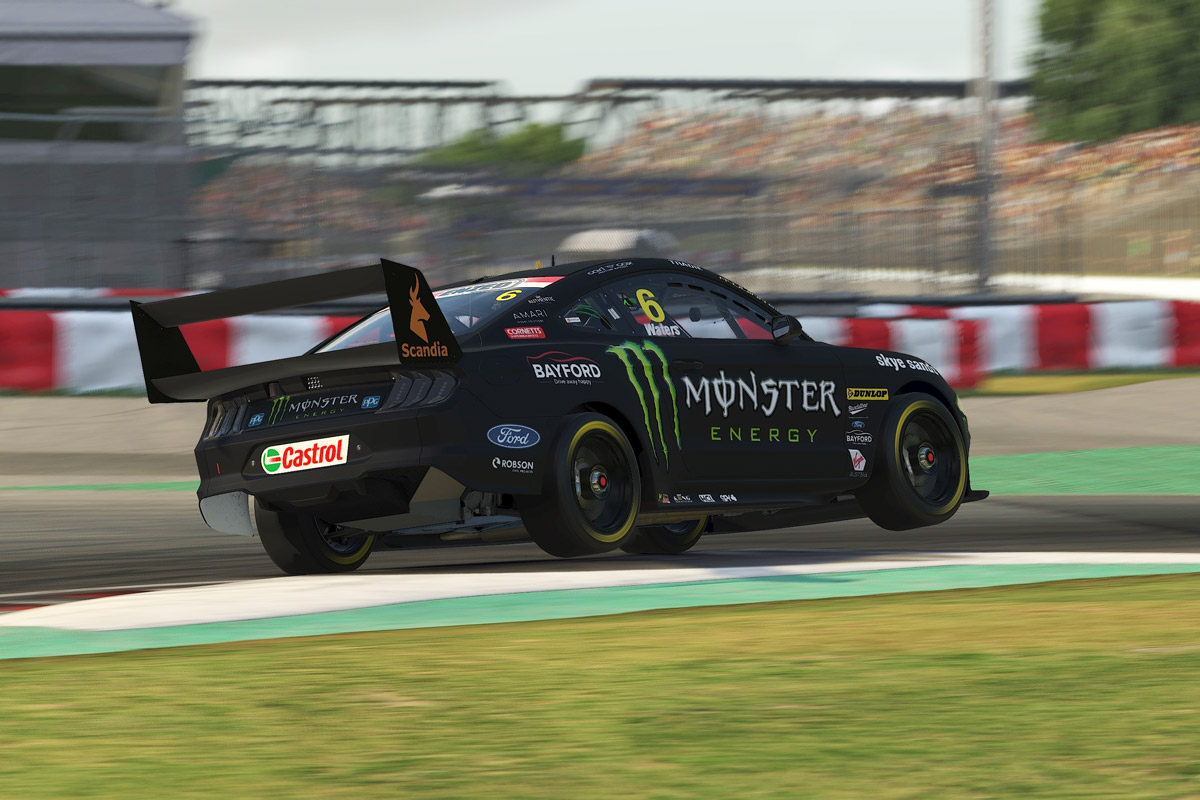 Cameron Waters believes he is half a chance in the BP Supercars All Stars Eseries title race despite lacking the outright pace of multiple rivals.

The Tickford Racing driver remarkably sits second in the standings, just 83 points behind Scott McLaughlin – who along with Shane van Gisbergen and Anton De Pasquale has dominated qualifying sessions with sheer speed.

Waters has managed to consistently accumulate points however and, as the halfway point of the competition approaches, is well placed to pounce if McLaughlin slips up.

“I don’t know why I’m up there to be honest, I think I’m just really good at dodging all of the crashes,” Waters smiled while speaking on Supercars SideTracked.

“I don’t really have the speed of the other guys up the front but I’m like the tortoise [against the hare], I’m just trucking around dodging all of the crashes and coming out the other side with some points.”

Asked about his title hopes, the 25-year-old added: “Look I’m probably the underdog.

“I’m not quite quick enough but I do lots of practice, that’s the only thing I can really do.

“I have probably been closing the gap to those three guys [McLaughlin, van Gisbergen and De Pasquale] who have been the benchmark each week, but if I can keep dodging the crashes and they keep running those reverse grid races I think I am half a chance.”

Waters has been the king of reverse grid races, with an average finish of 4.4 almost twice as good as any competitor.

In total, he has made up 58 places in five reverse grid heats to date, jagging a win and two further podiums in those outings.

There will only be one reverse grid race tonight as part of a revised Round 5 format involving three heats, all at Circuit de Spa-Francorchamps.

“Everyone will say Spa is one of the marquee circuits in the world, so it’s a no-brainer for us to race there in the Eseries,” said the #6 Monster Energy Mustang driver.

“It’s long and fast and offers several places to pass. It’s a really fun track and should offer some good racing.”

Based at his Melbourne home through the COVID-19 lockdown, Waters has been keeping busy by building a remote-control plane as well as ramping up fitness training to be ready to hit the ground running when real-life racing resumes.

“And then I have been on the bike a lot more than what I would usually do as well, so changing it up a little bit.

“It’s actually been kind of enjoyable because it has been a little bit different to perhaps what I would usually do.”

Eseries Round 5 qualifying and race action will take place tonight from 6pm and 7pm AEST, respectively.