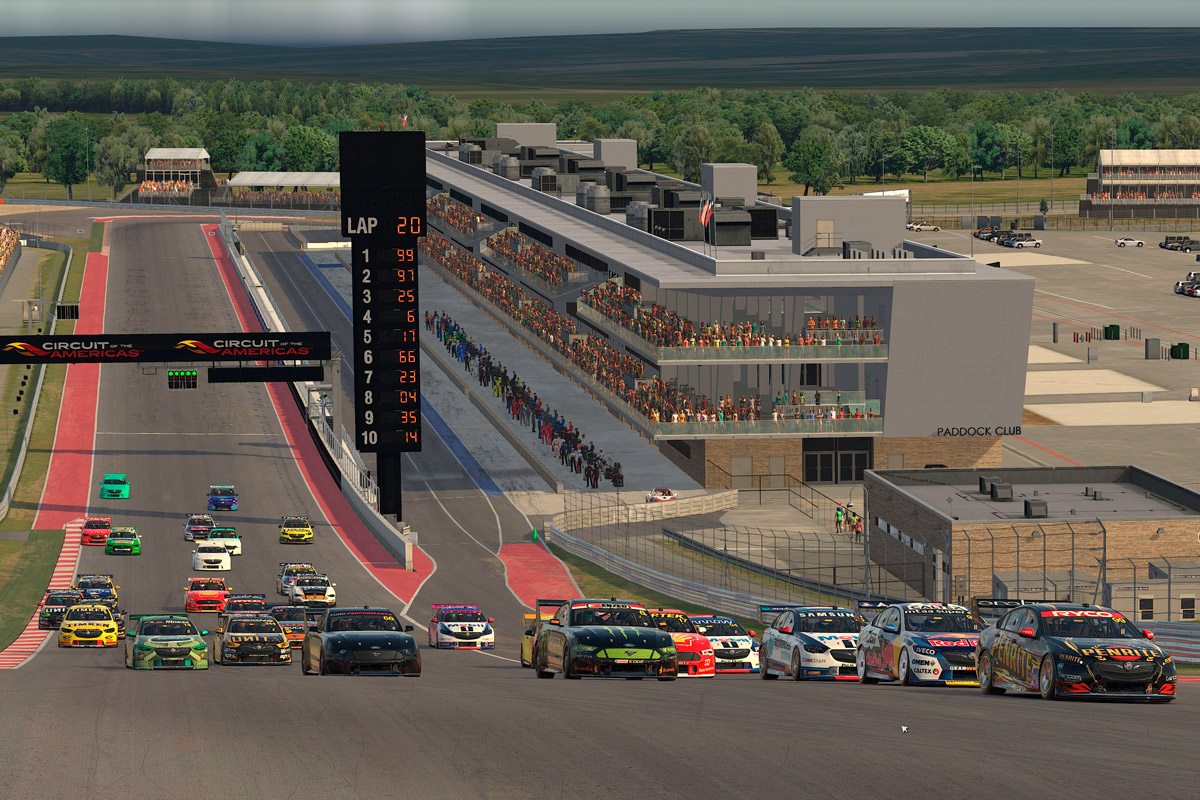 Although there is no official teams’ championship in the BP Supercars All Stars Eseries, bragging rights are well and truly on the line with four rounds to go.

By combining the current Coates Hire Leaderboard scores of all drivers with their teammates, the Shell V-Power Racing team would sit atop the standings heading into Round 7 tonight.

In real-life racing, the consistent Shell combination of Scott McLaughlin and Fabian Coulthard have netted two teams’ titles in their three full seasons together, and currently hold first in the 2020 Virgin Australia Supercars Championship as well.

Their nearest rival is the Tickford Racing pair of Cam Waters and Jack Le Brocq, 149 points back, while the best of the Holdens would be the consistent Walkinshaw Andretti United duo of Chaz Mostert and Bryce Fullwood.

Just 20 points back in fourth is the most in-form driver in the competition, Shane van Gisbergen and his Red Bull Holden teammate Jamie Whincup.

McLaughlin still leads the drivers’ standings by 56 points from van Gisbergen heading into tonight’s seventh round of the BP Eseries.

Tonight’s races will be held at the Charlotte oval circuit and the famous Daytona Speedway in the USA.

*Will Brown replaced Dave Reynolds for Round 2, so their combined score in the #9 Penrite Holden adds to Anton De Pasquale's tally.

**Because Zane Goddard and Jake Kostecki share the #34 Commodore in the VASC, an average of their combined scores has been added to Garry Jacobson’s total.