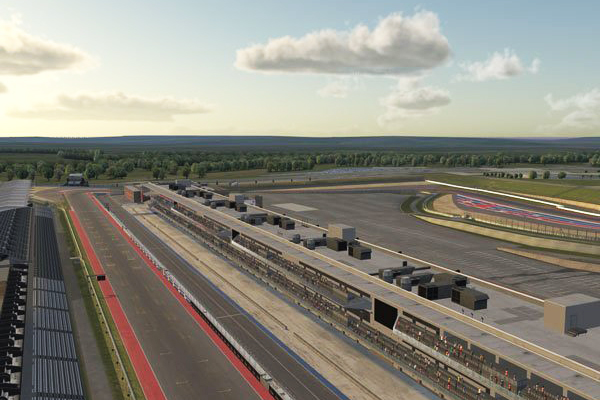 Round 6 of the BP Supercars All Stars Eseries will run exclusively at the Circuit of the Americas, in the latest tweak to the calendar.

Success has been found in recent rounds by focusing on one track, with the racing seen at Circuit de Spa-Francorchamps this week seen as a step forward.

That has led to a decision to drop Sebring from the line-up for the competition’s second visit to North America, having run at Montreal and Watkins Glen a fortnight ago.

Thus, next week will involve three races at COTA in Austin, Texas, where Supercars raced in real life in 2013.

Holden dominated that round, taking every podium placing across the four races – including complete sweeps for Jamie Whincup (three wins and a third) and Fabian Coulthard (a win, a second and two thirds).

Adopting the Spa format, there will be three Eseries races in total at COTA: two shorter races and then a longer feature event.

An ARMOR ALL Top 10 Shootout is considered likely to give a climax to qualifying, but a final decision is yet to be made.

The middle race of the night will be a reverse grid affair, with starting positions for the finale then determined by the total points accrued from the first two races.

While the solo track approach will be adopted for the second successive week, it has been confirmed that Round 7 will involve two circuits: Charlotte, and Daytona’s Roval layout.

The format for that week will be confirmed in due course.