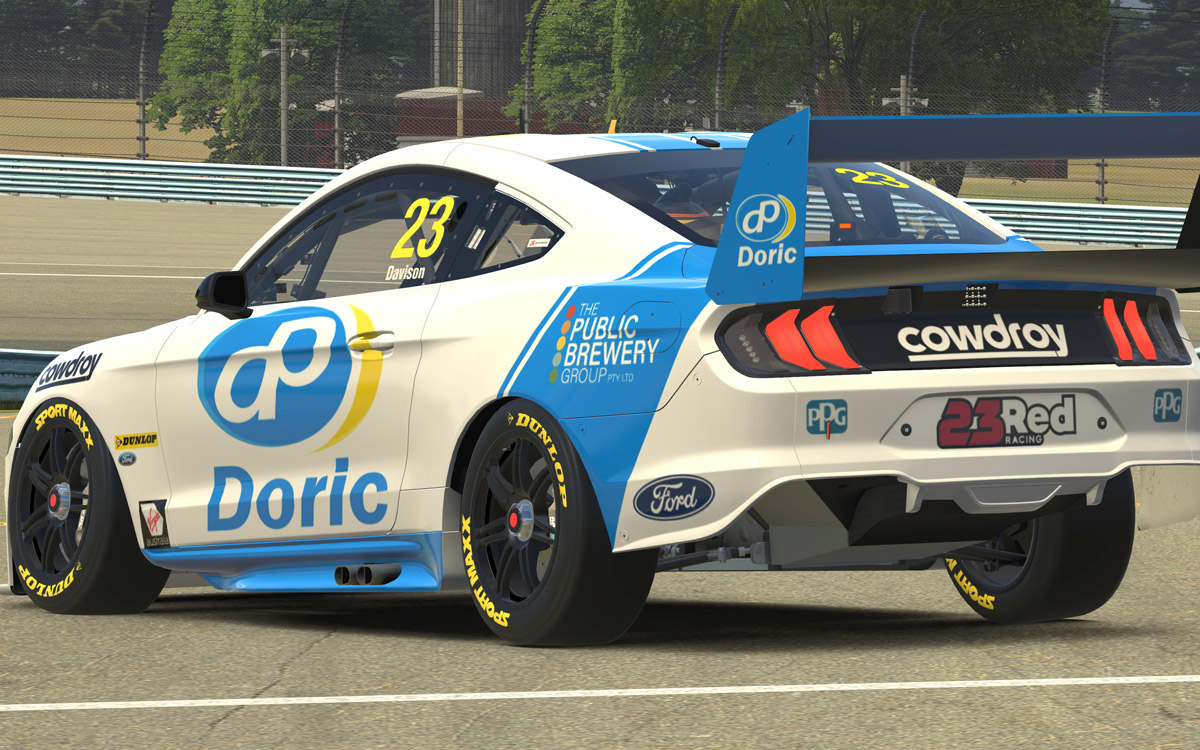 Will Davison has been confirmed to continue in the BP Supercars All Stars Eseries despite losing his real-life seat last week.

Davison was an unlucky victim of the COVID-19 pandemic’s impact on the business sector, with Milwaukee Tool Australia – the primary sponsor of his 23Red Racing Mustang – forced to withdraw their funding.

That has left Davison on the sidelines for the Virgin Australia Supercars Championship’s return to racing next month, with James Courtney and Boost Mobile stepping up to fill what is effectively the fourth Tickford Racing Ford.

What that meant for the remaining rounds of the Eseries was unclear… until now.

Davison has been a solid competitor in the virtual iRacing competition and sits seventh in the standings heading into Round 7 tonight.

The 37-year-old will continue competing but now as an independent entry separate from Tickford and no longer with his striking red paint scheme. 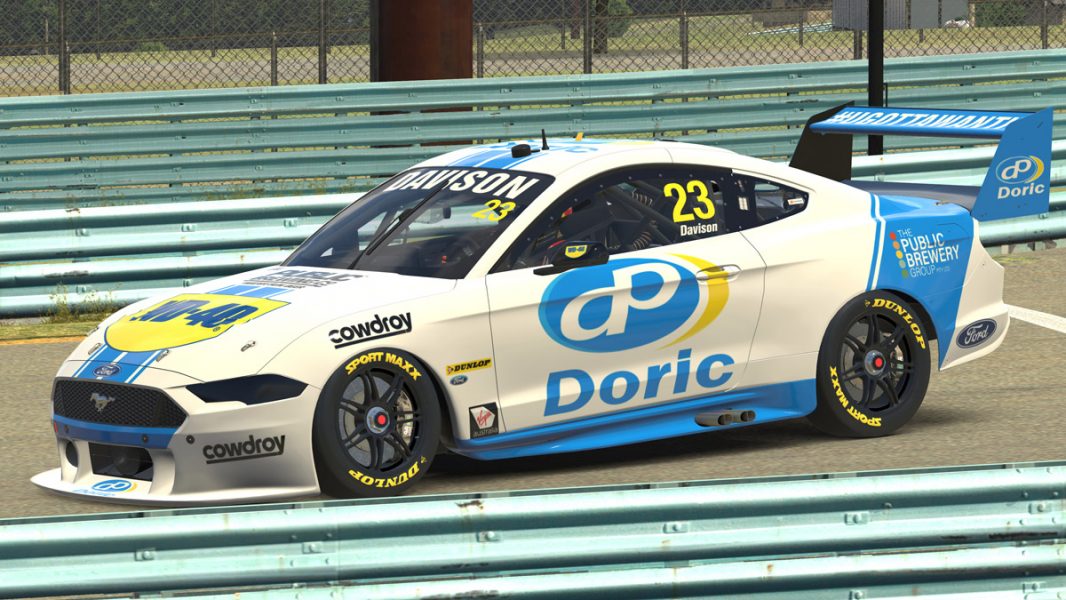 Instead, Davison will don branding of his personal sponsors Doric, Cowdroy and WD-40, as well as maintaining spots for 23Red Racing and its owner Phil Munday’s The Public Brewery Group.

“Obviously it’s unfortunate circumstances, but I still want to be involved in the Eseries while working on my future plans in the real world,” said Davison.

“The support of Doric makes this possible, they’ve been great friends over a long time, so to be able to continue in the Eseries with their support is exciting.

“Last week at Circuit of the Americas I unlocked a few things in iRacing, so hopefully that can carry over tonight and we can nail down some more solid results, and move up in the championship standings.”

Alchin Long Group marketing and sponsorship manager Tom Arciuli added: “You dream about sponsoring a Supercar, this isn’t quite the real thing, but it’s still very cool for Doric!

“We’ve been standing by Will for the past 10 years, so we’re proud to be able to continue to show our support through the Eseries.

“Whatever the future brings for him on the track, we will continue to be in his corner.”

A two-time Bathurst 1000 winner, Davison has vowed to throw everything at earning a return to the grid.

“It’s a commercial world, and I’ll do whatever it takes to get myself back out on the grid soon,” he said on social media.

First, he will look to impress on the virtual NASCAR circuits of Charlotte and Daytona tonight.

Courtney meanwhile will not take part in Round 7 action, with Tickford fielding three NASCAR-liveried Fords.