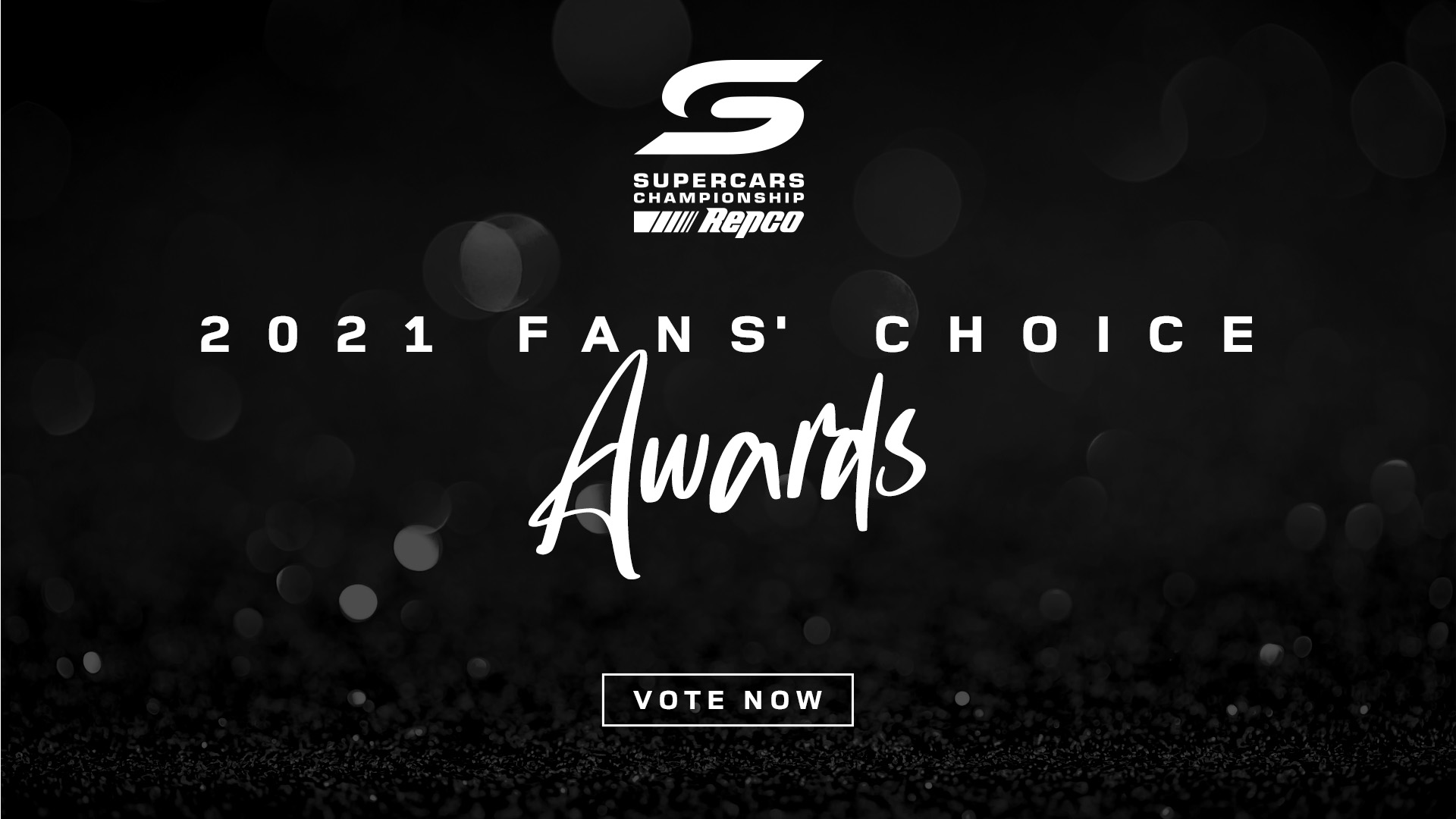 Voting is is now closed for the three Fans' Choice Awards to be presented at the end of Supercars' 2021 season.

One driver, team and event will be recognised by fans of the Repco Australia Supercars Championship as part of the annual end-of-season event.

The Most Popular Driver, Best Presented Team and Best Event will then be crowned.

Most Popular Driver - Who is your favourite Supercars driver?

Best Event - Which event achieved excellence in it's management, promotion and made the greatest contribution to the Supercars Championship?