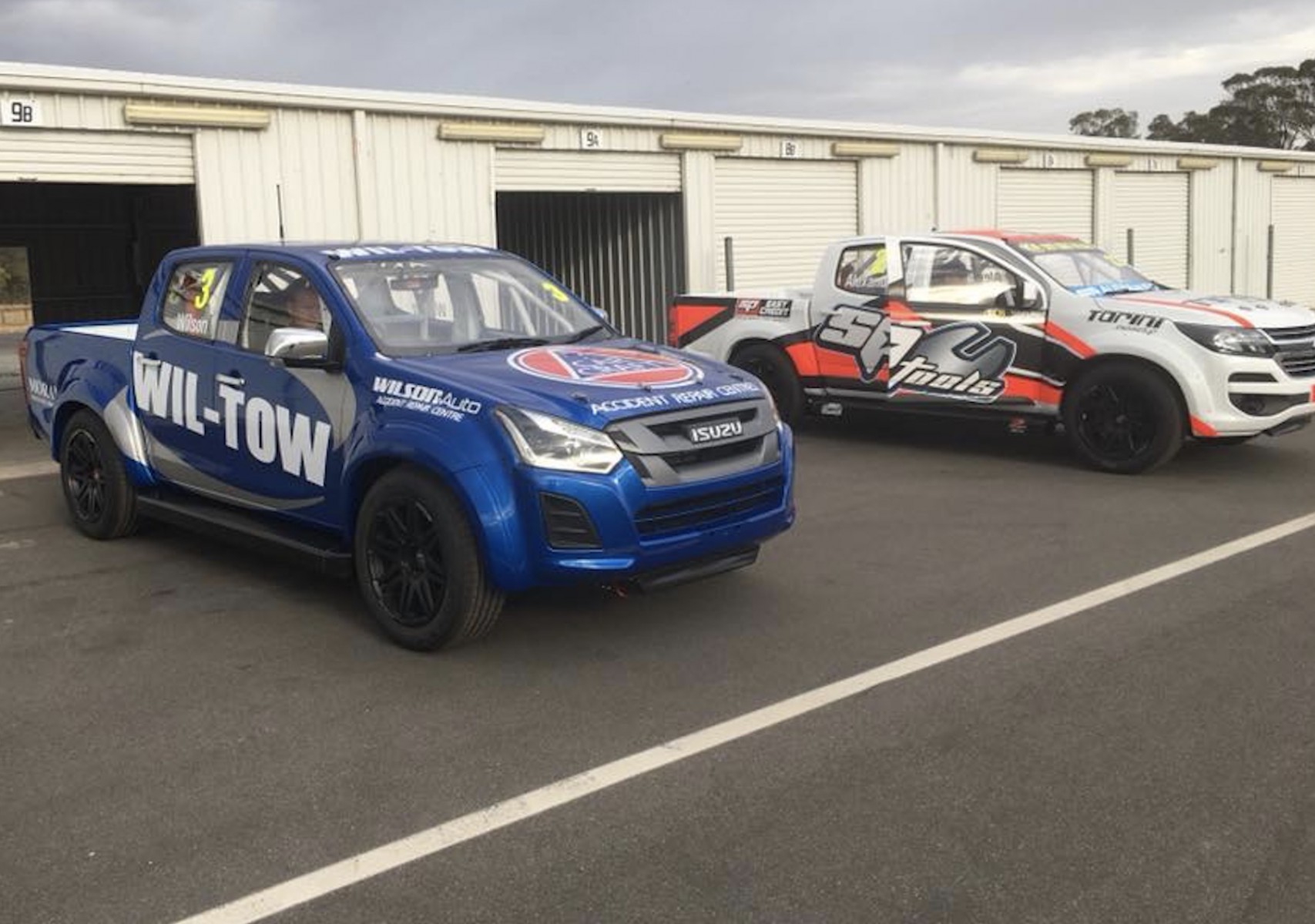 The Isuzu D-MAX SuperUte has undergone a maiden test alongside its rivals across two days at Winton Motor Raceway in rural Victoria.

After missing out on the maiden event at the Adelaide 500, Isuzu owner Steve Wilson made his first appearance with his SuperUte rivals at the open test across Thursday and Friday.

Isuzu was expected to be the sixth manufacturer on the grid for the series opener last month, but was ruled out due to engine homologation delays.

Wilson steered the Ross Stone Racing-preapred D-MAX two weeks ago for its first shakedown at Norwell on the Gold Coast.

The former V8 Utes racer will join the ECB SuperUtes Series for the second event at the Winton SuperSprint next month in May.

"We had a bit of a play with the car and we've had no problems at all, the car feels fairly strong," Wilson told Supercars.com.

"We haven't had as much track time as the other teams in the field due to the delays with the engine development, but it seems to be fairly close to the mark.

"There's still a bit of work to do and a bit more track time for me to get more comfortable with the car will help, but it's looking good and we should be on the money for the next round.

"I'm looking forward to the next round of the series at Winton, which is the first time I'll be racing the Isuzu."

The Isuzu was joined at the test by Holden Colorados from RSR and Team 18, Ranger Racing's Ford and the Seiders Racing Team's Mitsubishi Tritons and Toyota Hiluxes.

Peters Motorsport elected not to take part with its Mazda BT-50s, focussing on workshop preparation after winning two of the three races in Adelaide.

Wilson does not expect his experience from racing V8 Utes at Winton to count for much when the SuperUtes compete at the venue next month.

"I haven't had that much experience compared to the other guys in the field," Wilson added.

"I don't think the V8 Ute experience is that helpful to be honest, they're a completely different car to drive.

"I'm just getting a feel for the different brakes and turbo-diesel engines, as they're very different to drive, but they're good fun."

Craig Woods (Toyota) leads the series heading into the second round at the Winton SuperSprint on May 18-20.