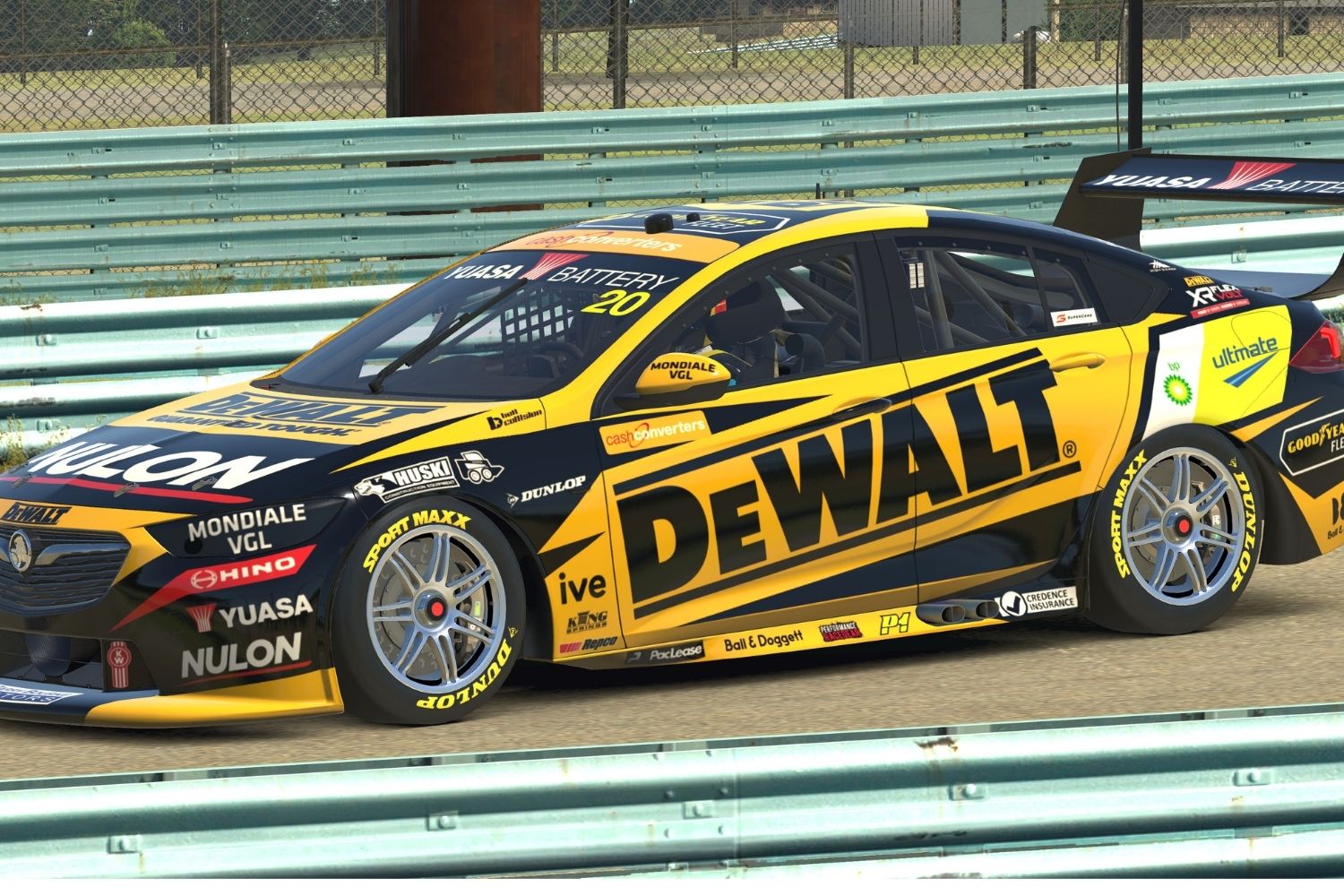 Team 18 has confirmed that Scott Pye will return to spearhead Team 18’s campaign in the 2021 Cash Converters Supercars Eseries.

Pye will take on his Supercars Championship rivals when he lines up in the All Stars field, taking the wheel of his #20 DEWALT Racing Holden ZB Commodore in the online racing series.

This year the series takes on a hybrid format, with the All Stars and Pro Series to share the billing each night of the six-week schedule while competing in separate races for their own championship points.

The All Stars will include a host of main game Supercars and Dunlop Super2 drivers, while the Pro Series will feature elite gamers competing for the top prize of more than $20,000.

Team 18 will field a single entry in both the All Stars and the Pro Eseries this season, with the team yet to announce their pro gamer to fill the seat of the #18 IRWIN Racing Commodore.

Pye was one of the crowd favourites of the hugely successful inaugural All Stars Eseries last year, when the full Supercars field was virtually pitted against each other as real racing was paused when the country faced the grips of the COVID-19 pandemic.

“It’s great to have the chance to take part in the Supercars All Stars Eseries again,” said Scott Pye. 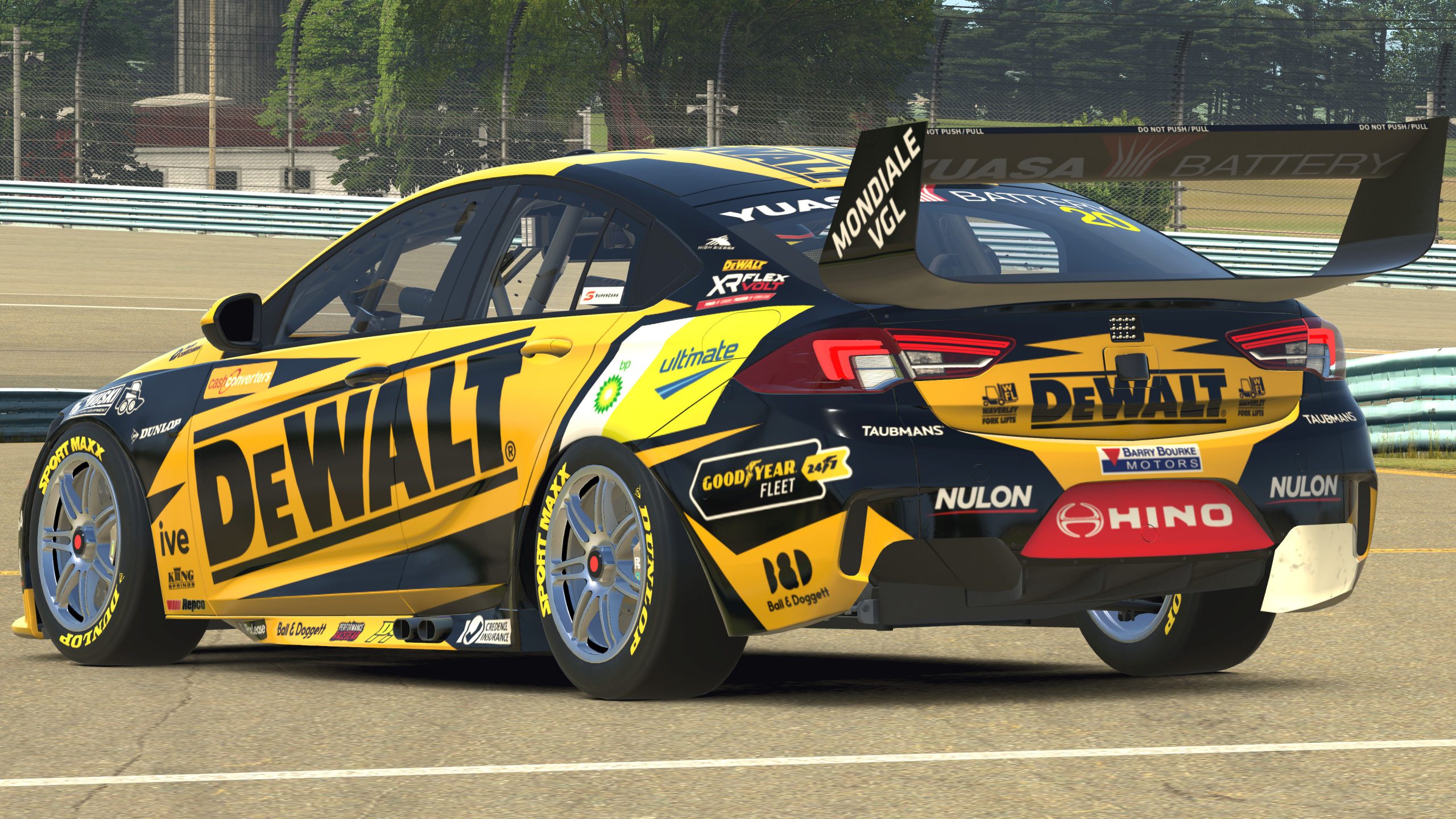 “It was such a fun experience last year and I had a great time entertaining the fans while we couldn’t do it on track in the real world.

“The streaming and the fan engagement were what made it so successful in the first place and I really embraced that side of it.

“It’ll be interesting to see who lines up from the other teams this season, while it’s not as serious as the real thing we saw last year how passionate we got, and we’ll definitely see the elbows out again!”

“It’s unfortunate that the pandemic has once again resulted in a break in our championship, but this six-round Eseries will be a great way to stay focused and prepare for when we return to racing in October.” 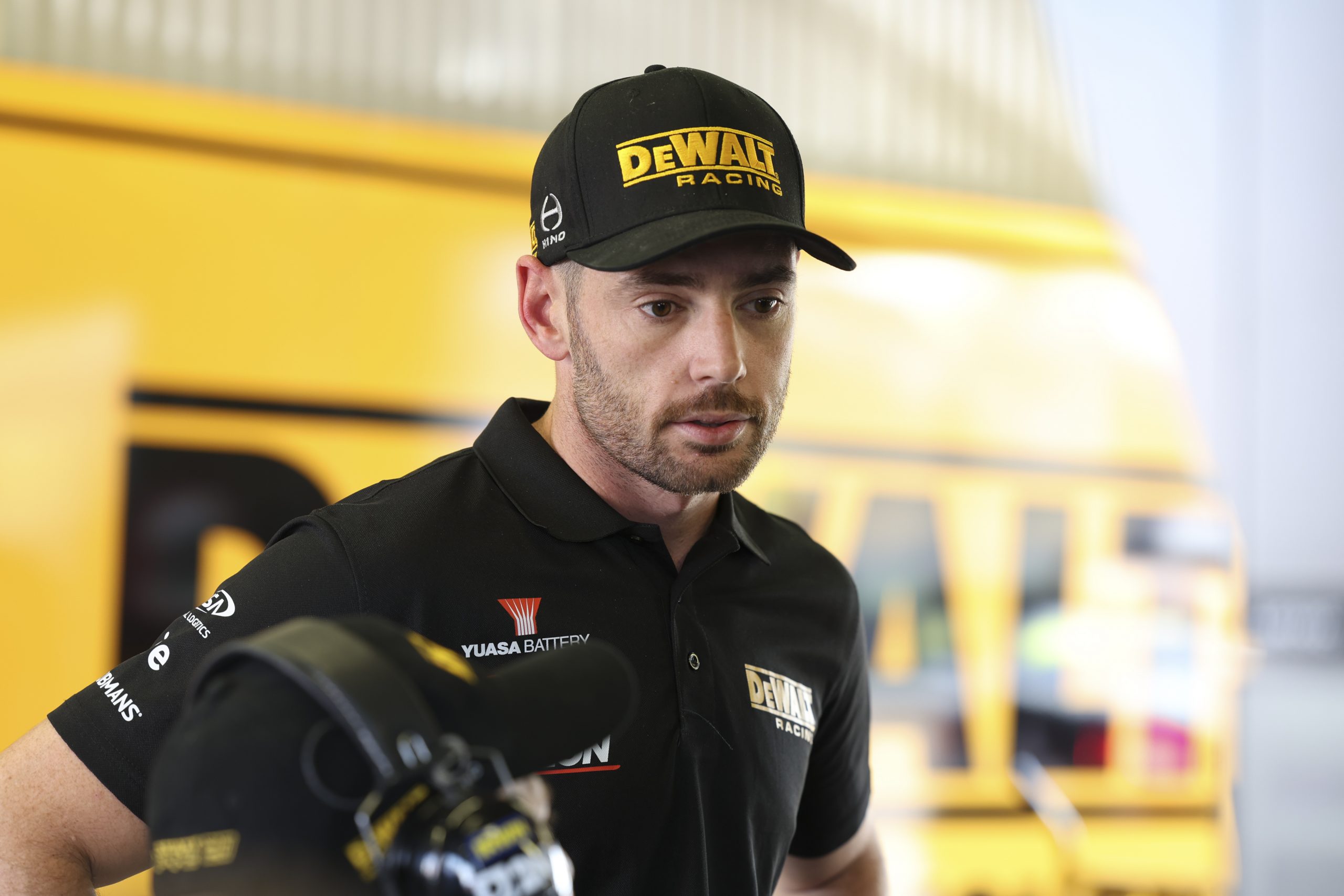 Pye placed 16th in the Eseries standings last year but gained an enormous online following by streaming his racing to thousands of fans via Twitch, as viewers tuned in to engage with their racing heroes during the pause in real-world motorsport.

Supercar drivers will tackle five famous oval circuits for the All Stars Eseries, while the Pro Eseries will race at Phillip Island, the Red Bull Ring and Road America, before both series combine for an endurance race at Mount Panorama.

The Eseries will be broadcast live on Fox Sports 506, Kayo, 7Plus, as well as streamed on Supercars’ Twitch, Facebook and YouTube channels.