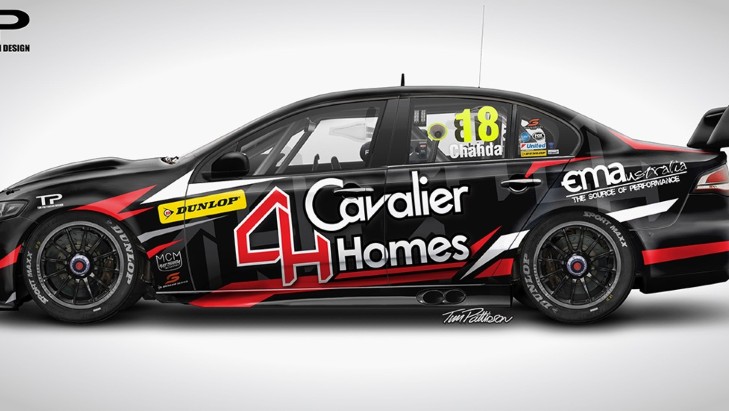 Matthew Chahda is eager to begin racing under his own 'Matt Chahda Motorsport' banner this weekend at the Winton SuperSprint, after deciding to campaign the remaining rounds of the 2015 V8 Supercars Dunlop Series as a privateer.

Following a devastating Perth, which saw Chahda forced to sit out the round aftera rear suspension issue with his Commodore, the 21-year old departed R-Sport Race Engineering and will nowcampaign the series with hisfamily-run team.

He will switch to Ford colours for the remainder of the season, after the Chahda family purchased a Falcon FG from Gold Coast-based Matt Stone Racing for the assault on the series.

"He got back at nearly 11 o'clock last night.

"We've just been flat out trying to get things ready and there's a lot of stuff that's had to be prepared within the team ... but it's all on track so we're pretty happy about it. I'm pretty keen to get started."

The former Matt Stone Racing Falcon is a series-winning car, having taken out the Dunlop Series title in 2012 withScott McLaughlin behind the wheel for Stone Brother's Racing.

It was last piloted by Shae Davies at Sydney Olympic Park in 2014, and is backed by Cavalier Homes Australia and New Zealand for Chahda's privateer Dunlop Series campaign.

On debut at the Clipsal 500 Adelaide, the Albury-native was 15th for the round and is confident he can improve his results with Matt Chahda Motorsport, despite not contesting any of the three races at Barbagallo.

"It's good to have stable support behind us," he told v8supercars.com.auafterhaving secured Cavalier Homes as naming rights sponsor.

"It makes for a lot less worry so we can just concentrate on the car.

"Originally, I really wanted to go for Rookie of the Year, but that's fallen apart a bit through having to sit out a whole round at Perth.

"But I'm pretty confident I can get some top ten results this year, and I'm hoping to break into the top five later on in the year."

Chahda heads to the Winton SuperSprint 24th in the series standings.

Hat-trick for Waters at Barbagallo