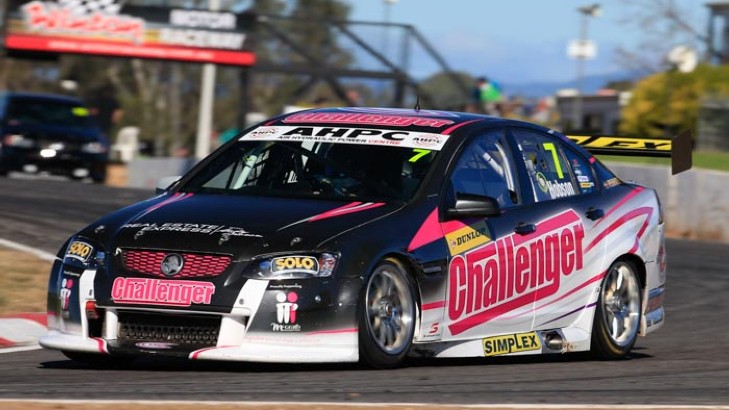 RSport Race Engineering's Brett Hobson will campaign the Castrol EDGE Townsville 400 in a new car this weekend, after offloading his crash-marred Commodore used in the first half of the season.

However theex-Kelly Commodore he drives this weekend will be making a one-off appearance, with Hobson planning to purchase a different car to tackle the remaining rounds of the 2015 V8 Supercars Dunlop Series.

The 29-year-old considered purchasing a new car after the crash, but the team abandoned those plans and restored the beaten-up VE2 Holden to race at the following rounds at Winton and Perth.

But Hobson said he still didn't feel comfortable in the car after it's repairs, with the squad electing to sell the car and place him into itsspare for Townsville.

"Once we got the old car back together, it just wouldn't react to anything that we did to it and we just weren't feeling it," Hobson told v8supercars.com.au.

"We didn't have the time to try and make it work or do something with it, so it was just easier for our team to move the car on and step into another one.

"This weekend in this car is just about getting my head back to where it should be after getting back in the old car where it wouldn't do anything that I liked and couldn't get it to actually move forward.

"So this weekend if we start somewhere and get quicker and quicker as the weekend goes on, then we've achieved something."

With the next round at the Coates Hire Ipswich SuperSprint coming up in three week's time, Hobson is looking to secure the purchase of his new car soon.

"So far this current car is just to get us through this weekend, and then for Queensland, Bathurst and Homebush, we'll acquire a new car," he said.

"The new car, it's still not 100 per cent signed, sealed and delivered, but it's in the pipeline ready to go. Hopefully, it'll all be alright."

The car Hobson will use this weekend is the same equipment Matt Chahda used at the start of the season before he departed RSport and established his own team.

Hobson will take to the track for the first time in the one-off Commodore today for practice one at 9.00am.

Waters' car key to his success

Winton crash in the past for jet-setting Jones