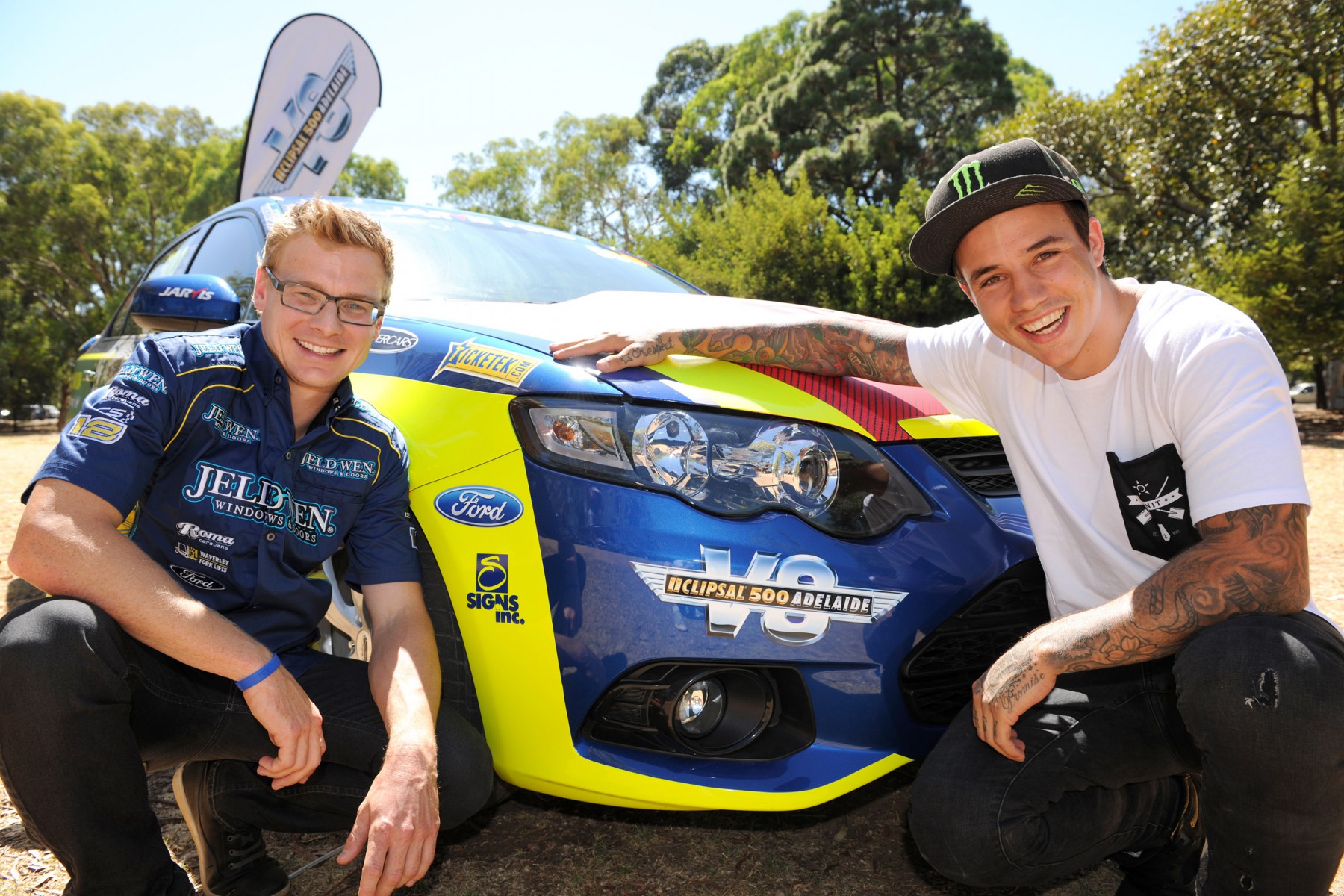 The star studded entertainment line-up for the 2014 Clipsal 500 Adelaide continues to grow with the announcement of the Clipsal 500 BMX RAMPage, which will see eight of the world’s top BMX Dirt Freestyle riders compete over four days for $17,000 in cash and prizes.

One of the most explosive BMX riders on the planet, Gold Coast’s, Kyle Baldock was in Adelaide today along with V8 Supercars driver Jack Perkins to launch the new competition at the upcoming Clipsal 500 Adelaide. Baldock had a 2013 to remember picking up two gold medals in the BMX Park and Global X Games in Brazil. He headlines a list of world-class performers including; Cam White, Andy Buckworth, Jaie Toohey and Jack Fahey.

“The Clipsal 500 can’t come around quickly enough for me," Perkins said.

"I’m really thankful to Charlie (Schwerkolt, team boss) for giving me the opportunity and I can’t wait to get out there and show what I can do."

When asked about his skills on a BMX, Perkins replied, “After my efforts today I think I’ll stick to four wheels. Kyle is absolutely amazing though, the things he can do on a bike are incredible and hopefully I get some free time to check out his performance at the Clipsal 500.”

Clipsal 500 CEO Mark Warren said he was excited to announce the Clipsal 500 BMX RAMPage, which adds to the growing list of entertainment and provides patrons with an entirely new attraction at this year’s event.

“The Clipsal 500 has a strong reputation as one of this country’s most successful entertainment events and we’re proud of the diverse entertainment offerings available to our patrons. Construction of the BMX course will begin on February 19 and will require us to import over 400 tonnes of soil to create the world-class course,” Warren said. 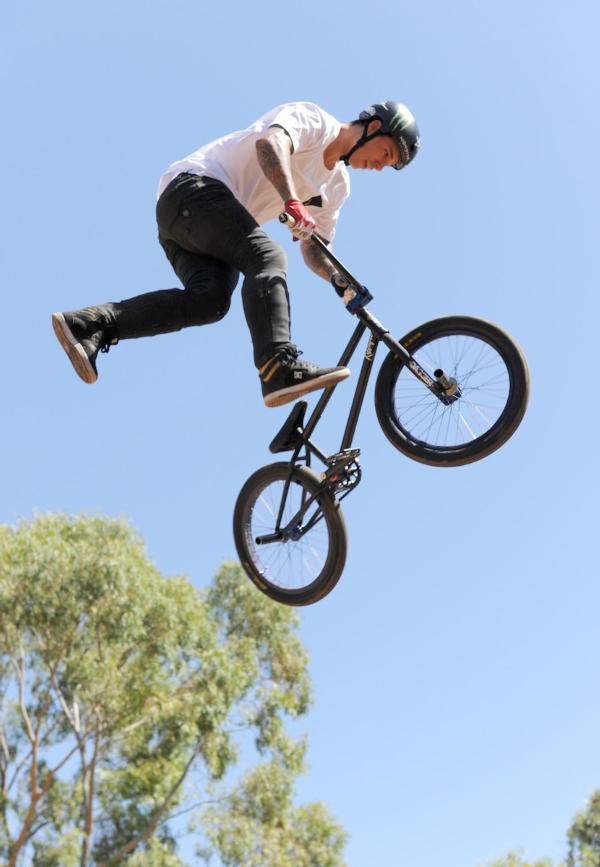 Click here for more information on the season opener, the Clipsal 500, and for tickets, which are on sale now for the February 27 to March 2 event.

A Cheeky Peek at DJR's Livery

Ingall: I Didn't Want to be a Co-Driver