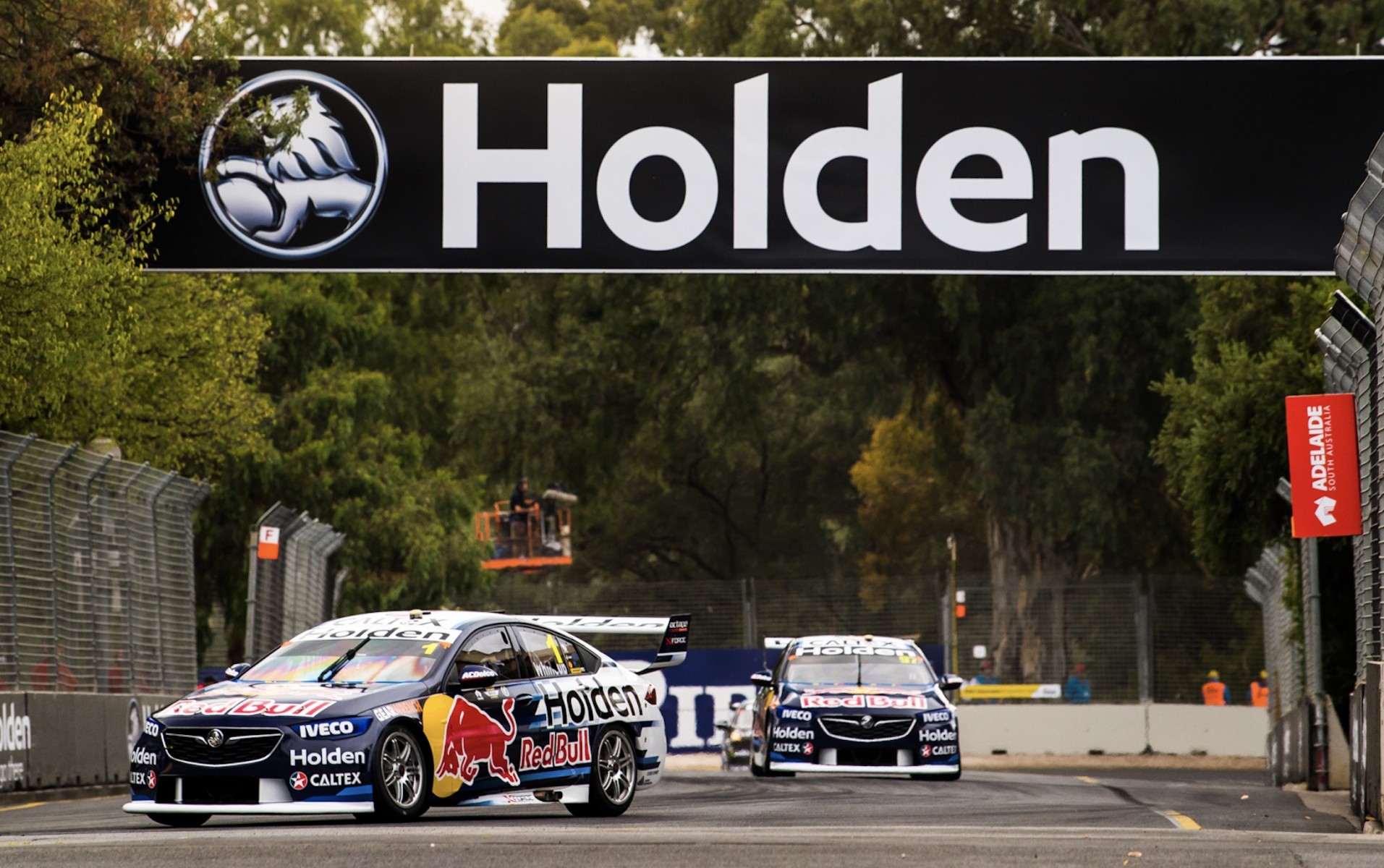 Holden is amid a period of major change following the end of local manufacturing last October, ending its 69-year run as a car maker.

A 20-year veteran of Holden’s parent company General Motors in Europe, the US and China, Harland was seconded to Australia last year to help steer Holden’s re-invention.

Holden’s 2017 was officially dubbed a “year of transition”, with its marketing focused on representing a modern, inclusive Australia.

That included sponsorship of the Sydney Gay and Lesbian Mardi Gras and a greater emphasis on women’s sports. 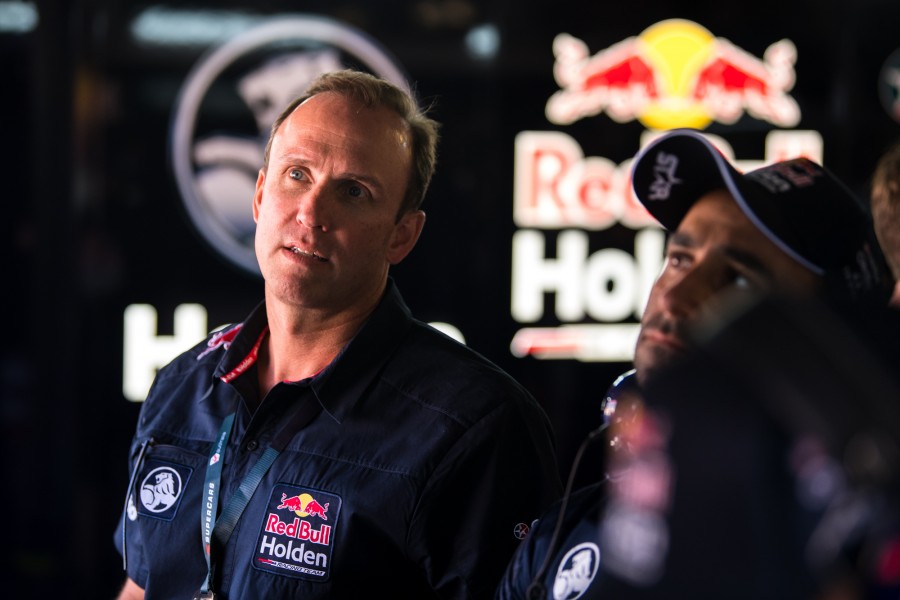 Harland in the Red Bull garage in Adelaide

Holden’s current Supercars deal was done under the company’s previous marketing regime in mid-2016, committing to Triple Eight as its new factory team for three seasons from ’17.

Although having since added different elements to its marketing mix, Harland is adamant that motorsport remains a key platform for the brand.

The Canadian-raised Harland was among the near 300,000 attendees at the weekend’s Adelaide 500, where the ZB Commodore won on debut.

“So we want to represent Australians and the things that they love to do.

“Part of Holden’s DNA is motorsport, so we’re going to continue to show the people who love motorsport that we’re in it to win with a great new car. 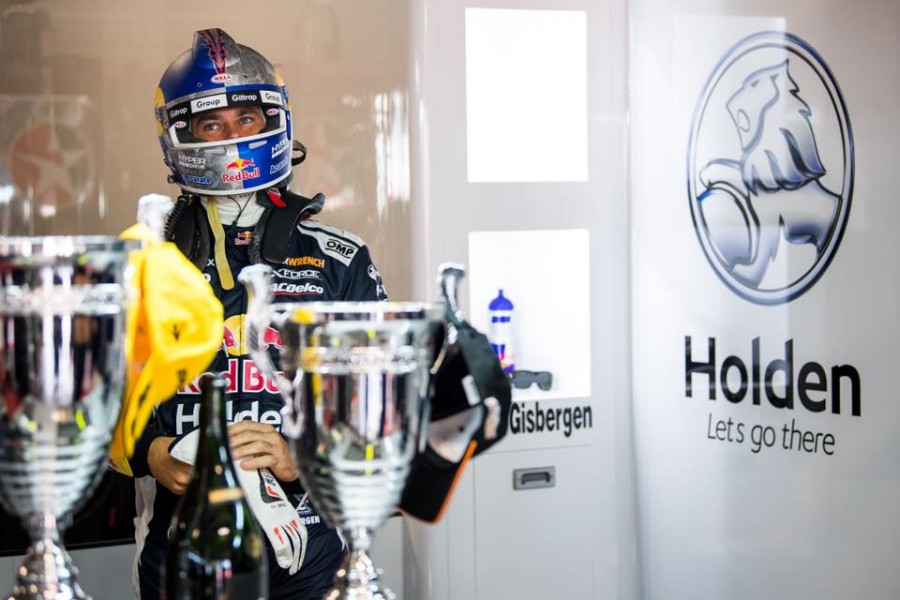 Holden cleaned up in Adelaide with Shane van Gisbergen

“Motorsport will be a big part of what we do. Yes, we’ll do other initiatives, like supporting the AFL and NRL bringing their women’s games along.

“There’s other things we’re going to do to show we’re balanced and representing what modern Australians care about, but for motorsport fans we want them to know that we’re behind motorsport.

“Motorsport is in the DNA, that’s what we like to do on the weekends here.”

Harland added that racing has taken on extra importance as a “proof-point” of the new Commodore’s legitimacy.

Based on the Opel Insignia, the German-made ZB is the first fully-imported Commodore, which must prove itself in the Australian market. 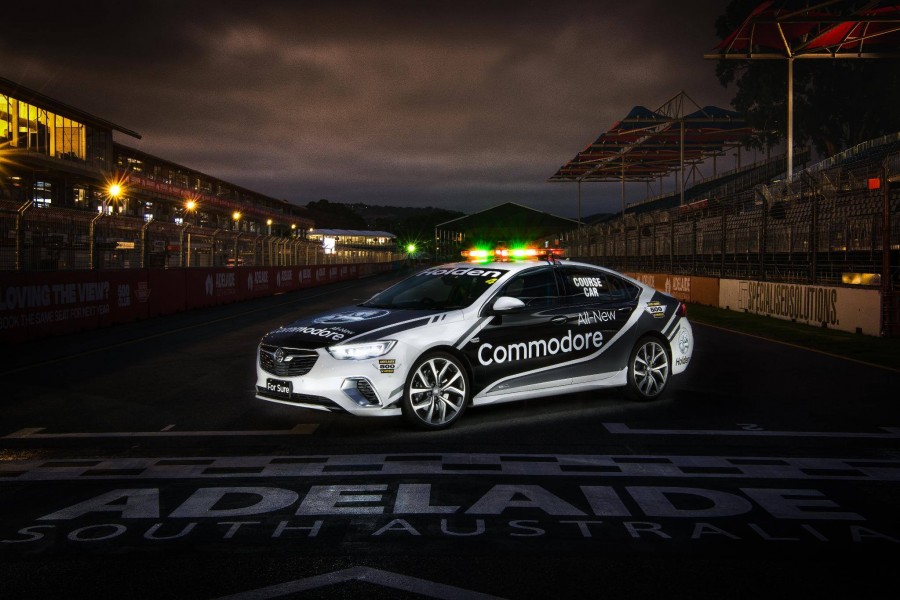 The ZB was also used as a Course Car in Adelaide

The ZB’s debut came on the same weekend as that of the Holden Colorado in the new SuperUtes Series, which also produced a race win.

Harland’s appearance in Adelaide followed a small presence for the marker in the Supercars paddock last year after the exit of former sponsorship manager Simon McNamara.

“I’ve been around GM for 20 years and around motorsport, so I love it,” Harland said.

“This year’s plan is to try and get me, our MD Mark Bernhard, and our other senior leaders to the track on a regular basis.

“Aside from the [factory-backed] Red Bull Holden team, we want to tell all the guys that are driving Holdens that we’re committed to the sport and excited about it.

“The new ZB looks great and is fast, and we’re doing the same with Colorado, so I think it makes a statement that Holden’s not going anywhere. 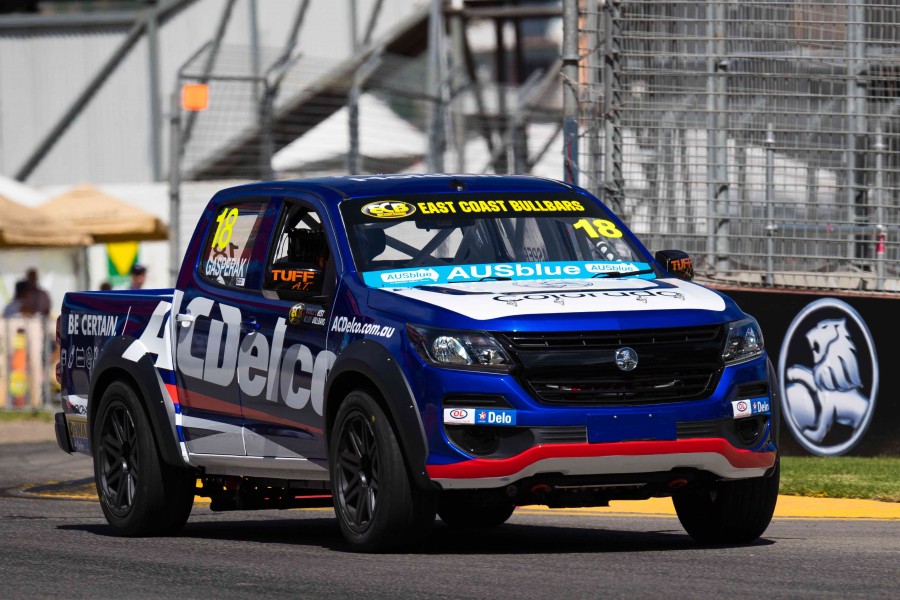 The Colorado also debuted in Adelaide

“We’re committed to the sport and it’s important for us. It’s a proof-point for what our new products can do.

“As you can imagine, not building a Commodore in Australia, it can’t be the same as it ever was.

“[But] winning on the track is a proof-point for the people that may have some doubts about a Commodore that’s built somewhere else in the world.

“Anchoring it here, winning here, shows that this is a serious car for people who love to drive.

“It’s a great proof-point and will ultimately transfer to sales in the showroom for us. Ultimately that’s what we want.”

Adelaide promise to disappointment for BJR

Triple Eight only scratching the surface with ZB