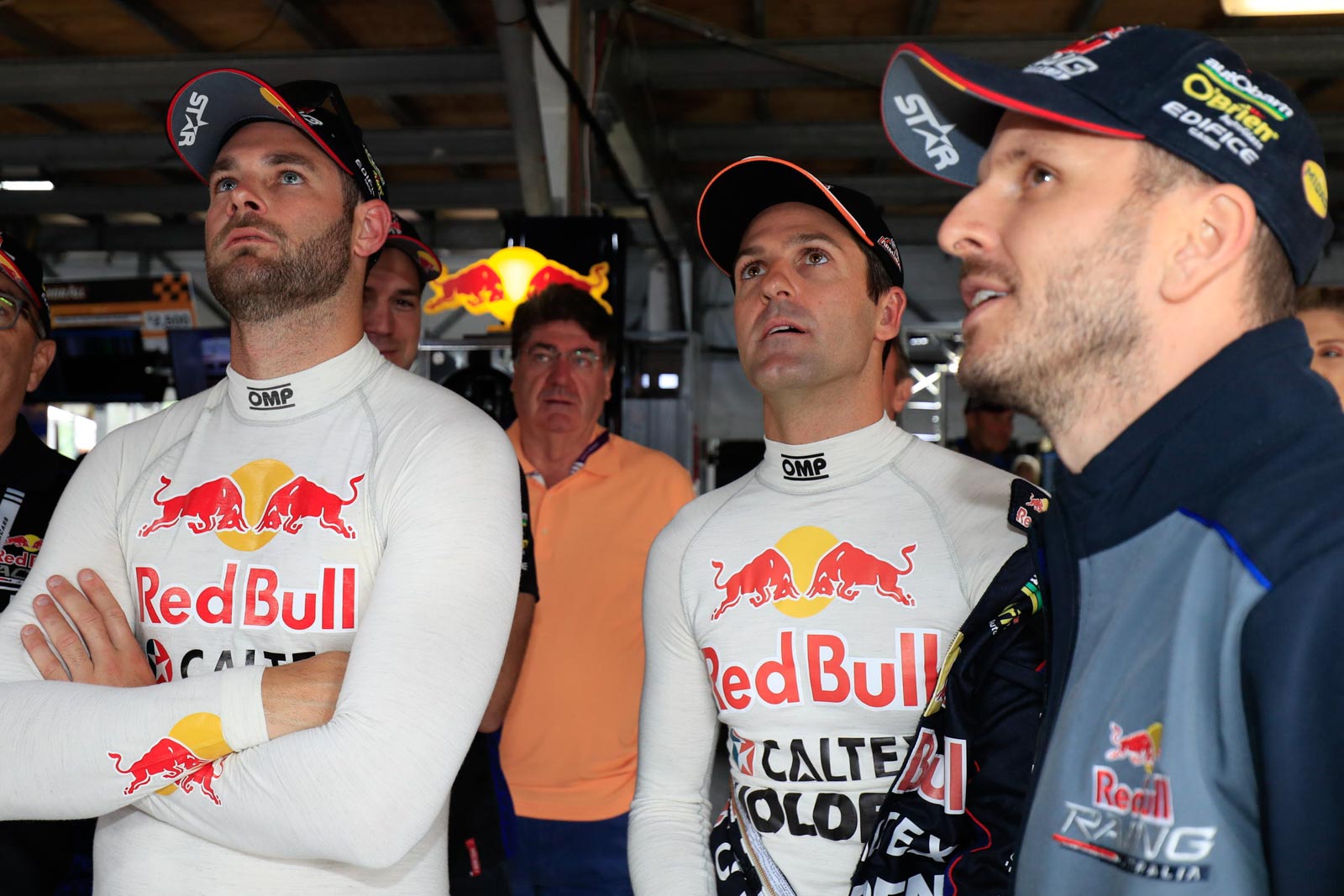 Jamie Whincup has promised there will be no Lewis Hamilton-style antics during his battle with Red Bull Racing Australia team-mate Shane van Gisbergen for the Virgin Australia Supercars Championships at this weekend’s Coates Hire Sydney 500.

Hamilton was running second in the world driver’s championship and was hoping rivals would be able to pass Rosberg and help him bridge the points gap. It didn’t work, Rosberg finishing second and winning the title.

Whincup is 191 points behind van Gisbergen with a maximum 300 points to be won across this weekend’s two 250km races, made it clear that if leading van Gisbergen he wouldn’t be trying to push him back down the field.

“No, I don’t think so – I’ve got a bit more respect than that against my team-mate,” Whincup said after Friday practice at Sydney Olympic Park. “So I’ll go out there and do my thing and see where we end up.

“We will go out there and race hard and race fair and there will be nothing untoward.

“I am sure we won’t have it all our own way. There will be four or five other cars in the mix as well, so we will just feel through that. I just need to do my job and get to the front.”

Whincup ended up third fastest in blisteringly hot conditions on Friday, 0.1891 sec behind his team-mate, who set fastest time and broke the practice lap record into the bargain.

The six-time champion has clinched three of his titles at the Sydney Olympic Park street circuit, but was discounting that as a potential advantage over van Gisbergen, who is in line to win his first VASC title.

“It’s good to have experience coming down to the last weekend at this place, but Shane’s been around long enough, it’s not like he is a rookie in this series or anything like that."

While van Gisbergen was clearly happy with the behaviour of his car and the added grip provided by the use of soft tyres on the rough street track, Whincup was disconcerted.

“I think it’s been the hottest we have ever had here on a Friday,” he reflected. “Throw some soft tyres in the mix and the track has deteriorated, so it was hard work out there.

“We just didn’t get it together, the car was pretty ordinary at the end there, we used a lot of tyres to go quick … so we have a lot of work to do tonight.”

Whincup said the track deterioration was the tarmac simply ageing rather than breaking up.

“The more road cars drive around on the road, the more oil that gets dropped … so the track is a little bit slipperier because it has deteriorated and because of the heat. It’s no issue, it’s the same for everyone.”

The temperature is forecast to dip noticeably on Saturday and Whincup said that could potentially be good news for him and his search for a set-up.

“I think there will be massive change no doubt and that’s a good thing for me when the car’s not so nice.

“Hopefully it turns around tomorrow.”