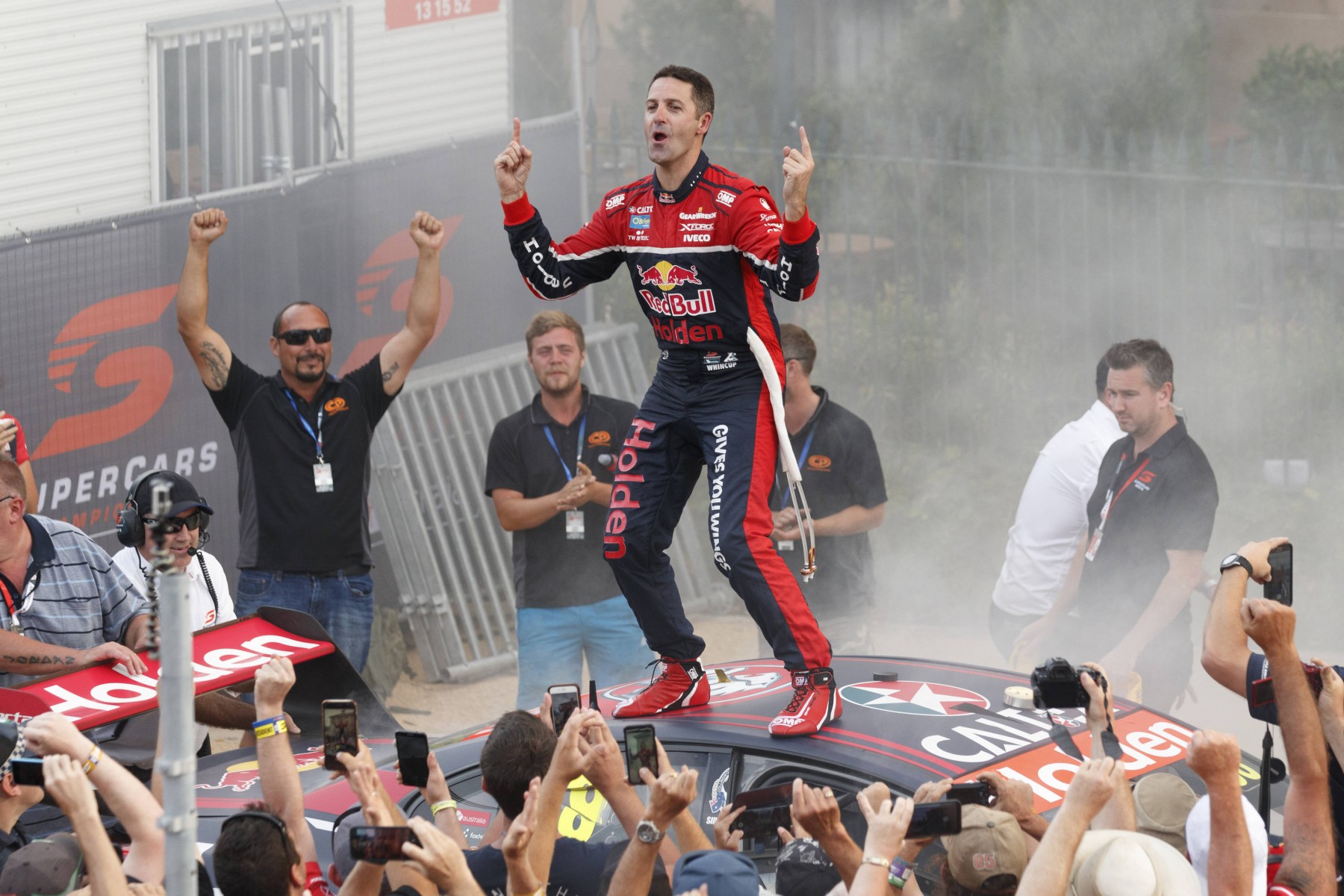 Seven-time Supercars champion Jamie Whincup will extend his contract with the Red Bull Holden Racing Team through to the end of the 2019 season.

Whincup was entering the final year of his deal with the team he joined in 2006, but has now agreed to a 12-month extension.

That brings him into line with Triple Eight team-mates Shane van Gisbergen and Craig Lowndes, who both signed new deals until the end of 2019 last year.

Since joining Triple Eight from Tasman Motorsport as a 23-year-old, Whincup has won all seven of his titles, 106 championship races and Bathurst four times.

He is due to start his 400th race with Triple Eight this year, his 13th season with Roland Dane’s outfit.

“I’ve been with Triple Eight for a long time now and we’ve achieved a lot together, but at the same time still feel we have so much more to prove,” Whincup said.

“I’m rapt to be staying within the family for at least the next couple of seasons and massively looking forward to the challenges that the new Commodore and then the V6 engine next year will present.”

The Triple Eight-developed ZB Commodore is entering Supercars this year, while work continues on its twin-turbo V6 engine with partners KRE Race Engines and GM Racing.

Dane has outlined plans for the V6 to make its race debut in 2018 ahead of a full rollout in ’19, with three wildcard appearances set to include Bathurst.

The deal was struck after Whincup sealed his seventh title in Newcastle last November.

"Jamie wanted to wait until the season was done and then it took us about 15 minutes just to finalise that towards the end of last year, put it in the drawer and go on holiday," Dane told Supercars.com.

"We’ll probably have to some paperwork at some stage, but paperwork’s not important, if two blokes agreed on something, the deal’s done in my eyes."

Radisich name back in a Supercar in test