What's in a Number: The Number 2

What’s in a Number: The Number 2

What's in a Number: The Number 2 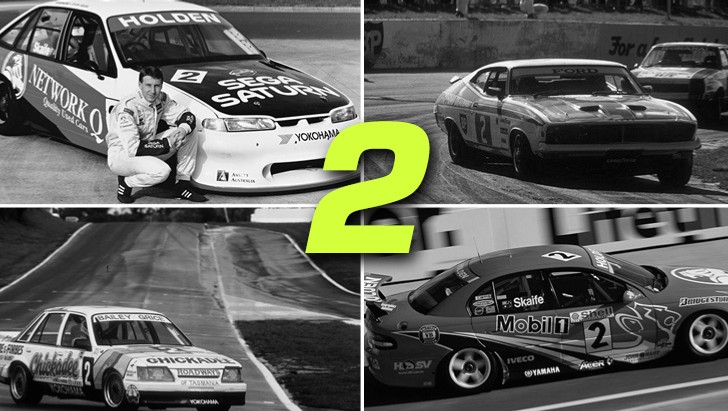 Motorsport is all about numbers, no matter what their combination or use.

Just as numbers separate the winner from the runner-up in terms of seconds and positions, they also give identities to teams and drivers in all levels of the sport.

For example, mention the number '05' to any racing fan in Australia and they'll instantly think of one driver - Peter Brock.

Mention the number '17' and you can bet 'Dick Johnson' will be the response.

If a driver carries '1' it generally signifies they are the best in their category or field as champion.

But how and why is it that today's V8 Supercars Championship teams and drivers have the numbers they have?

We've decided to delve deep into the files and come up with the stories behind the digits that today's star drivers and teams carry on their cars.

First up we've elected to focus in on the #2 and it's two big teams, Gibson Motorsport and the Holden Racing Team, and one driver - Mark Skaife - that have effectively had the lion's share of use of that racing number for over the last 25 years. 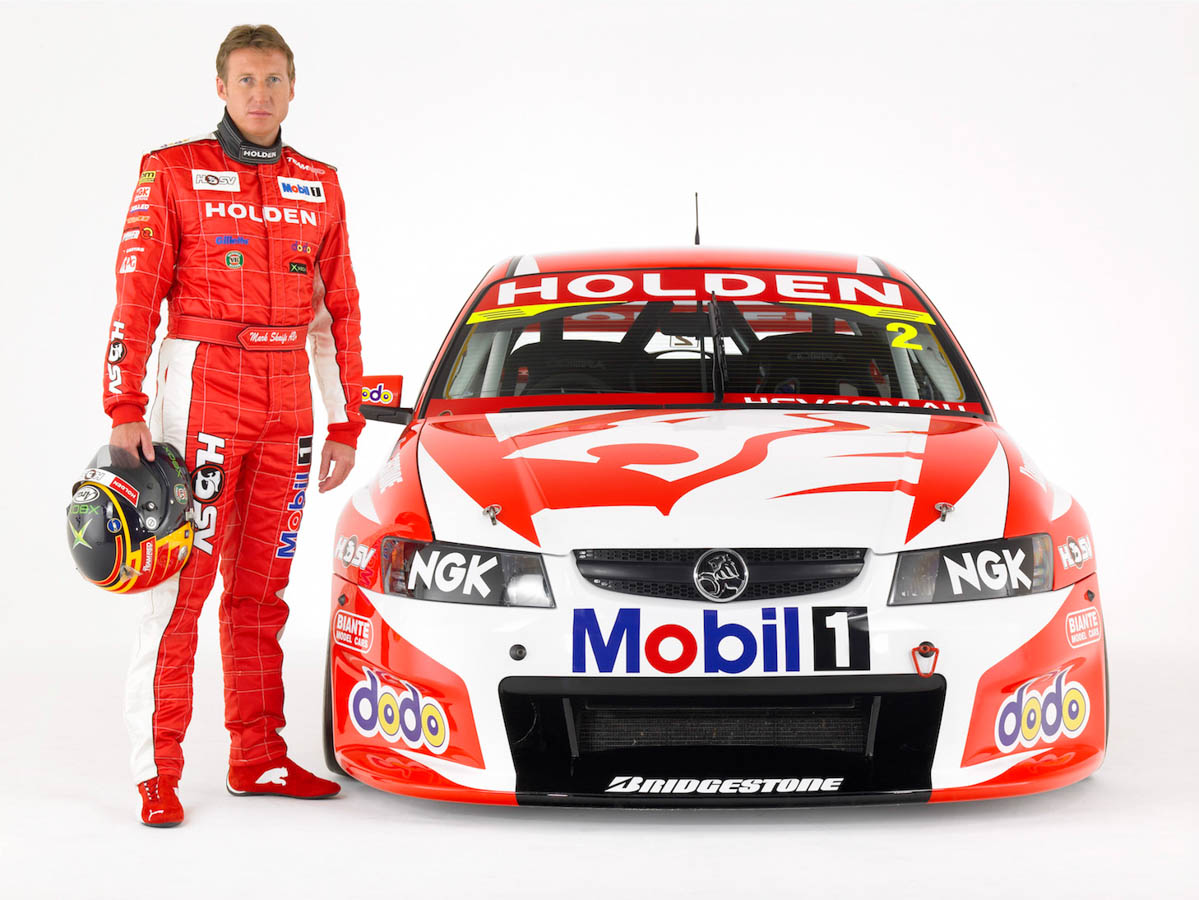 In today's modern era, racing numbers are connected to the Racing Entitlements Contracts. In the old days where there wasn't a company involving the competitors running the sport (as AVESCO was, now known as V8 Supercars), numbers were more of a random element with drivers having different numbers at different events. 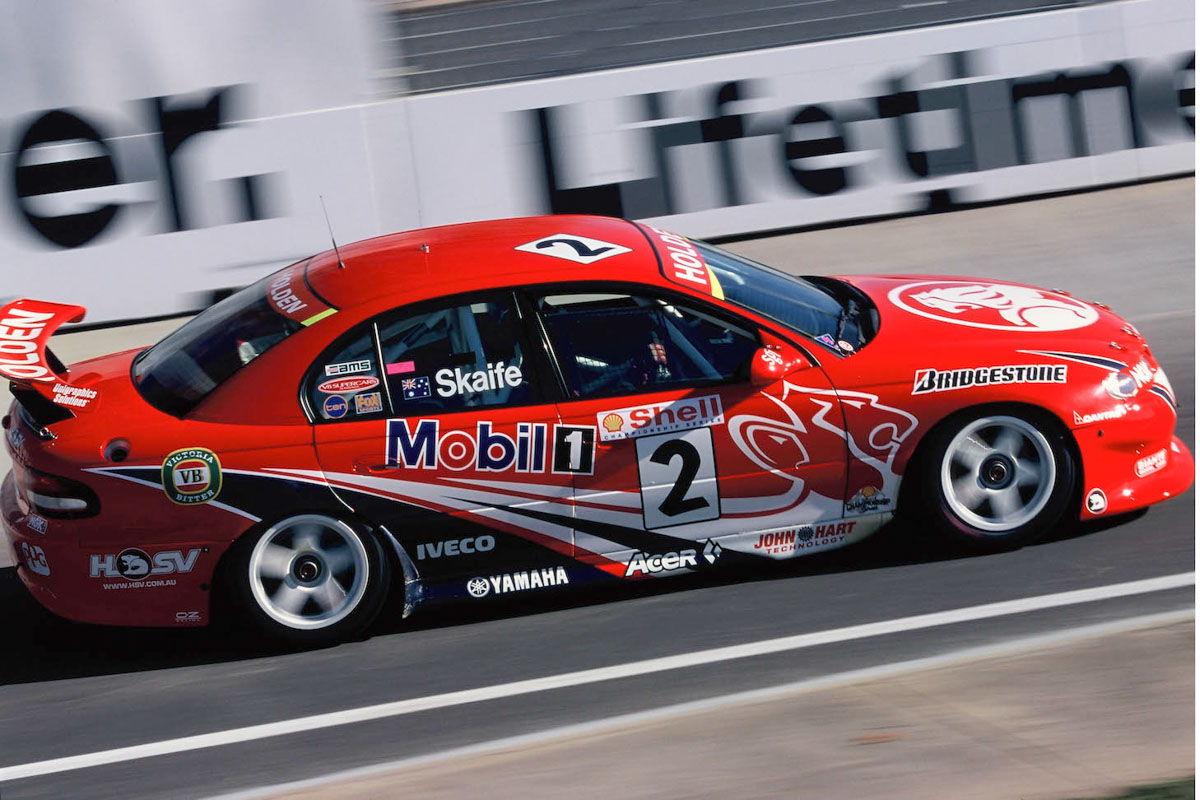 Skaife used it for two seasons, including winning the championship (his first with HRT) in 2000. As champion he took over #1 and that left #2 for the use of teammates Jason Bright (2001-2002) and Todd Kelly (2003) before Skaife took it back for 2004 after Marcos Ambrose toppled him for the title.

Skaife ran #2 for the remainder of his time at HRT (save for when he drove #200 at Phillip Island in 2007 and the 2008 enduros where he teamed with Garth Tander in #1) before it became Garth Tander's number from 2009 onwards.

Prior to its time at HRT, the #2 had been in the domain of Skaife's former home at Gibson Motorsport with the two teams both achieving amazing success as the power teams of their respective eras.

When the factory Nissan team parted ways with cigarette sponsorship at the end of 1988, it also changed its numbers that had been references to products of their previous sponsor. 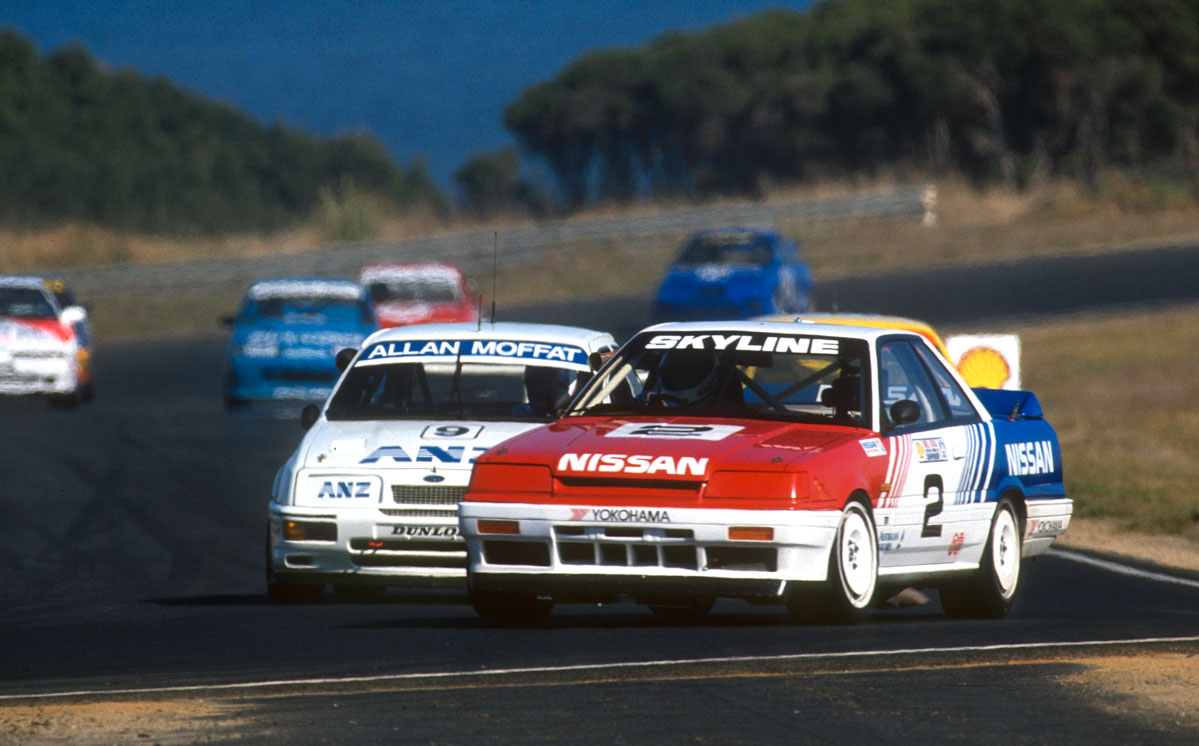 New signing Jim Richards became #2 in 1989 and then again in 1990, the year he won the championship. In fact, Mark Skaife used #2 once for the debut of the 'Godzilla' Nissan GT-R at Mallala that season.

Skaife became #2 in 1991 and 1992 before he and Richards swapped numbers for the debut of their new V8 Commodores in 1993 after Skaife claimed the '92 crown.

Skaife returned to #2 in 1994 but promptly won the title and that returned Richards to #2 for 1995 before the Gibson team lost cigarette sponsorship and slimmed down to one car for Skaife. 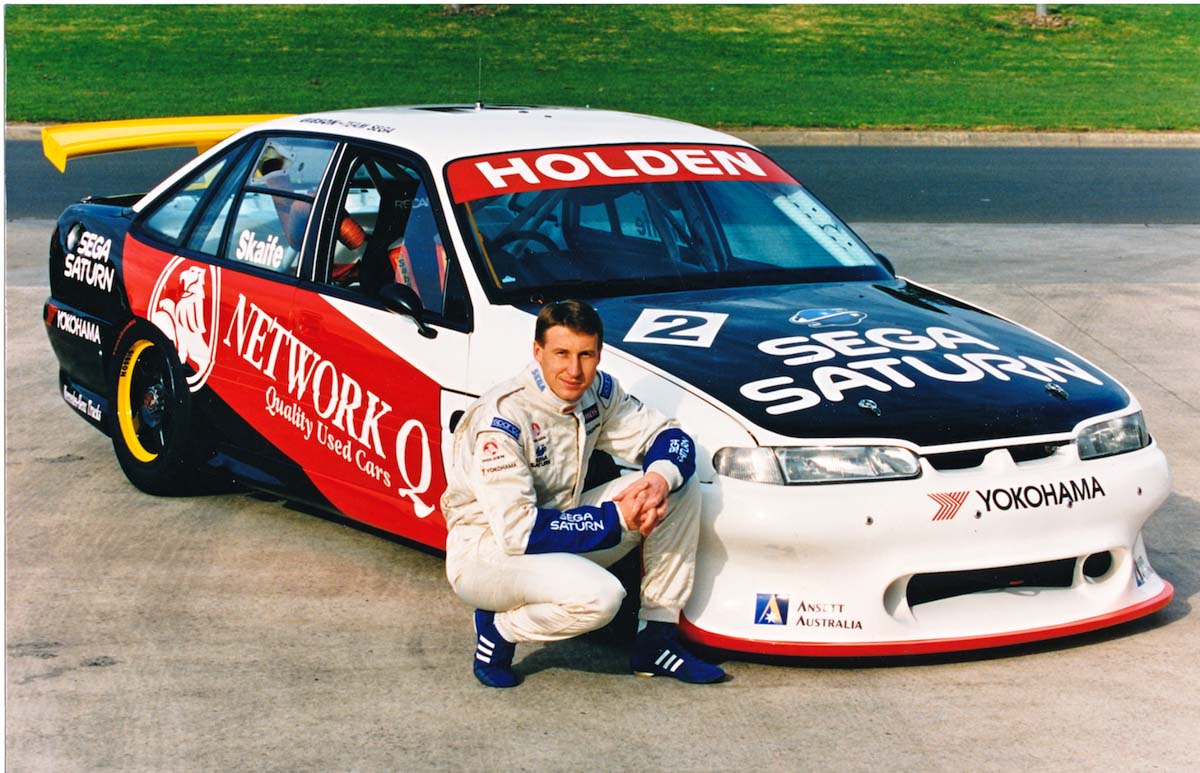 The Hall of Famer ran #2 in 1996 and 1997 before he departed for HRT with the number retained by GMS for 1998 under which they ran the Konica-backed Young Lions entry for Steve Ellery before it then moved to HRT. 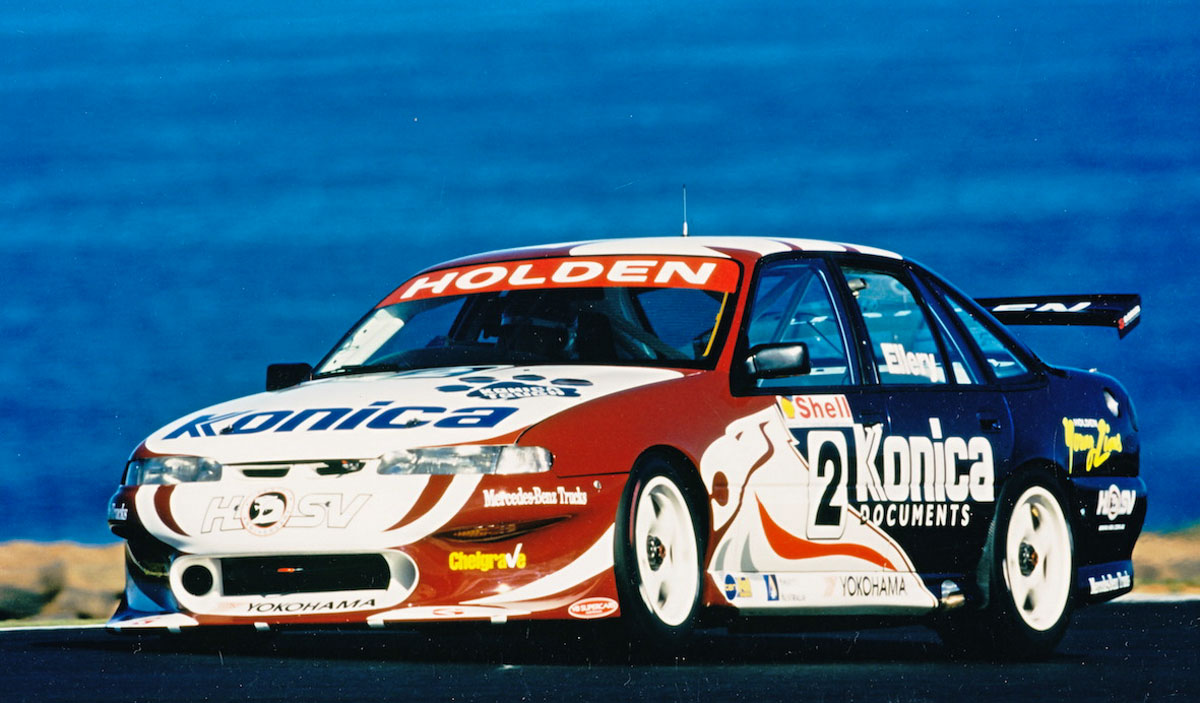 Prior to Gibson Motorsport and the Holden Racing Team there were a few other stints of particular teams using the #2.

The Holden Dealer Team used it on occasions in the early to mid 1970s with Colin Bond winning the 1975 Australian Touring Car Championship in the #2 HDT Torana L34.

Allan Moffat jumped on it for 1976 when Bond moved to the champion's #1 but it didn't prove all that lucky for him. While he won two of the first three rounds, his #2 Falcon went up in smoke and was burned to the ground in a transporter fire ahead of the Adelaide International Raceway round.

When Moffat moved to two cars in 1977 the number made a return and Ford fans will vividly remember Colin Bond being at the helm of #2 as the two Falcon Coupes ran alongside one another for the form finish that year at Bathurst. 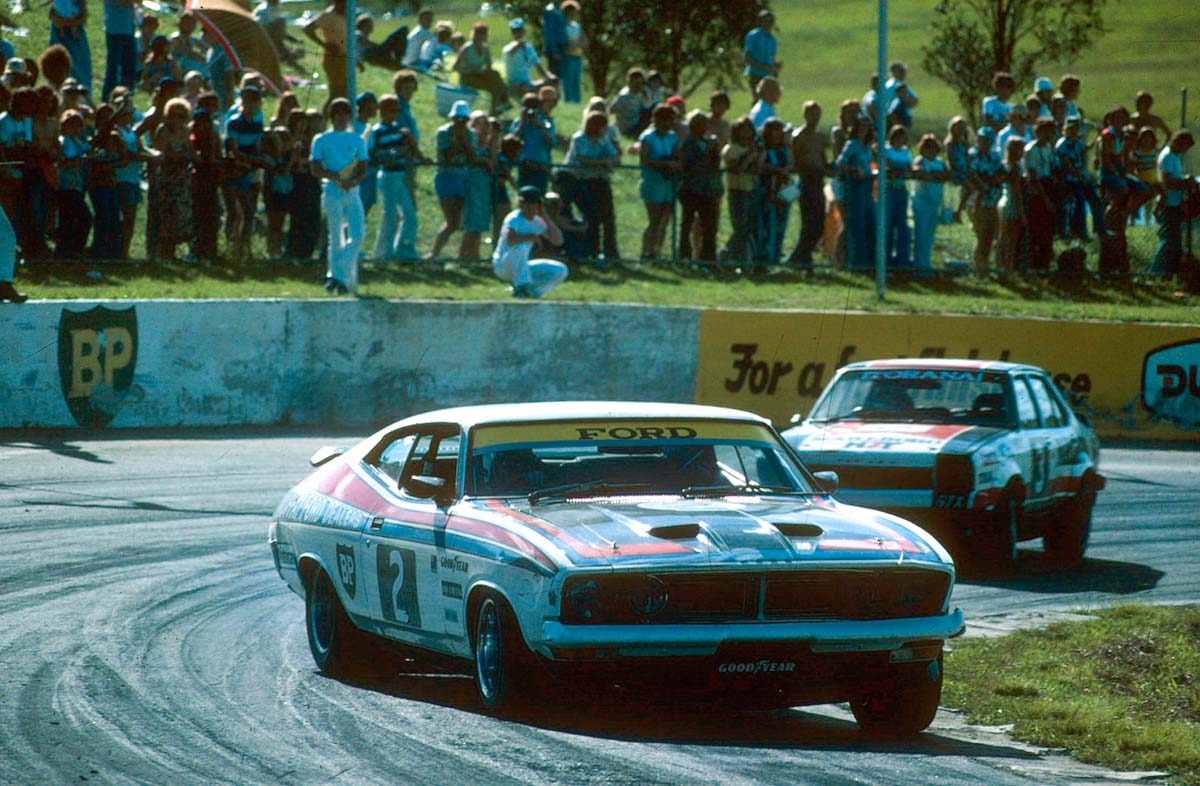 Bond ran the #2 again in 1978 and on the Falcon Cobra that he and Fred Gibson drove at Bathurst before the number bounced between privateers before settling with Sydney Falcon pilot Steve Masterton. 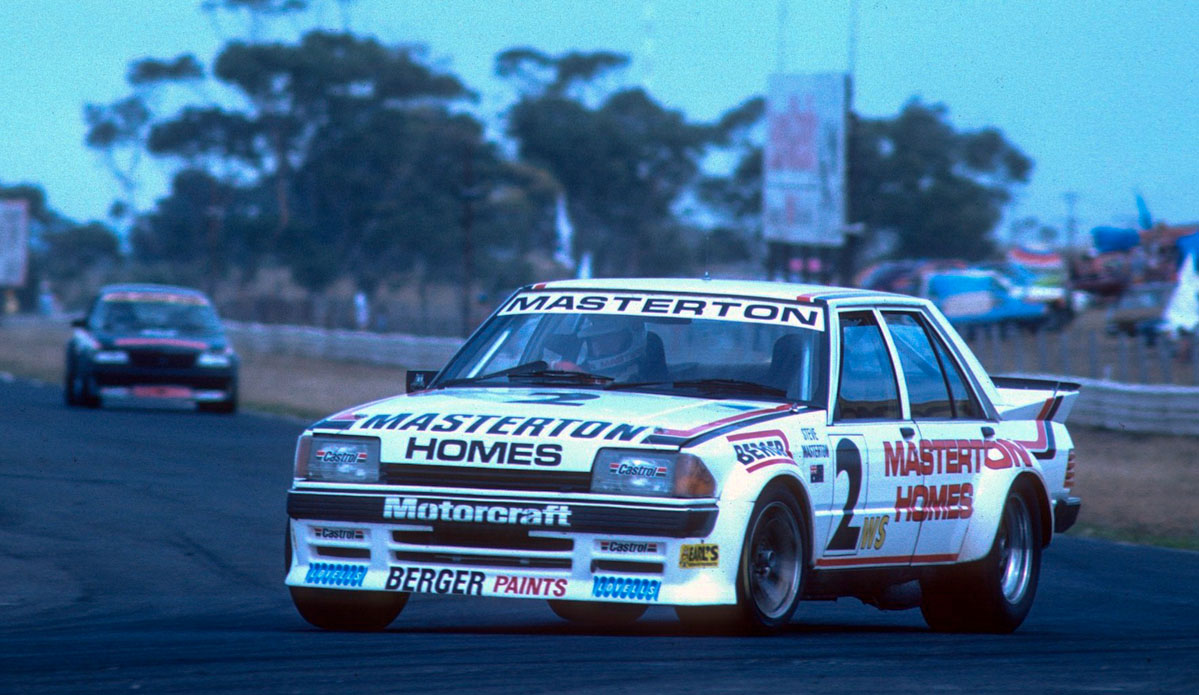 Masterton ran #2 on his big V8 Falcon XE from 1982 to 1984, including ATCC rounds, Bathurst and the popular AMSCAR Series at Amaroo Park that he won in 1984.

He swapped to a Commodore for Group A in 1985 before withdrawing from the sport, upon which time the #2 was picked up by Les Small's Roadways Racing Commodore squad in 1986 and used by customer Graeme Bailey.

It was Bailey's Roadways-built and prepared Commodore that he and Allan Grice drove to victory at Bathurst in 1986 before Grice adopted the #2 in 1987 and then again in 1988 when he appeared in an FAI Commodore at Bathurst. 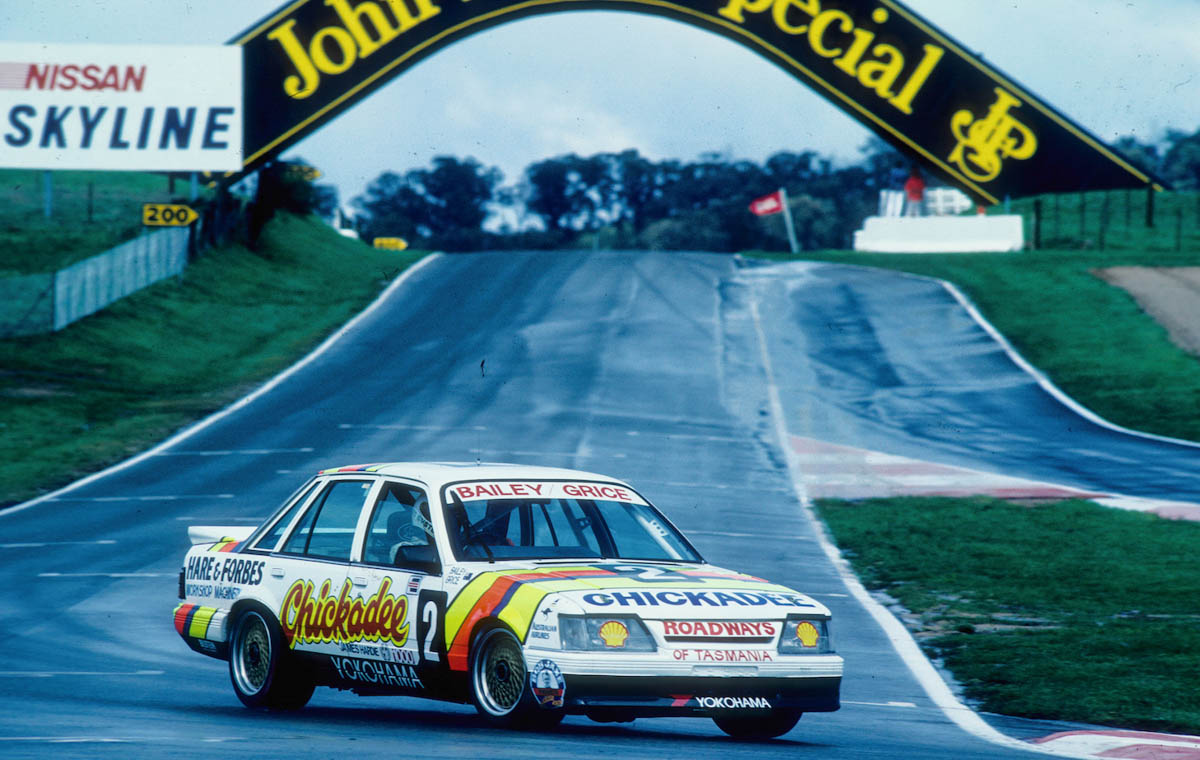 From there, the number became the domain of the Gibson and HRT squads right through to today with Garth Tander steering #2 for the seventh straight season in 2015. 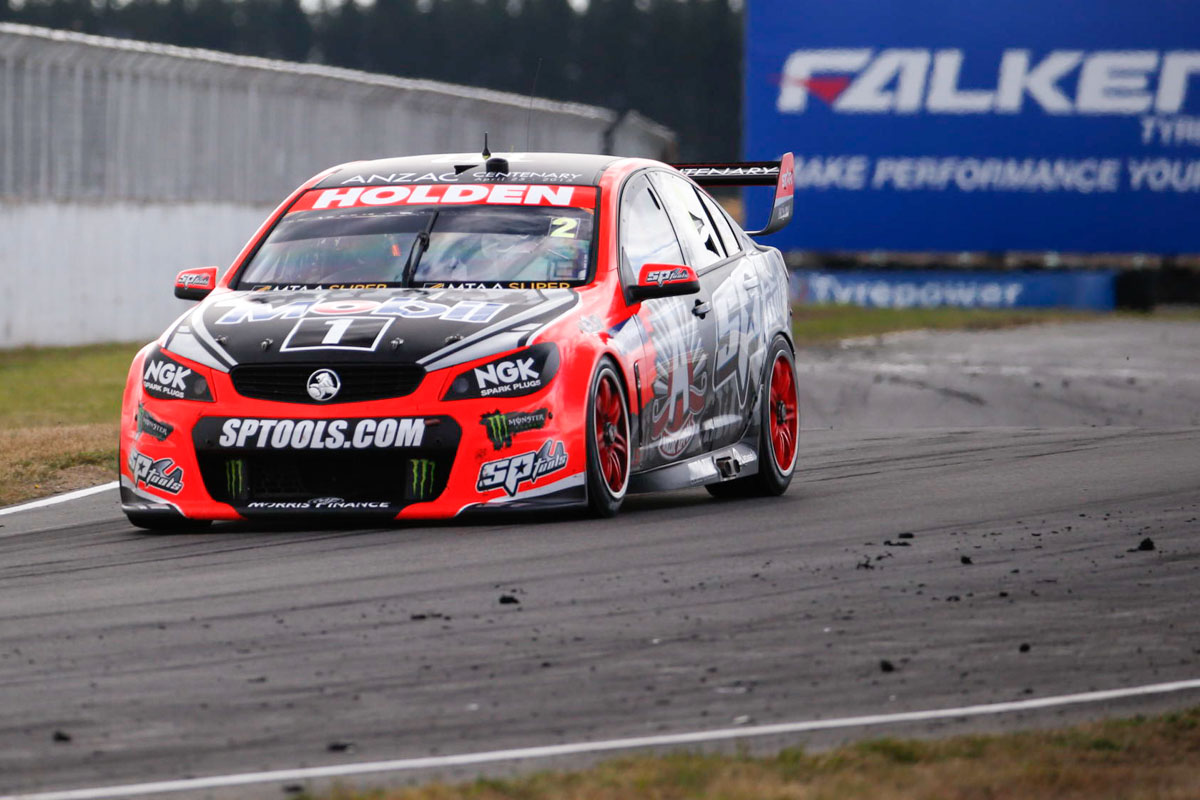 - HRT's last three Bathurst wins have come with #2 - 2005, 2009, 2011.
- Mark Skaife claimed three of his five ATCC/V8SC crowns with #2 - 1992, 1994, 2000.
- Dick Johnson ran the #2 in his one and only start with the Holden Dealer Team at the 1974 Surfers Paradise ATCC round.
- #2 was the number with which Peter Brock made his ATCC debut at Calder in 1972, the number he carried when he won his first ATCC race at Surfers Paradise the following year and the number he used for the majority of 1974 - the year he won his first ATCC crown.
- Steve Richards made his Bathurst 1000 debut and finished as the top-placed rookie in the #2 Gibson Commodore in 1995. Two years earlier David Brabham had achieved the same feat as top rookie in the #2 car.