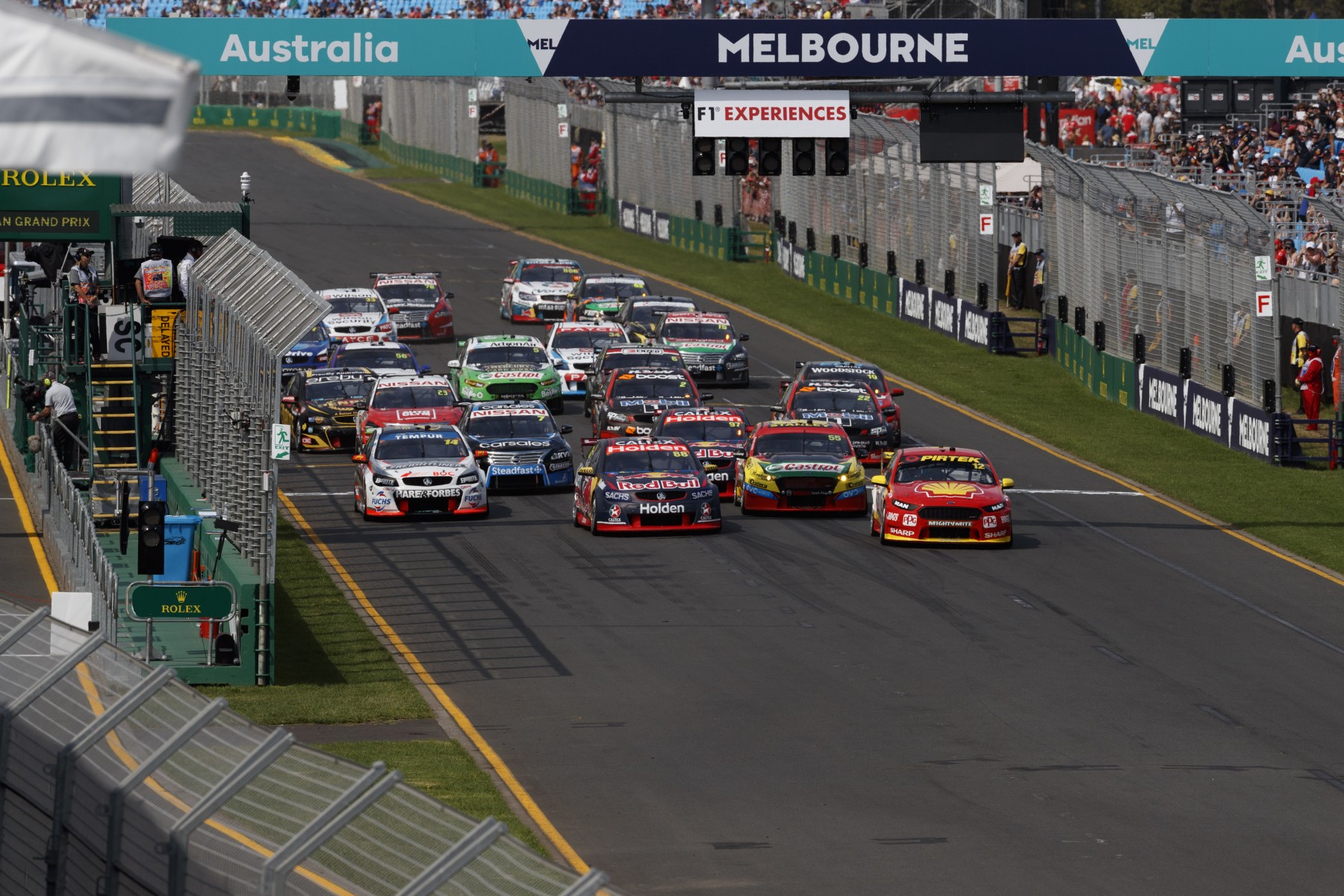 Supercars CEO James Warburton says a meeting with Formula 1’s new owners, Liberty Media Corporation, has given him a renewed hope the Virgin Australia Supercars Championship can compete for series points at the Australian Grand Prix.

Despite appearing as part of the race weekend for all but one occasion at Albert Park since 1996, the series has never raced for championship points at the track.

With Liberty taking ownership of Formula 1 from long-time supremo Bernie Ecclestone in the lead up to 2017, the race at Melbourne marked the first opportunity for Warburton to meet with the new bosses.

While the Australian Grand Prix Corporation (AGPC) has made public comments on previous occasions of its push to make the Supercars races for points, an arrangement between the groups and Formula 1 failed to materialise.

Supercars now races with its own pitlane and paddock at the event while television partners line up with Network Ten and Fox Sports both broadcasting F1 and Supercars.

“Firstly I think the weekend’s races showed that it doesn’t matter whether it’s championship or not,” Warburton told Inside Supercars.

“The action was certainly an incredible show that all the drivers put on.

“We had some very good meetings with the new owners of Formula 1 and they’ve got a completely different style.

“We had some very positive discussions about the future.

“Ultimately, it’s the AGPC and Andrew Westacott and his team’s event.

“We’ll continue to work with them.

“As I said, there’s nothing to report yet other than positive meetings.

Five-time series champion Skaife backed the push for points races at Albert Park on Inside Supercars.

“I think all the network dramas we used to have when we were televised in a different world made it difficult.

“Now that those things line up with Fox and Network 10, I think it’s more sensible.

“I think the new owners will be much more conducive to doing a deal with us because they’re in the entertainment business and probably not parochial in that way.”

‘They’ve got every bit of info about Triple Eight, ever’

In case you missed it: Australian Grand Prix