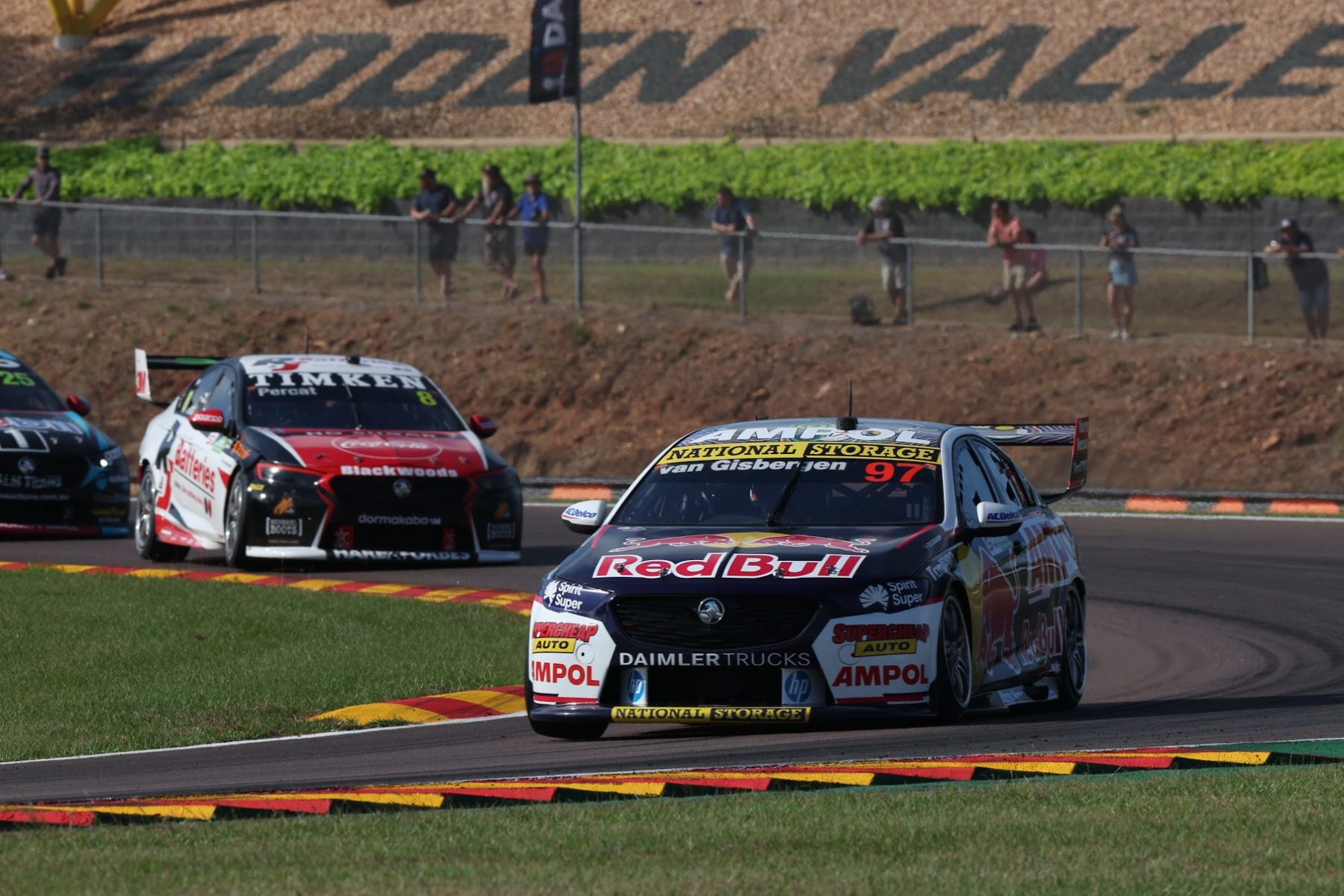 Van Gisbergen loomed to claim a runaway seventh win of the season in Race 12, having raced into the lead following the first-corner melee.

The Red Bull Ampol Racing driver pulled away from eventual winner Chaz Mostert ahead of the stops, and made his stop on lap 22.

Nick Percat had stopped on lap 14, before Mostert pitted for fresh rears on lap 20.

Van Gisbergen was three seconds up on Mostert by the time the latter stopped, however, when the series leader pitted, the left-rear tyre changer struggled to get the gun onto the wheel.

The #97 entry sat idle for almost 30 seconds, with van Gisbergen resuming in 20th position, last of those on the lead lap.

He would cross the line 13th behind teammate Jamie Whincup, marking the Kiwi's worst result of the season.

"Firstly, the car was awesome today. We had a lot of issues yesterday which I mentioned, but it was much better today,” he said.

"I had really good pace, and I knew that our race pace was great.

"Our start was awesome, and I managed to get out in front coming into Turn 1.

"The first stint was good, and the car was awesome, but then we had an unfortunate pit stop incident which costs us 30 seconds and ultimately cost us the win.

"It’s a real shame because we had the quickest car today, but we’ll work on all the positives and use them to our advantage tomorrow.

"I think we’ll be fine tomorrow. We just missed a really good opportunity today with all of the cars caught up at turn one, and I could have got a lot more points today.”

It wasn’t much better for Whincup, who after topping Friday practice, was forced wide in the Turn 1 skirmish.

He failed to gain any significant ground on van Gisbergen, who with the fastest lap, extended his lead to 193 points.

“It was a rough day, unfortunately,” Whincup said.

"We’ve had a quick car all weekend, but we didn’t do a good job when it counted right at the end of qualifying.

"I got into turn one, there was an incident, I got hit up the ass and off I went… that was the end of my day.

"After that though, I think we did a good job getting to where we ended up. I was dead-last, so to get up to 12th is a great result considering our start."

'I don't know what to say': Winterbottom's 'cruel' moment