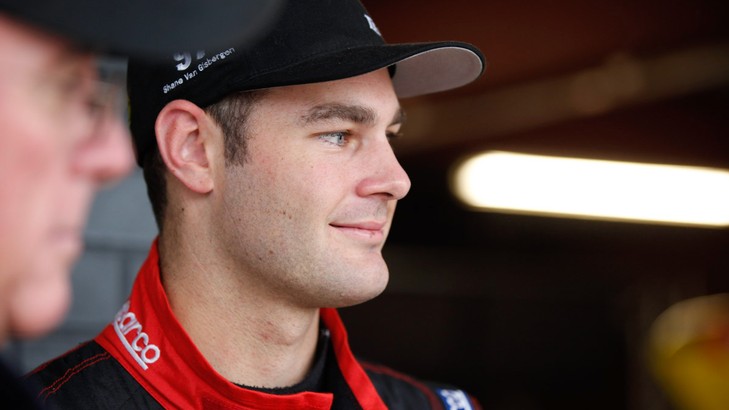 TEKNO Autosports’ Shane van Gisbergen is back where he ended last year – at the top of the times.

While the VIP Petfoods driver has been jet-setting around the world contesting different categories in the off-season, he said his V8 Supercar will always be the favourite and was glad to be back for the season opening Clipsal 500 Adelaide.

“The V8 Supercar is definitely my favourite of all the stuff I’ve driven,” Van Gisbergen told v8supercars.com.au after recording a 1min 21.6926 lap.

“It’s been a great off-season racing everything and I’m feeling pretty 'race fit' as they say, so we’ll see!”

Van Gisbergen sat at the top of the times for the majority of the first practice session and ended the 30 minutes ahead of Jason Bright, James Courtney, Scott McLaughlin – in his Valvoline Racing GRM Volvo S60 – and Craig Lowndes.

The Kiwi driver knows what it takes to record a good time at the treacherous street circuit, having claimed both ARMOR ALL Pole Positions last year and going on to record a race win. Where on the circuit is important to nail when trying to record a flying lap?

“Probably turn one – you’ve just got to start the lap good There’s not that much time in it, but it’s easy to lose time, it’s not easy to gain so if you can get through there well, that sets up your lap.”

This is the first of four practice sessions this weekend, with the final to run tomorrow morning.

The top 10 was rounded out by Rick Kelly, Jamie Whincup, Todd Kelly, Fabian Coulthard and Tim Slade. The first Erebus AMG was Lee Holdsworth in 16th.

The V8 Supercars will qualify for tomorrow’s two 125km races this afternoon with two back to back 15-minute sessions beginning at 3pm local time.

No Favouritism at HRT

Action Begins on the Streets of Adelaide

Thursday is Ladies Day at the Clipsal 500