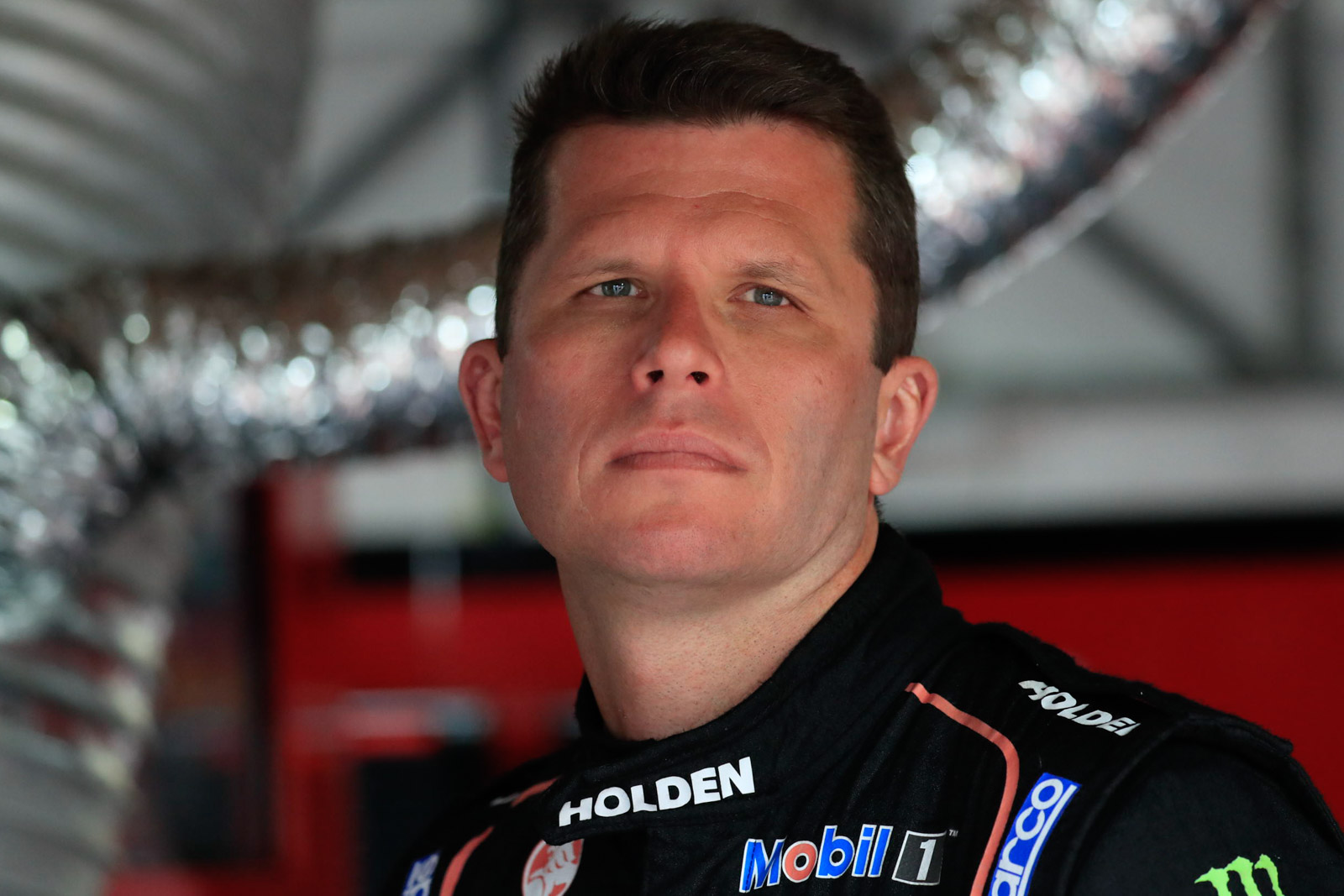 Garth Tander will race for Garry Rogers Motorsport for at least the next two years.

And beyond that the Supercars veteran is expected to play an ongoing role in the team’s development.

That’s the message from Garry Rogers, who today confirmed Tander’s return to his team and his vision for keeping him at the Dandenong operation long term.

Rogers said he saw Tander being a key supporter for his son Barry as he takes on more management responsibility as well as providing key guidance for young GRM drivers such as James Golding.

The confirmation of Tander’s drive for 2017 is the final major move of the Supercars silly season, leaving only a couple of seats at Lucas Dumbrell Motorsport to be accounted for.

Tander, 39, who has raced Holden Commodores throughout his 18-year Supercars career, will replace Scott McLaughlin, who has moved north on a lucrative multi-year deal to race for US-owned DJR Team Penske.

The Western Australian drove for GRM from when he started in Supercars in 1998 until the end of 2004. He then moved to the Walkinshaw organisation to race for the HSV Dealer Team and the Holden Racing Team.

He completed his nine-year stint with HRT at the Coates Hire Sydney 500 in early December with two second places and a pole position.

The winner of the 2007 Supercars championship and three-time winner of the Bathurst 1000 – including 2000 for GRM – is expected to race a Volvo S60 in 2017, potentially pending the outcome of a legal action brought by the team against the car manufacturer.

His team-mate is James Moffat, who enters the second year of his deal with GRM in 2017.

Rogers said he was pleased to welcome Tander back to his team.

“People don’t understand that when he left the team he did so on good terms. I understood the opportunity he got and it’s never been an issue to me,” Rogers said.

“When we realised we might be able to get him and we had a chat to him it all just went the right way.”

The only other driver that had been seriously considered for the drive was Golding, who is starring for GRM in the Dunlop development series.

But Rogers said Tander would play an important role for GRM both in and out of the car in coming years.

“A really important part of this is that people will have noticed my son Barry has been running the team equally as much as I have in recent times.

“Garth actually lived with Barry when he first started and the fact he knows him from those days is a great advantage.

“And Garth’s business acumen is important; he is very smart as well as being a great driver so I think he will be a great person to help Barry not only maintain the team but also grow the team.

“I am still energetic but I am not as energetic as I was.”

Rogers said he expects Tander to be a contender on the track.

“He has a few good years left in him in my opinion and whether that’s two or 10 I don’t know and however many that is I would like to think he would be happy to be driving for us.

“And I think the discussions we have had he also understands enough that perhaps there will be a stage where perhaps he doesn’t want to do as much and then we would look at maybe endurance races and helping us with our young drivers.

“I just think he has a lot of positives for us.”

The confirmation of Tander comes only days after GRM and Volvo Car Australia completed a Federal Court-ordered mediation session in an attempt to resolve a legal action brought by the team alleging misleading and deceptive conduct.

The action came about in the wake of Volvo’s shock decision in May to not extend its three-year deal with GRM to race in Supercars (formerly V8 Supercars) beyond 2016.

The mediation produced no solutions so the next step in the case is a listings hearing in the Federal Court next February.

But Rogers says he is committed to running the Volvos in the 2017 Virgin Australia Supercars Championship, although he admits he is unsure whether they will be powered by the B8444S V8 engine developed in Sweden by Polestar for the campaign.

“There is no doubt we will be lining up with those cars, what engine is in them remains to be seen,” Rogers said.

Rogers said the mediation session had at least given him the chance to talk with Volvo after some months without contact.

“The most disappointing part from my perspective is we had to go to court so we could sit around the table and have a sensible discussion,” he said.

In a statement scheduled for publication on the team website this afternoon, Rogers reiterates his belief that Volvo had decided not to extend its deal with GRM as far back as 2014, yet continued in negotiations out to April 2016.

“We have done everything possible to resolve this in a businesslike manner, whilst protecting the Volvo brand and members of their staff. We will now be heading to the courts again in February 2017,” Rogers wrote.

“In the meantime, we are preparing our cars for testing prior to the first event in Adelaide, this may require some additional energy and effort from the GRM team until we are able to finalise the engine configuration for our cars.”