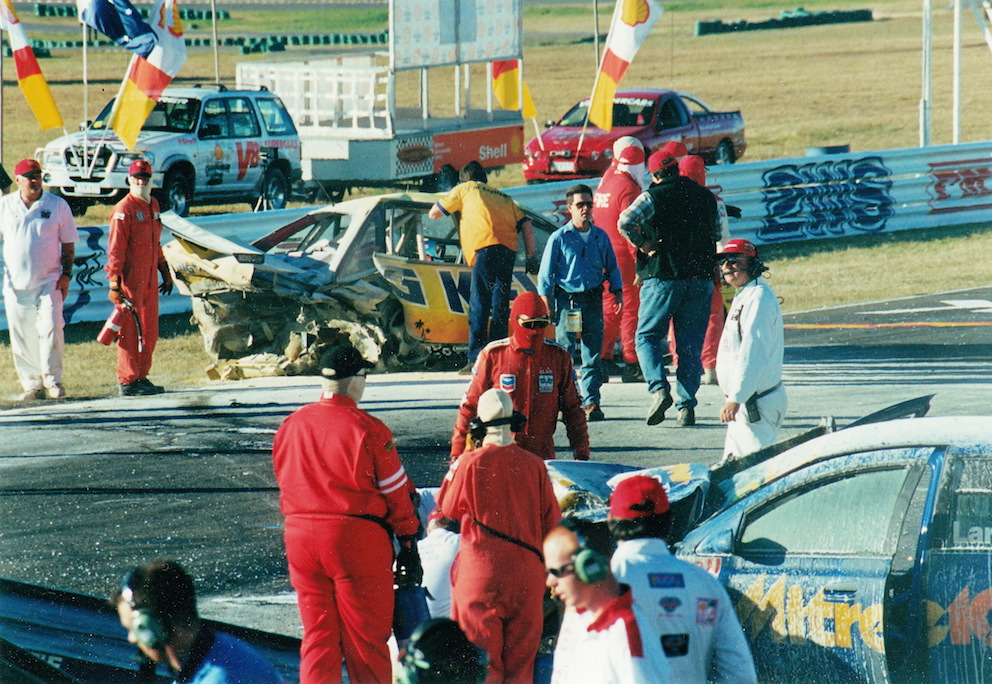 The accident involving Paul Morris and Mark Larkham on the start line at Oran Park in 2000 remains one of the biggest ever-seen in the history of the Virgin Australia Supercars Championship.

Stricken on the start line with his yellow Big Kev Commodore VS not moving, Morris was drilled from behind by an unsighted Mark Larkham aboard his own team’s Mitre 10 Falcon that had started seven rows further back on the grid.

Instantly a fireball engulfed the front of the Ford, one that also followed the trail of fuel and oil left behind the crushed rear end of Morris’ car, igniting the tail end of the now short-wheelbase Commodore as the injured former Super Touring champion gingerly stepped out with assistance.

Despite back injuries caused by the fire extinguisher hitting the back of his racing seat, Morris was able to make a recovery and returned to the track for the next round of the championship at Calder, however his Big Kev Commodore was totally destroyed and he was forced into the team’s second chassis.

The remnants of the crashed car from Oran Park were returned to the team’s Gold Coast workshop and anything salvageable was removed.

The smashed body shell was not crushed – as many other destroyed racing cars have been in the past – and instead retained by Morris and often placed on display at the Performance Driving Centre in Queensland.

An email from Saturday Sleuthing reader Ian Jones prompted us to focus on this car today, more so its history prior to its time with the Big Kev team.

“I vividly remember sitting at home watching the coverage and yelling at the TV when the crash unfolded,” writes Ian.

“I remember that Morris had only just come into the V8s at the time and I seem to recall that he had old Holden Racing Team cars, but I can’t remember if that was right.

“Can you tell me the history of that car from the Oran Park crash – and if my memory isn’t failing me!?”

Well the good news Ian is that your memory isn’t failing you and, yes, that indeed was a Holden Racing Team-built Commodore that was smashed to smithereens at Oran Park in 2000.

The car Morris was driving was in fact HRT 035, the last VR/VS shape Commodore built by the factory team prior to the introduction of the new VT model. 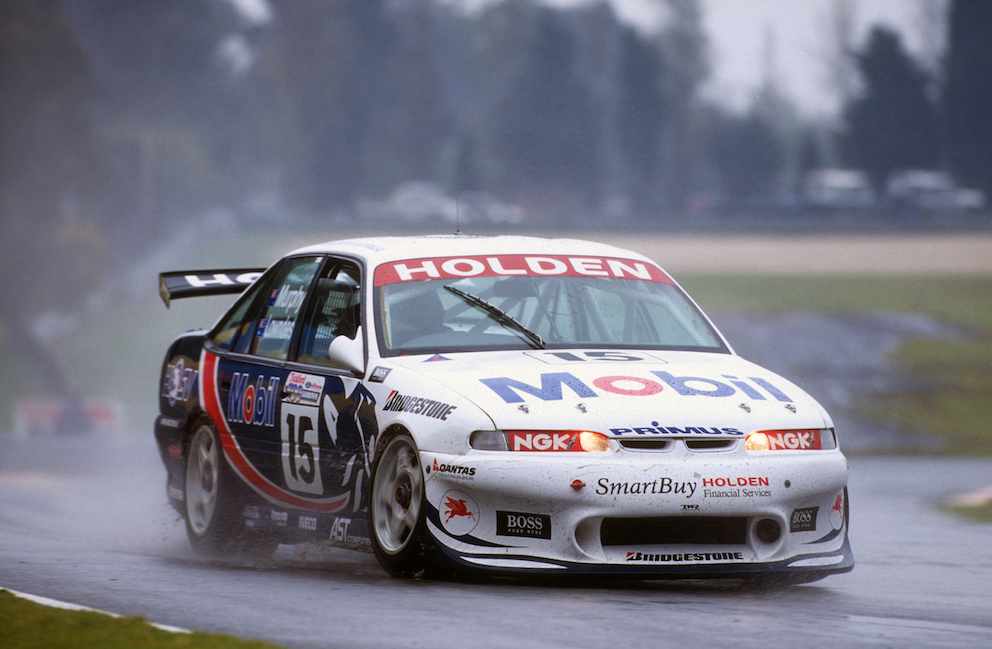 Constructed in mid-1997 to replace the ‘Supercar’ smashed by Greg Murphy at Phillip Island earlier that season, our featured car made its racing debut at the 1997 Tickford 500 at Sandown with Murphy and Craig Lowndes behind the wheel.

The duo used it to claim their second straight Sandown 500 victory with Murphy very much the lead driver as Lowndes had been away all year in Europe competing in Formula 3000 open wheelers.

They had hoped for the same result as they headed to Bathurst, looking to defend their popular 1996 win. Murphy hit the wall in Friday practice exiting Hell Corner but the car was repaired in time to qualify in third position on the grid for Sunday’s race.

But an uncharacteristic mistake by Lowndes, forced wide through Reid Park while trying to lap a slower Falcon during his first stint, resulted in the #15 Commodore pancaking the concrete wall on the outside and sending the car out of the race.

Lowndes returned to a full-time championship drive with HRT in 1998 and used HRT 035 for the first eight rounds, claiming overall honours at Sandown, Symmons Plains, Phillip Island, Barbagallo and Calder to set up his second Australian Touring Car Championship crown.

The car (which was nicknamed ‘Mimi’ by the team) was parked for the final two rounds of the year at Darwin and Oran Park where officials required the HRT to run its new VT Commodore but next appeared at the Sandown 500 as the team’s #50 entry for Murphy and Mark Noske to drive. 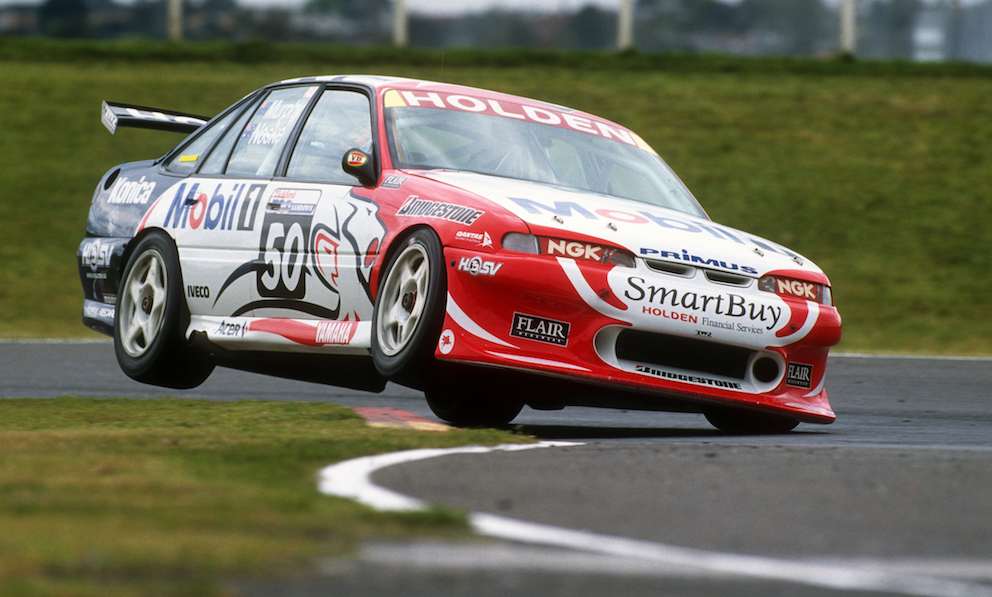 Murphy put the car on pole but the best the duo could manage was a sixth place finish.

Lowndes ran the car one final time in 1998 as car #1 at the non-championship Gold Coast races given the team saved its newer VT models for Bathurst and were not keen risking them up against the harsh concrete walls of Surfers Paradise.

Mark Noske took over the car for 1999 under the Holden Young Lions banner and ran it in the single driver sprint rounds prior to the endurance races. It made one final HRT appearance at the Gold Coast, again to protect the team’s fleet of VTs, though Mark Skaife drove it on this occasion.

In late 1999 the car was placed up for sale and sold to Paul Morris’ NEMO Racing for the team’s V8 Supercar debut in 2000.

The future Bathurst winner ran the car from the start of that season through to the infamous accident at Oran Park, where its racing life came to a very instant close! 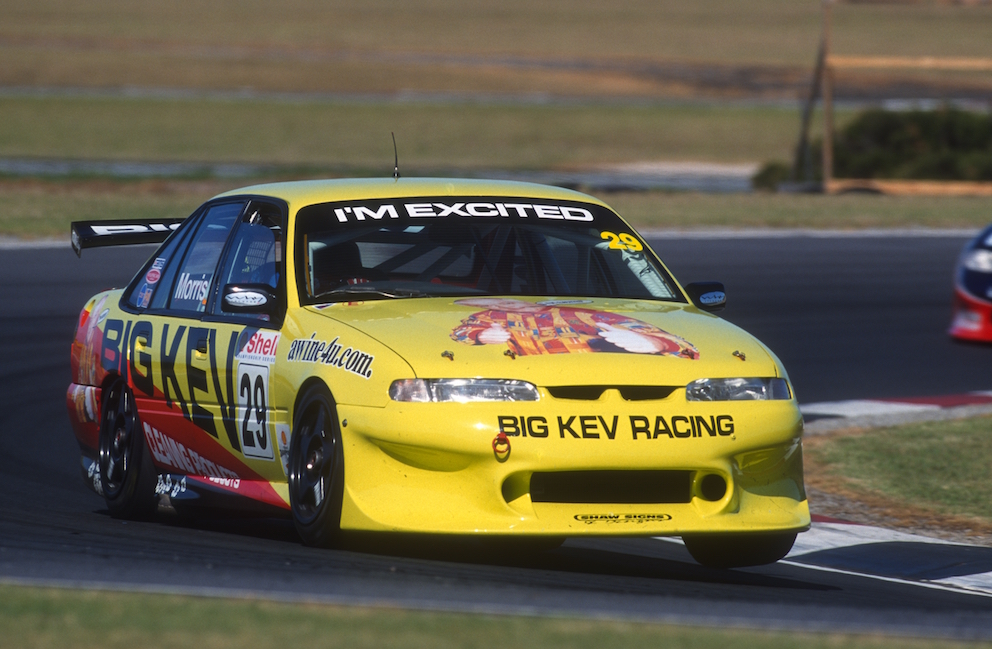 Saturday Sleuthing will return next week with an up close feature on a car with an interesting history in the Dunlop Supercars Series – check back next Saturday to see which one it is!

If there’s a car you’d like to see featured in an upcoming story you can get in touch with the V8 Sleuth via any of the following methods:

A Little goes a long way

Where is the bad guy?