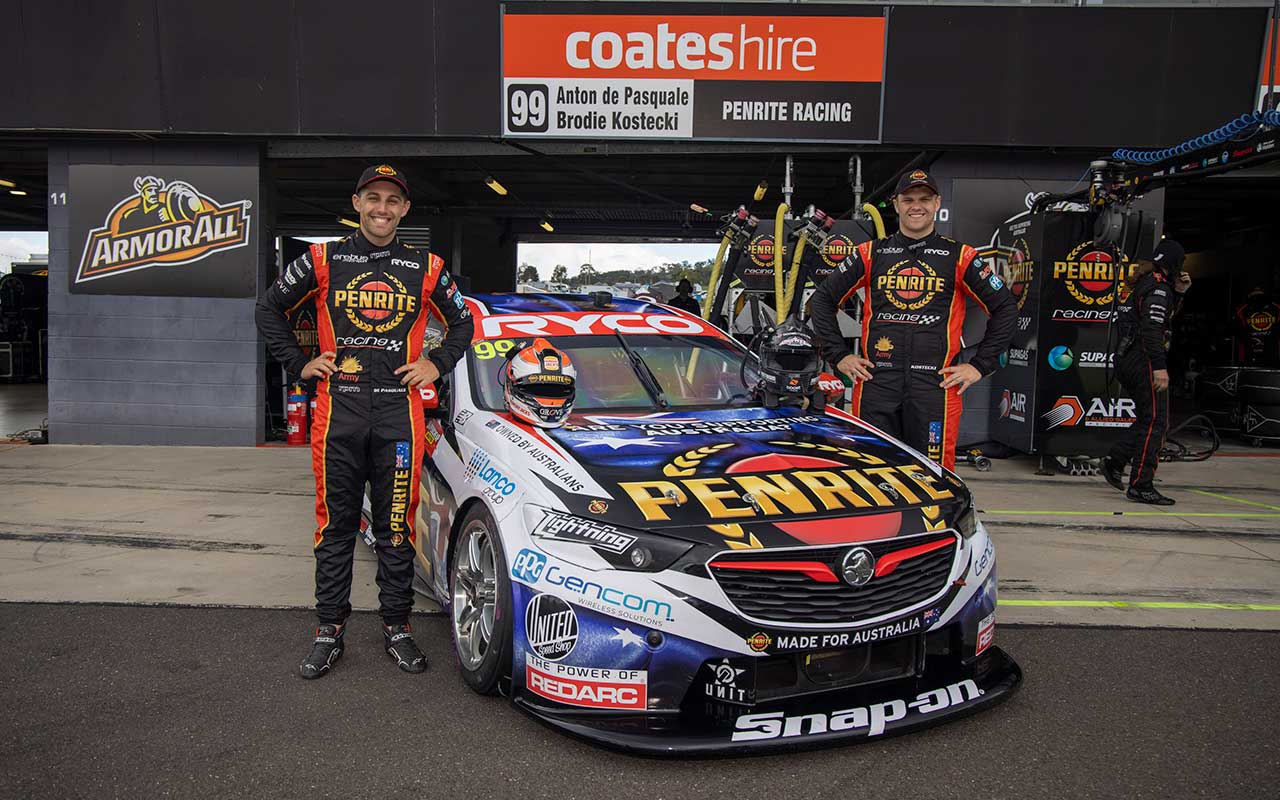 Co-driving with Anton De Pasquale in the team’s #99 Commodore, the 22-year-old was in the thick of the action for much of his stints on the way to ninth place.

That included a battle with Jamie Whincup that resulted in the seven-time champion misjudging the entry to The Cutting and crashing out.

Kostecki speared off at The Chase while dicing with Chaz Mostert a short time later – making a high-speed rejoin that commentator Mark Skaife declared deserved a penalty.

Much of Kostecki’s time in the car was against the full-time drivers, including running the penultimate stint amid fears De Pasquale would have exceeded driving time limits.

“He was the standout as far as I’m concerned,” Ryan told Supercars.com of Kosetcki, who competed in the PIRTEK Enduro Cup last year in a family team-run wildcard.

“He’s just a hard-arse racer, that’s what we need in this category and in our team. He put it on the line and doesn’t give an inch.

“Most drivers in this category will just give up the corner [if another car is overtaking]. He doesn’t give it up. I was so glad to see it.”

Kostecki held a train of full-timers at bay during his final stint in the car, despite both Penrite Holdens struggling for straightline speed.

“We thought if he could hold position it’d be awesome and we pretty much held position through until the last few laps when Scott Pye got passed him,” added Ryan.

“But he wasn’t slow against the main game drivers. He set us up to be able to get the result we did and our drivers were having to basically drive qualifying laps all day.”

“He matched Dave all weekend, when we put him in the car he was doing the same lap times as Dave,” Ryan said. “It’s all we can ask of a guy who hasn’t driven much all year.”

Brown, who left Bathurst second in the Dunlop Super2 Series standings, has a previously announced contract to step-up to the main game with Penrite Racing in 2021.