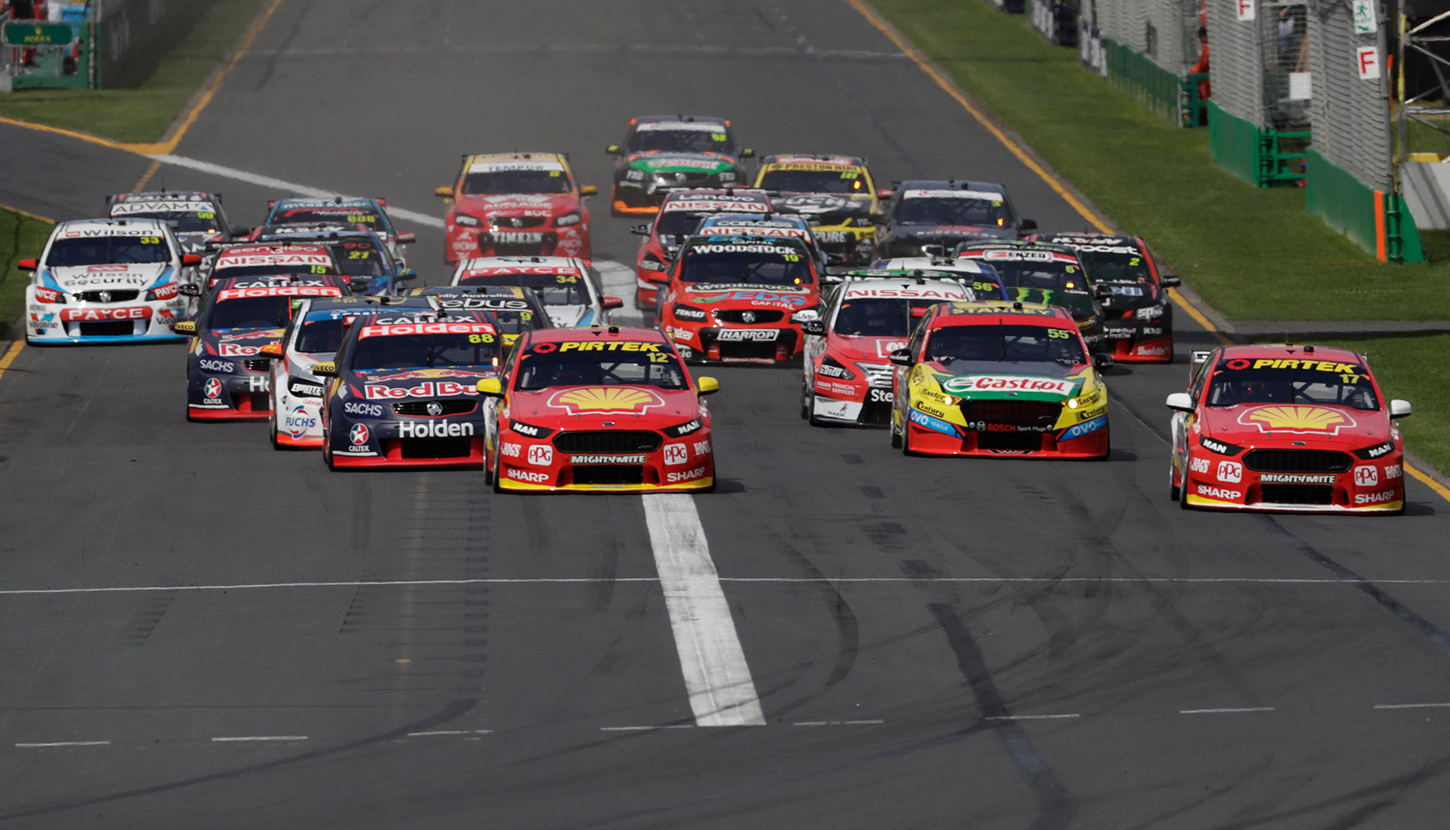 It may have been approaching midnight in Detroit, USA, but Roger Penske did not miss a minute of his Supercars team’s first win at Albert Park.

McLaughlin scored bragging rights over team-mate Fabian Coulthard by chalking up the squad’s first win at the start of its third year in the category.

Coulthard started from pole but went off at Turn 3 on lap one, opening the door for McLaughlin and Holden’s Jamie Whincup – who briefly led before McLaughlin powered back through.

A Penske one-two was confirmed after a post-race investigation into Coulthard's rejoin from his off cleared him of any rule breach.

“I got a text from Roger straight away and they’re all pretty happy,” McLaughlin told Supercars.com.

“They’re thanking me but I should be thanking them for giving me the opportunity.

“It’s awesome to be a part of it. I’ve never been in a team that gets along so well and clicks so well.

“It comes from the top all the way to the bottom, so it’s a pretty special place at the moment.”

McLaughlin said he felt lucky to win after Whincup slipped through on the opening lap.

“We were very lucky,” he said.

“I got a pretty good start, obviously I was going to slot into second but Fabs made a little mistake and I got stood up on the inside of him.

“Then Whincup got both of us (at turn three), so that was a bit of a wildcard.

“But it was nice to have really good speed.

"The car was so nice and looked after its tyres really well and was very good at passing cars which was nice.

“I made a move on Whincup and it stuck and I didn’t look back.”

Today’s landmark win comes after McLaughlin recorded his own maiden Supercars victory at the venue in 2013 and the first for Volvo a year later.

“It’s always good with a great car. The car that Ludo (Lacroix, engineer) and all the team have given me is fantastic.

“Yesterday I was probably struggling with qualifying a little bit more, not braking as well as I wanted to, but I knew with the racing I would be a little bit more comfortable because it’s a slower pace.

“It’s awesome to have a yardstick in Fabian and we’re going to go from strength to strength as a team.

“We’re trying a lot of things, but the good thing is we’ve got two cars that are very different and they’re both up the front.

“It’s good to have some strong feedback where we can meet in the middle and take this to other circuits.”