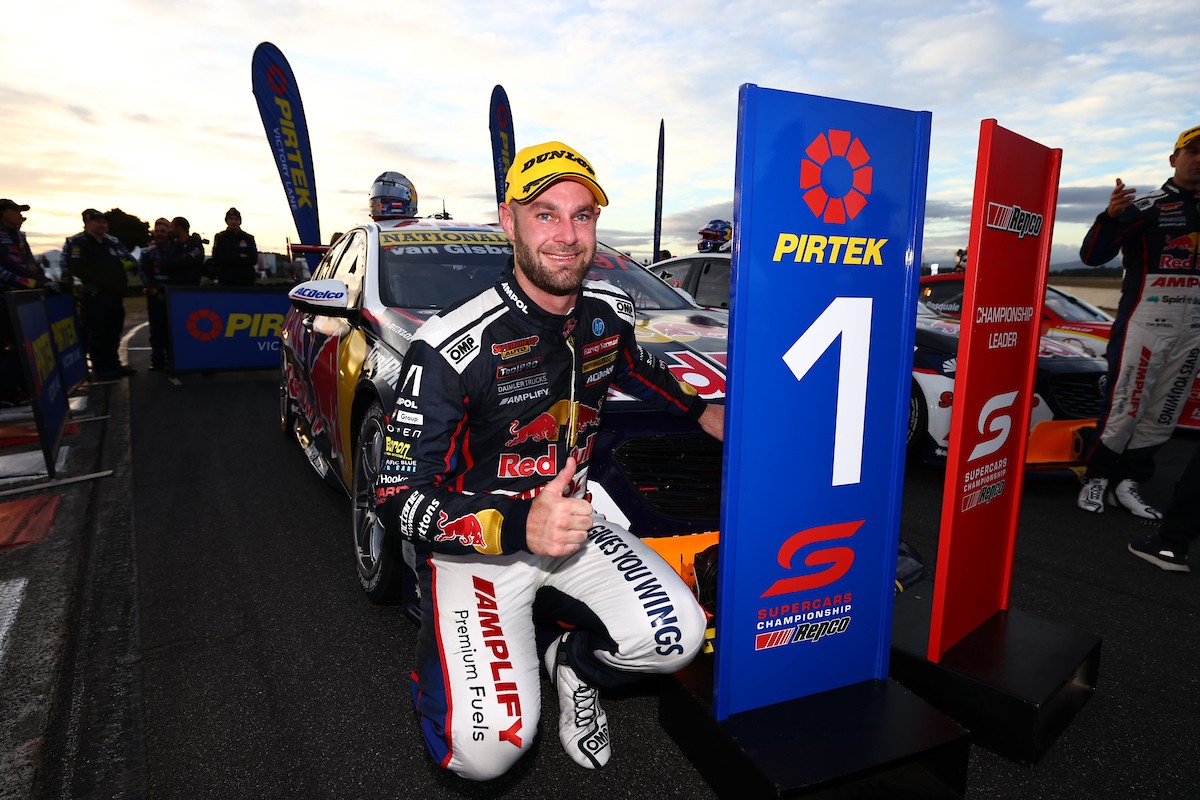 With victory in Race 6 at Symmons Plains, Shane van Gisbergen has joined a very exclusive group.

The Red Bull Ampol Racing driver joined Allan Moffat and Mark Skaife as drivers to have opened a season with six consecutive wins.

In 1994, Skaife’s title win for Gibson Motorsport in 1994 began with wins at Amaroo, Sandown and Symmons Plains.

Van Gisbergen kicked off 2021 with a Repco Mt Panorama 500 clean sweep, before winning all three sprints at Sandown.

It brings him level with teammate Jamie Whincup, who won seven straight races in 2008 across the Bathurst, Gold Coast and Bahrain events.

Craig Lowndes holds the overall record of eight, set back in 1996 across the Lakeside, Barbagallo and Mallala rounds.

Van Gisbergen can surpass Moffat and Skaife should he take out Saturday’s Race 7, which will commence at 1:35pm AEST.

Consecutive wins to start a season

Percat at a loss over Tassie frustrations

Mostert: 'Work to do' after Tasmania practice