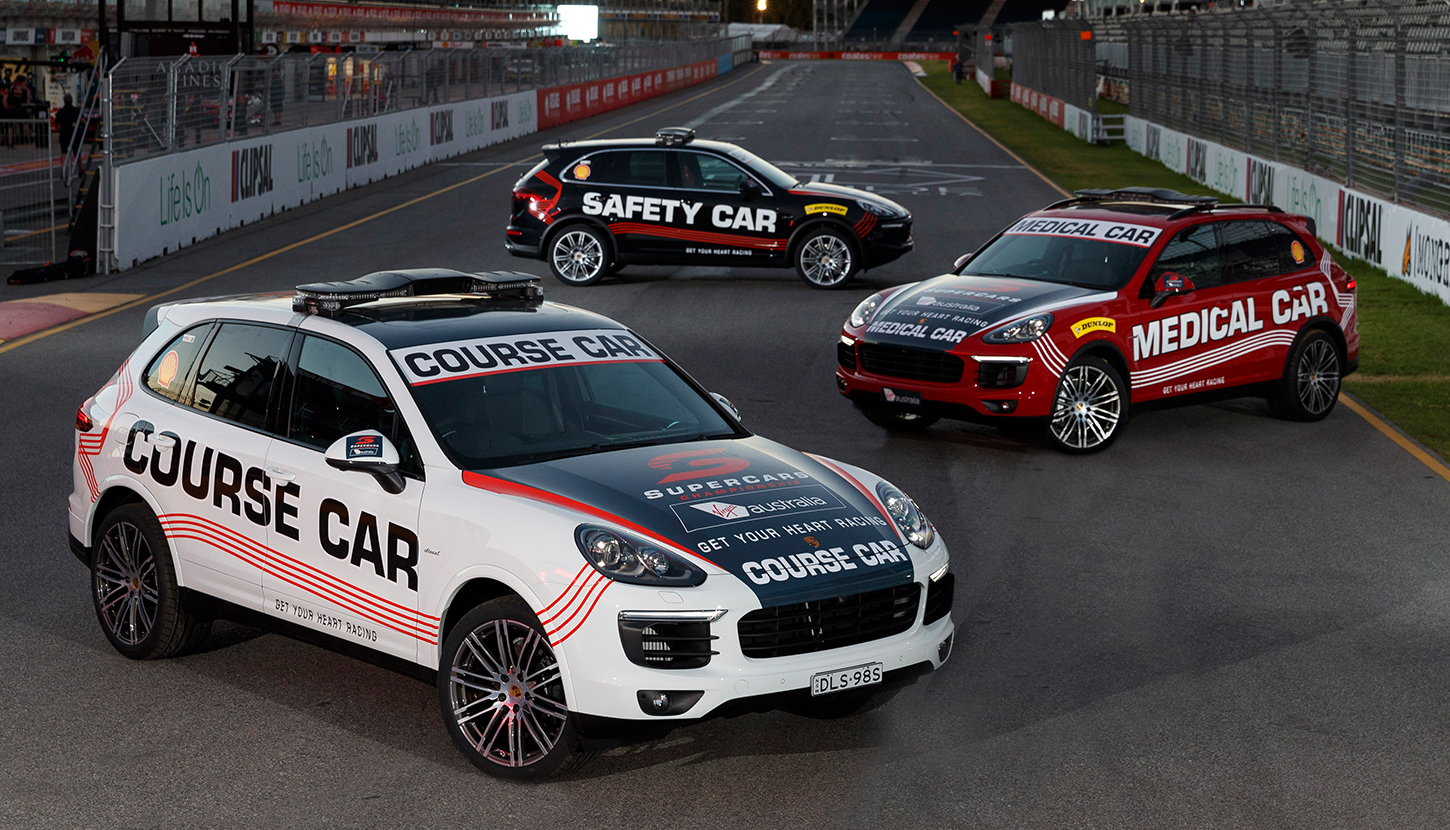 The Virgin Australian Supercars Championship has partnered with Porsche Cars Australia with the German super sporty Cayenne SUVs to be used as the Official Safety, Medical and Course Cars in 2017.

The Cayenne S Diesel, equipped with a 4.2-litre V8 turbo diesel which produces 283kW of power and 850Nm of torque, will feature at each of the 15 Virgin Australia Supercars Championship events as the Safety and Medical Cars. The Cayenne Diesel Platinum Edition will be the Course Car.

Director of Public Relations and Motorsport at Porsche Cars Australia, Paul Ellis, said the company is excited to continue its more than decade-long partnership with Supercars.

“We are proud to be able to lead the way for the Virgin Australia Supercars Championship with the supply of the series’ Safety Car, Medical Car and Course Car throughout 2017,” said Ellis.

“All Porsches are at home on the race track and each of these Cayennes will be more than capable to fulfil the task at hand – and will no doubt put a smile on the face of those tasked with driving them.

“This partnership reaffirms the strength of the relationship between Porsche and the Supercars Championship.

“We are entering our 13th season of the Porsche Carrera Cup Australia championship, which continues as the primary support category of Supercars into 2017, while we have previously supplied the Medical Car with various Cayenne and Panamera models.

“We look forward to seeing these Cayenne models hit the track at the Clipsal 500 this weekend and well into the coming season.”

Virgin Australia Supercars Chief Executive Officer, James Warburton, said Porsche was one of the world's great brands and a favourite to motorsport fans around the globe.

"We are proud and excited that Porsche has chosen to partner with Supercars for 2017 to showcase their high performance range," Warburton said.

"We are absolutely delighted these ultra-high performance vehicles will be an integral part of our championship in 2017."

The Porsche Cayenne models will commence their association with Virgin Australia Supercars this week at the season opening Clipsal 500 in Adelaide from March 2-5.

POLL: Vote for your favourite 2017 livery