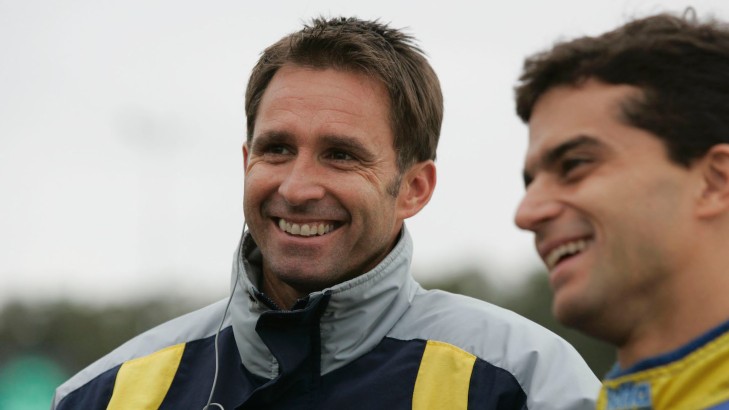 Radisich has extensive experience in V8 Supercar racing after spending years behind the wheel as one of New Zealand's top drivers and brings a whole new set of skills to Super Black Racing.

"So now that we've got Prodrive Racing (PRA) and Paul both behind us, we're sure we have the right formula to give this thing a good go."

Originally from Auckland, Radisich made his name on the international circuit after winning the Touring Car World Cup in 1993 and 1994, following his local New Zealand Grand Prix and New Zealand Formula Pacific Championship wins in 1988.

Radisich says: "Having been a young driver trying to make it on the international scene in the past, I know very well how the Super Black programme will inspire a whole new generation of New Zealand drivers and as principal of this team, I know my V8 experience can and will be put to the best use.

"I feel fiercely patriotic about our entry and am excited we've got some terrific foundations and motivations underpinning this campaign. Like the rest of the crew, I'm chomping at the bit to get on the grid in Adelaide."

With less than a month to go until the season launching V8 Supercars sydney.com SuperTest, Radisich's entrance into the team couldn't have come at a better time, adds Lentino.

Super Black Racing will feature at the official test dayson February 7th and 8th, before the race of the 2015 V8 Supercars Championshipat the Clipsal 500 in Adelaide from February 26to March 1. Young gun Andre Heimgartner will steer the SBR Ford Falcon.

Bright ready to tackle 2015 with BJR

Lowndes well and raring to go