On this day: Son of a gun's big break

On this day: Son of a gun’s big break

On this day: Son of a gun's big break 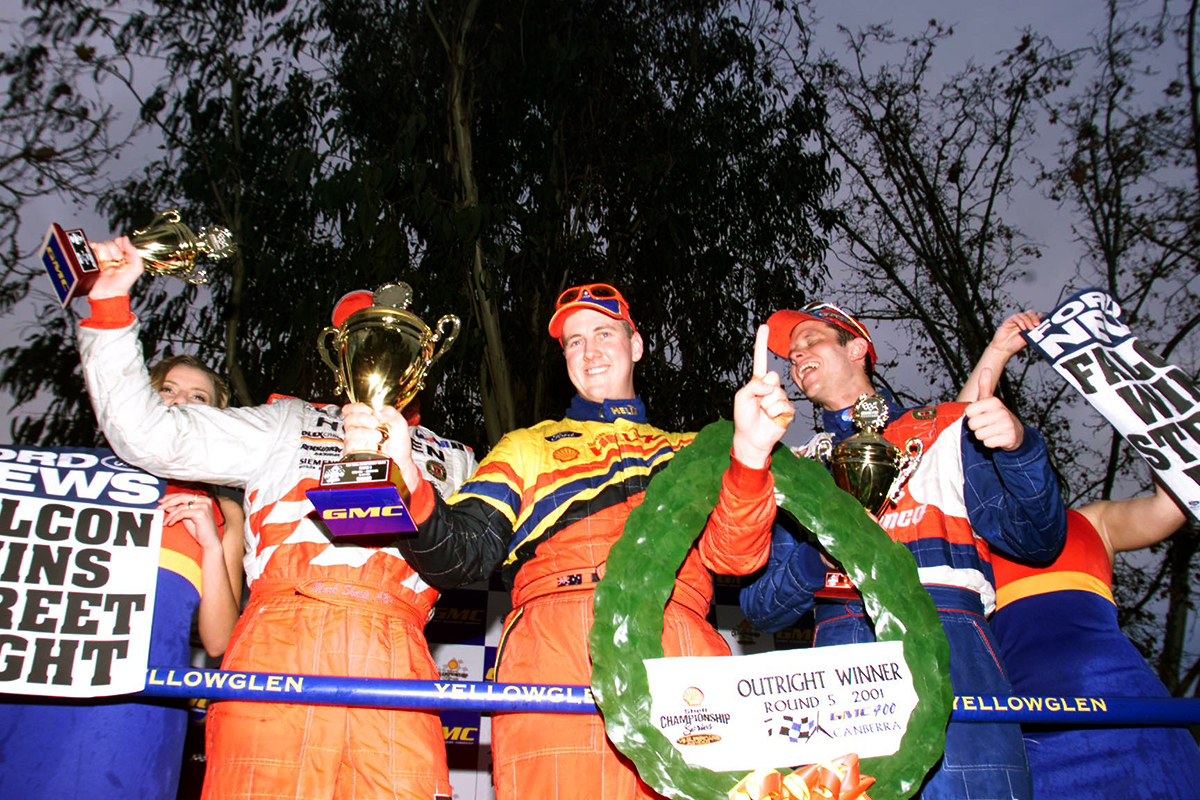 June 9 is a special day in the history of Dick Johnson Racing, with Steven Johnson scoring his maiden race win on this day 20 years ago.

For all the history and pomp of the iconic #17, just three drivers have taken the famous number to victory lane.

More recently, Scott McLaughlin won three straight titles between 2018 and 2020, and won a Ford record 48 races with the #17 on the window.

In 2001, the younger Johnson emulated his father with victory on the Canberra streets on the Saturday, before claiming the round win a day later.

Johnson junior’s maiden race win, which came in his second full-time campaign for his father’s team, came on a circuit which ran between the Old and New Parliament Houses in the nation’s capital.

DJR’s Falcons were quick from the outset in Canberra in 2001, with Paul Radisich leading Johnson in qualifying.

However, it would be Johnson who claimed pole, his very first, after Radisich spun in the Top 15 Shootout.

Johnson led Marcos Ambrose away off the start, and the duo led a large train into pit lane for the round of stops on lap 3.

Johnson on track for victory

Rookie Ambrose dropped out of contention, coming to a rest with the race neutralised on lap 12.

On the Sunday, Johnson was 12th in the reverse grid race, which was won by Steven Richards.

Third in the finale, behind Mark Skaife and Garth Tander, was enough for Johnson to claim overall round honours ahead of the Holden duo. 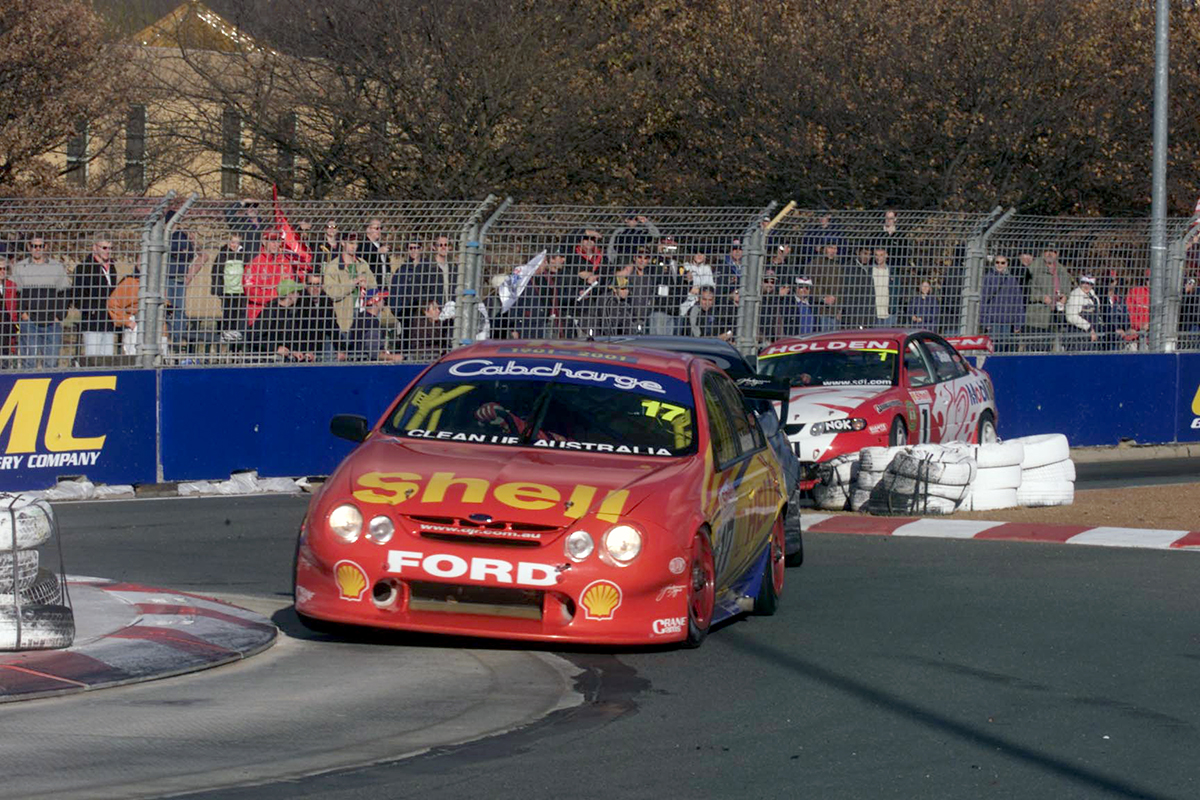 Lowndes and Skaife hassle the #17

Ambrose, who vaulted from 28th to second in Race 2, suffered a second drama of the weekend in the finale.

The tyre dislodged and famously ended up on a tyre bundle, 300 metres down the road.

The unique and comical moment did little to take the gloss off Johnson’s breakthrough, with the son of a gun adding wins at Sandown and Queensland Raceway to finish a career-best fifth in the standings.

"That was only my second full-time year as well, and that was an amazing year,” Johnson said back in 2019. 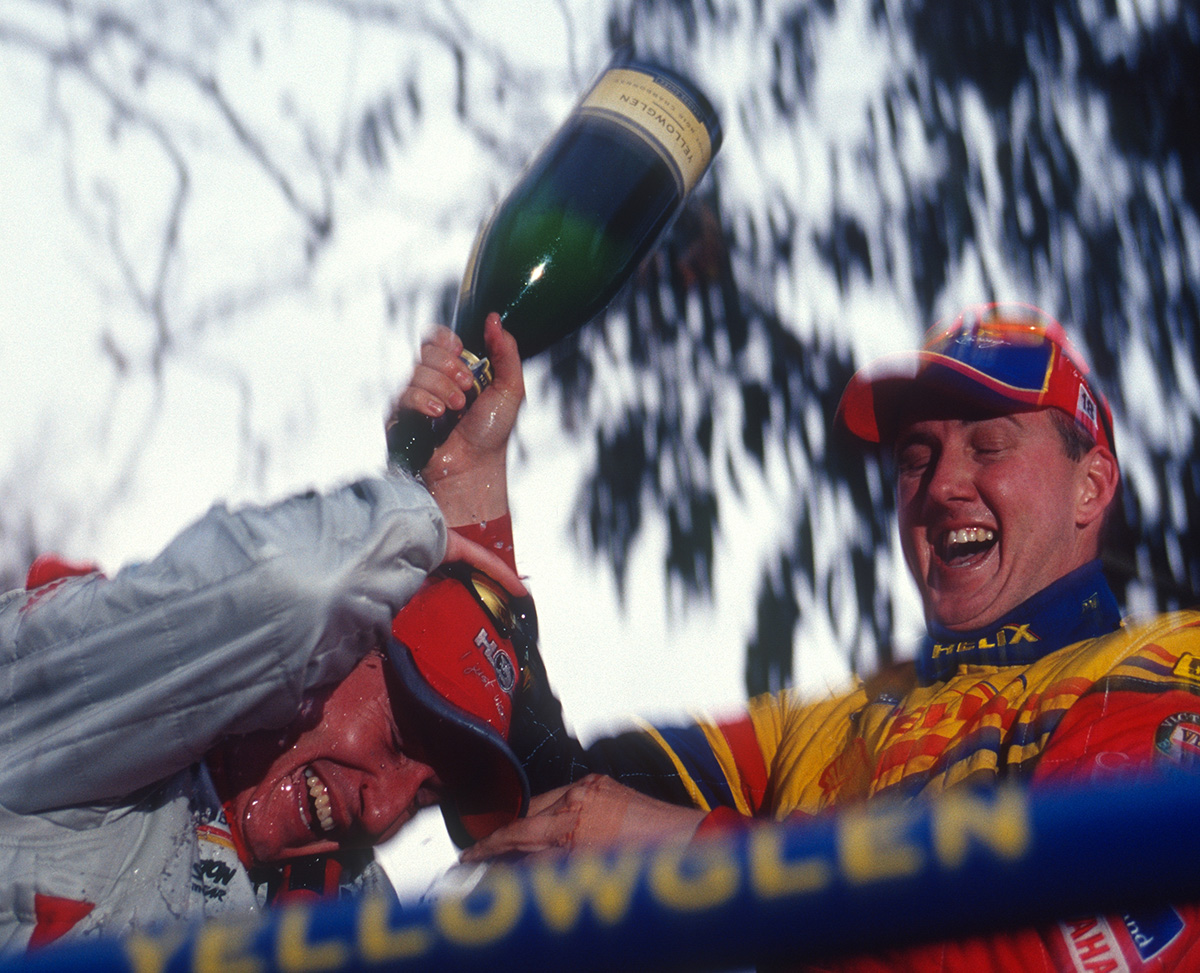 "Winning those races, being such a strong championship contender and thinking that... not that I'd made it, but that I was in a position where I'd proven what I was capable of doing in the right equipment.

"The frustrating thing about motorsport is that you've got so many other variables that can dictate your end result.

"You can be the best driver in the world, but if you haven't got the best car or at least a very good car you're going to look like an amateur.”

Johnson ran full-time for DJR until 2012, and made his last starts in the 2014 enduros. 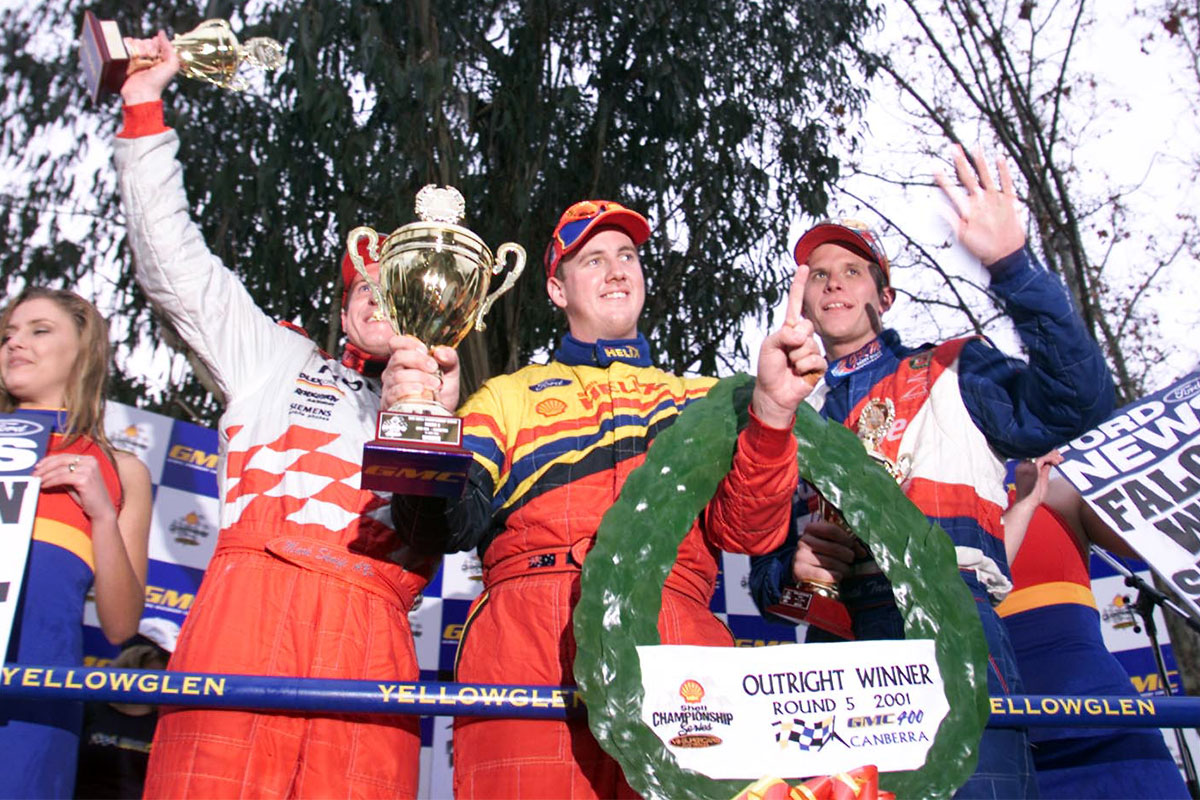 (L-R) Skaife, Johnson and Tander on the podium

He has since found his groove in the Touring Car Masters series, winning a hat-trick of titles between 2017 and 2019.

Johnson lies fifth heading to the 2021 season’s next event at Morgan Park in August.

His father’s team, which runs under the Shell V-Power Racing Team banner, will return to the track in Darwin next weekend.

The Repco Supercars Championship field will return to the Northern Territory for the Merlin Darwin Triple Crown across June 18-20. Tickets are available here.

Stanaway on the phone call he knew was coming

Stanaway: from racing wilderness to wildcard