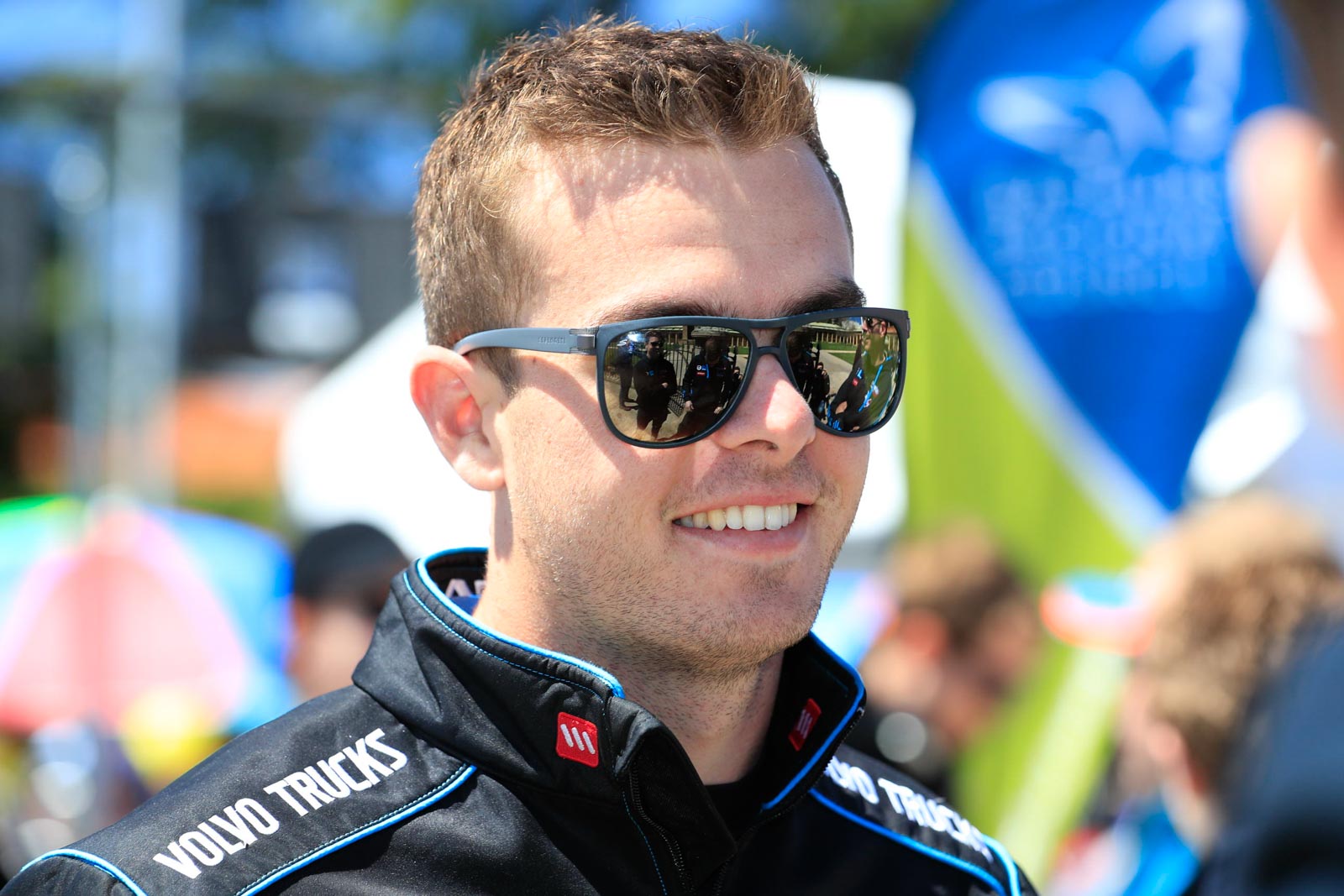 Scott McLaughlin is determined to crash Triple Eight’s party and stop the all-conquering Queensland outfit claiming a 1-2-3 in the Virgin Australia Supercars Championship.

Ahead of him are the Red Bull duo of countryman Shane van Gisbergen, his team-mate Jamie Whincup and TeamVortex’s Craig Lowndes.

All three Holden Commodore VFs are run by Triple Eight Race Engineering, the all-conquering outfit led by Roland Dane to eight teams’ championships (including 2016) and six drivers’ championship since 2008.

“I would love to spoil Triple Eight and Roland’s party for 1-2-3 in the championship,” McLaughlin told supercars.com. “That’s my main focus.

Heading into Pukekohe van Gisbergen leads Whincup by 148 points, with Lowndes a further 237 adrift. McLaughlin is 76 points behind Lowndes.

Theoretically McLaughlin is also still in with a shot at the championship as he trails van Gisbergen by 461 points with 600 points up for grabs across the four Pukekohe 100km sprint races and the two 250km mini-enduros at Sydney Olympic Park in December.

McLaughlin’s team bosses Garry and Barry Rogers have reminded him not to forget that fact.

“Garry and Barry have both said to me ‘theoretically we are still in the championship and we will push on until we are out of it’, so that’s what we will do.

“I would be disappointed if I finished worse than fourth and I would be so stoked if we got third. That’s 100 per cent my aim.”

McLaughlin’s chances of scoring big points at Pukekohe are high considering his recent form is impressive, coming off two podium finishes at the Castrol Gold Coast 600 with David Wall.

His record at the fast and bumpy 2.91km Pukekohe track is also outstanding; He won there in his first year in the championship driving a Holden Commodore for GRM and has added four podiums since then in the Volvo.

All racing at Pukekohe will be conducted on the hard Dunlop tyre and the S60 works well on them, most notably when McLaughlin swept the Phillip Island event earlier this year.

“We have been fast there since 2013 and I feel the GRM cars suit the bumpy tracks so I feel confident going there … It would be great to put it on the podium a few times, but we’ll soon see.

“We have also been good at tracks with hard tyre this year, so I feel it could be a strong round for us.”

McLaughlin lands in New Zealand today in preparation for the event and is booked up for a lot of public and media appearances. He knows public support and interest will be high because of the strong positions he and van Gisbergen hold in the championship.

“With me and Shane top four it should be good,” he said. “I remember when I first took the race lead in 2013 I could see all the people going out of control on the hill and they were going nuts in 2014 when Shane and I were battling for the lead.

“It is really cool when you have that much support.

“I am a bit disappointed there isn’t a drivers’ parade at the weekend because that’s one of the best ways to have interaction with the fans. It’s pretty cool when you see so much support.”

McLaughlin is also conscious that the Jason Richards Trophy is up for grabs for the fourth time this weekend, but has never been won by a New Zealander.

“Along with Greg Murphy, Steven Richards and a couple of others, Jason really put Kiwi drivers on the map in Australia. He is a legend and he was such a nice guy, so it would be something special to be the first Kiwi to win that.”

And he remains determined push as hard as possible to the end of his four years with GRM, before the big shift to DJR Team Penske in 2017.

“In my position I am proving to them I am not dropping the ball and I am focussed on doing some good stuff before I leave,” McLaughlin said.

“That’s the main thing too, keeping a positive attitude, which we certainly have at the moment.

“But I am a GRM crew member until the end of the year so I am 100 per cent focus is on that team and that team only.”

GRM is in a heated fight with the Holden Racing Team (Walkinshaw Racing) to finish second in the teams championship, while DJR Team Penske is sixth.

Tickets for this weekend's ITM Auckland SuperSprint are available from Ticketek.

Eight things we learned on the Gold Coast