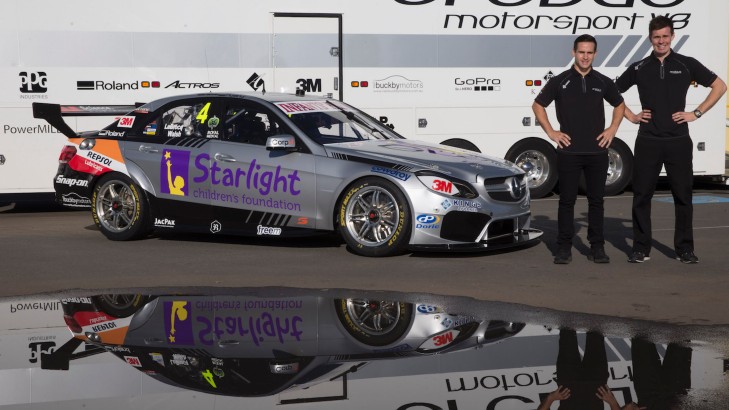 The youthful pair will be complemented at the other end of the spectrum by experienced brother pairing Will and Alex Davison, who will line-up as co-drivers for the second year in Erebus Motorsport's #9 Solar Australia Racing entry after recording a team best fourth placing at last year's Sueprcheap Auto Bathurst 1000.

Le Brocq's elevation to V8 Supercars caps his graduation from the Erebus Academy, with the former Australian Formula Ford Champion proving himself in the Formula 3, Australian GT Championship and V8 Supercars Dunlop Seriesranks since 2013.

As well as honing his skills in the Dunlop Series over the past 18 months, Le Brocq has also been a regular driver for the Erebus Motorsport GT team.

Having previously tested the Erebus Motorsport V8 Supercar on several occasions, Le Brocq said he was excited to be receiving his first professional drive for the team at some of the most iconic circuits in Australian motorsport.

"I'm still pinching myself to be honest and can't thank everyone enough at Erebus for giving me this opportunity,'' said Le Brocq.

"I'm absolutely stoked. I don't think I've ever looked forward to a seat fitting as much as this and I'm really excited to be driving with Ash.

"It'll be great to get some laps in the car during the co-driver practice sessions at Perth next weekend and the other rounds in the build-up to the enduros.

"It's been my aim for a while to gain a V8 Supercars drive and this is a significant stepping stone towards pushing for a full-time drive in the category further down the track.'' 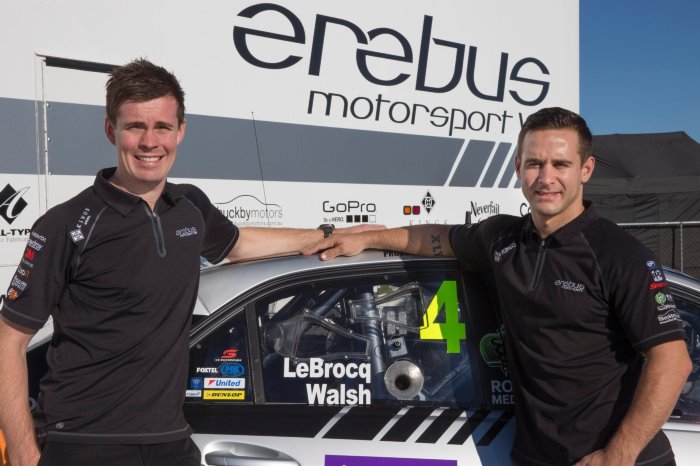 In addition to gaining valuable time in the Erebus Motorsport V8 Supercar at the various co-driver practice rounds, Le Brocq will also ready himself for the endurance series with a regular drive in the Australian GT Championship alongside experienced campaigner Justin McMillan in a new Camaro GT3 as well as his Dunlop Development Series commitments with Matthew White Motorsport.

Walsh and Le Brocq have crossed paths in both Formula Ford and Development Series in recent years and Walsh said it was great to see another young driver getting an opportunity in V8 Supercars.

"Jack first moved into Formula Ford when I was on my way out so I've known him for a few years and we've always got along well so it's obviously a positive to have a good relationship with your co-driver,'' said Walsh.

"It's good to see Jack get the opportunity as I know from my own experience how hard it is for young drivers to get their first gig in the main game.

"It's all thanks to Betty and the Erebus Academy program she's set up so congrats to her for following through with it all.

"It's good to be racing with someone like Jack, he's done lots of kilometres in the Development Series and has been going well. For me, it's really important to have a driver that getting lots of miles and to be race ready when the enduros come around.''

Team owner Betty Klimenko said it was rewarding to witness Le Brocq's progress since joining the Erebus Academy in 2013 where he has been mentored by Erebus Motorsport General Manager - Motorsport Barry Ryan.

"Jack has been a part of the Erebus Academy program for a number of years and it's been great to see him develop as a driver and as a person to get to the point where he is today," said Klimenko.

"We feel Jack has earned the chance to test himself in V8 Supercars and is ready to make the most of this opportunity driving with Ash.

"It's great that on one side of the garage we will have a team of up and coming drivers in Ash and Jack and then on the other side we've got the experience of Will and Alex Davison so I'm really excited about this year's enduros.''

Erebus Motorsport's preparations for the enduros and next weekend's Perth SuperSprint will ramp up today at Queensland Raceway with the team utilising one of Walsh' allocated rookie testing days.

Revised livery for Walsh in WA

No off-track incidents for Mostert

Charlie: "We have a real chance of winning"

Holdsworth confident of results with Bourdais