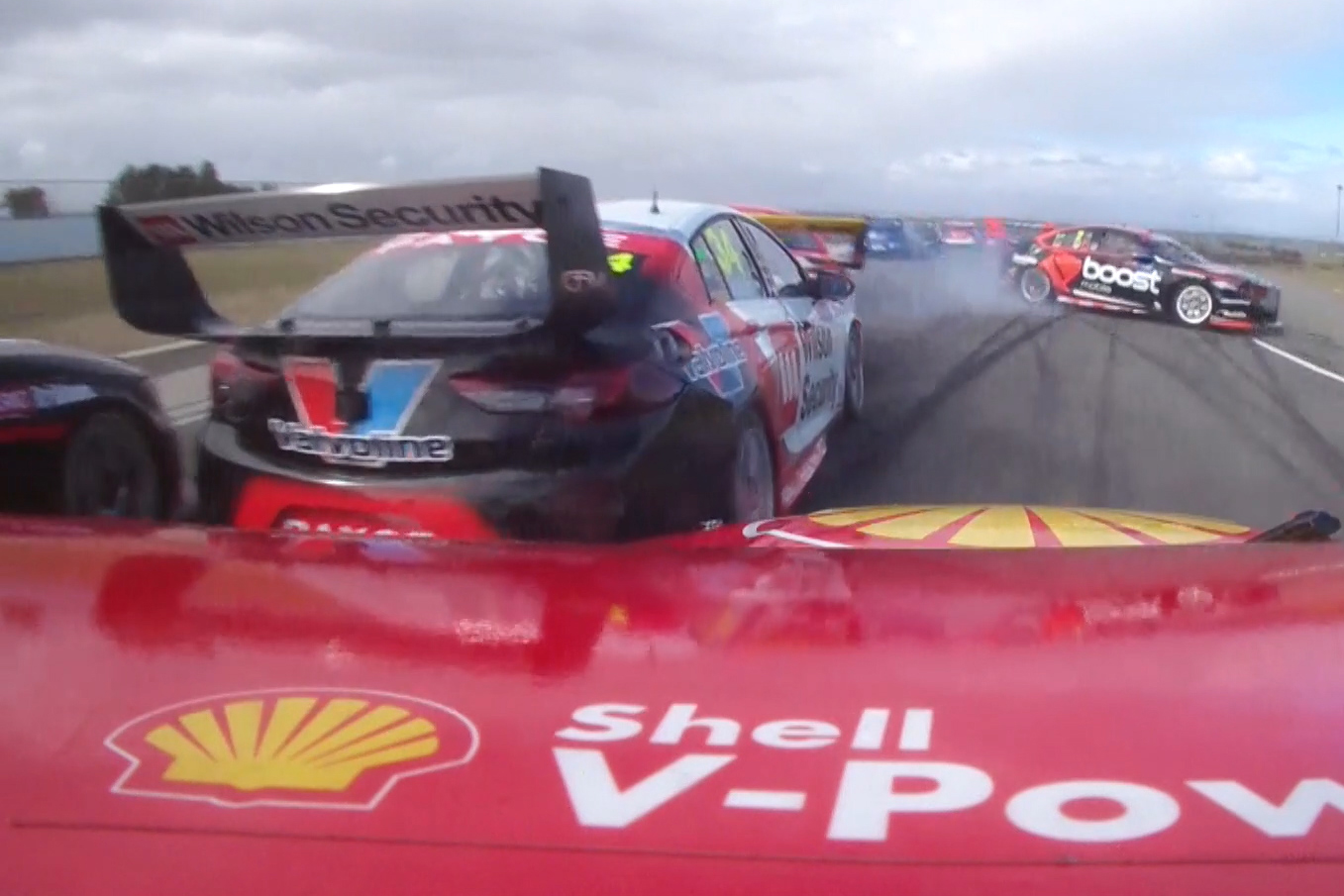 No penalties have been issued from five incidents that were the subject of post-race investigations on Sunday at the Perth SuperSprint.

The early stages of the 200km proved action-packed, with four incidents taking place across the first eight laps.

An investigation was also undertaken into a later pitlane issue between David Reynolds and Andre Heimgartner, with both drivers cleared.

Read the stewards' summary of each investigation below.

During the Race a request for investigation was received from WAU Racing into an Incident involving Car #2, Scott Pye, and Car #56, Richie Stanaway, at Turn 5 on Lap 1. Following a post-Race review of the Judicial Camera footage from Cars #2, #5, #12, #21, #34 and #56 by the DRD, on the available evidence no Driver was wholly or predominately to blame for the Incident.

At Turn 1 on Lap 3 an Incident was observed involving Car #33, Garth Tander, Car #34, James Golding, and Car #35, Todd Hazelwood, which resulted in Car #34 spinning off track. The DRD investigated the Incident after the Race and, having reviewed all of the available evidence, including Judicial Camera footage from Car #33, determined that the matter did not warrant referral to the Stewards because no breach of the Rules was observed.

At the request of Nissan Motorsport, the DRD conducted a post-Race investigation into an Incident involving contact between Car #23, Michael Caruso, and Car #400, Will Davison, at Turn 6 on Lap 3 which resulted in damage to the front left wheel of Car #23. After reviewing the Judicial Camera footage from Car #23, the DRD determined that the matter did not warrant referral to the Stewards because no Breach of the Rules was observed.

Following a request for investigation from Racing Team (Aust) into an Incident between Car #12, Fabian Coulthard, and Car #888, Craig Lowndes, at Turn 6 on Lap 8 which resulted in Car #12 leaving the Race Track, the DRD reviewed the Judicial Camera footage from Car #2, Scott Pye (which was immediately behind Car #888 prior to the Incident), and from Car #12, and determined that no Driver was found to wholly or predominately to blame for the Incident.

During the Race an Incident was observed by Supercars Officials in Pit Lane involving contact between Car #7, Andre Heimgartner, and Car #9, David Reynolds, when car #9 was exiting its Pit Bay. The DRD investigated the Incident following the Race and reviewed Judicial Camera footage from Cars #7 and #9 and determined that the matter did not warrant referral to the Stewards because no Breach of the Rules was observed.

McLaughlin: We were 60 points down at half-time

As it happened: Perth SuperSprint