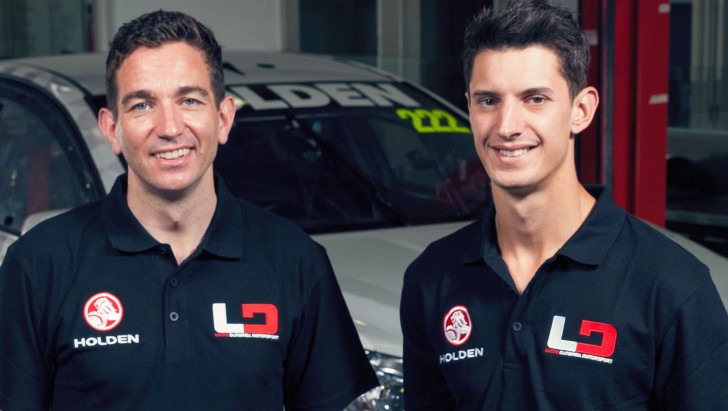 After the success of 2014, Percat believed Gavin was the natural choice to join him in the #222 Repair Management Australia Commodore at new home LDM.

"Oliver was the first and last driver on my list of who I wanted to drive with," Percat said.

"I was adamant on having Oli back because he showed great speed, is a quality driver and brings a wealth of international and endurance racing experience."

Percat has full faith in the 42-year-old Brit and feels Gavin is an invaluable asset for the enduros and his personal progression.

"He's a consummate professional and I know that both Lucas Dumbrell Motorsport and I can learn a lot from him. He'll bring a lot of ideas on how we can continue to develop," he said.

"We can focus on making sure our car is strong from the outset, because I know he can drive a V8 Supercar fast."

A four-time American Le Mans Series champion and Le Mans 24 Hour class winner, Gavin said driving with Percat was a highpoint of his 2014 season, and is thrilled to join him again.

"Nick and I had a great run at Bathurst and finishing on the podium was definitely a highlight of the year for me," Gavin said.

"Nick and I are a great combination; we work well together, and are a strong mix of youth and experience, so I'm really looking forward to continuing what we started.

"LDM is also a great young team and its passion, energy and enthusiasm makes me really excited about the enduros."

The Pirtek Enduro Cupkicks off later this season with the Wilson Security Sandown 500, fromSeptember 11-13.

The V8 Supercars are on-track today at the Formula 1Rolex Australian Grand Prix for practice and qualifying.

Autodesk branding for Kelly this week

Pither subs in for Wall

Don't write off Tander for title