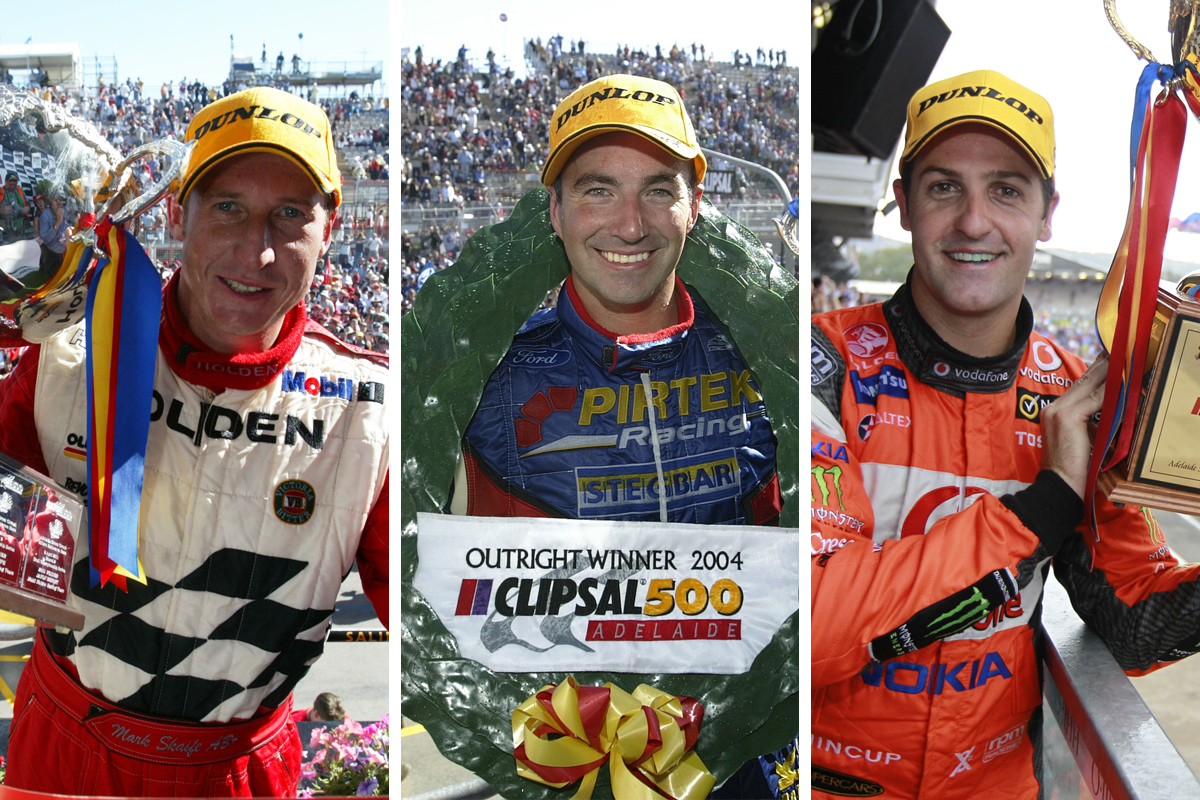 The Adelaide 500 celebrated its 20th year in spectacular fashion, with a sell-out crowd on Sunday.

While every Adelaide 500 has featured 250km of racing on Saturday and Sunday, the latter is the day when the big trophy is traditionally awarded.

Shane van Gisbergen’s Sunday success added to his 2013 and ’17 triumphs, drawing him closer to the event’s only four-time winner, Jamie Whincup.

To mark the completion of Adelaide’s 20th running, we salute all the winners of one of Supercars’ marquee events.

Disqualification for an incident with a backmarker on Saturday left Lowndes starting at the rear of a 36-car field, but did not stop the young star charging to victory. 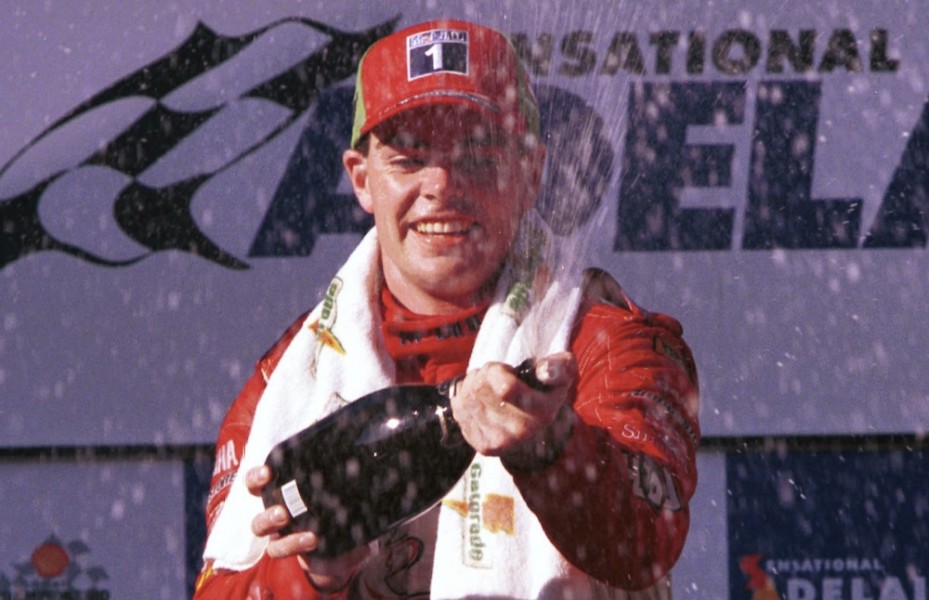 In the only year where the winner was determined on overall points, a third and a second across a dry Saturday and rain-soaked Sunday secured Tander his first 500 victory. 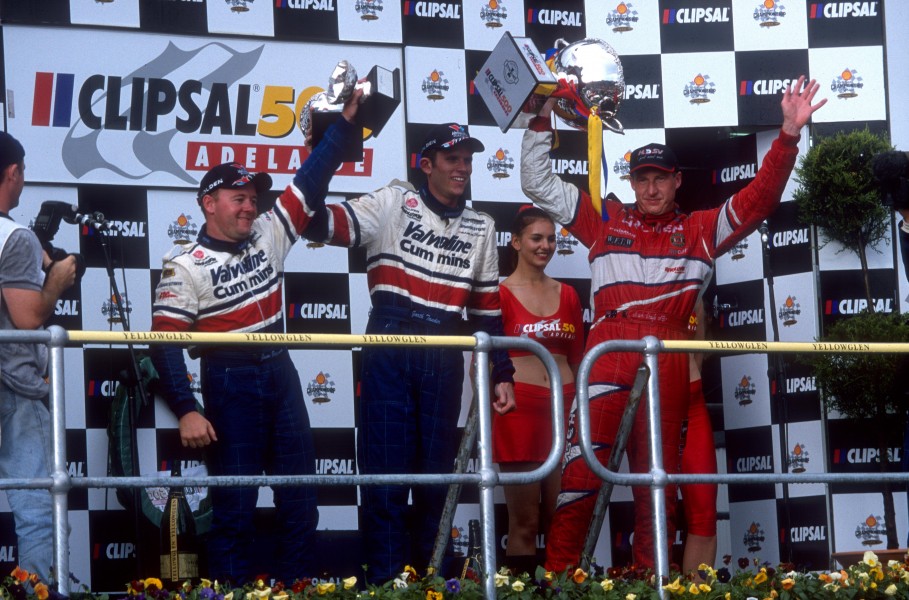 A first-lap incident in the Sunday race forced a pitstop for repairs but, after two long stints to the chequered flag, Bright was victorious in just his second event back from a year away in the US. 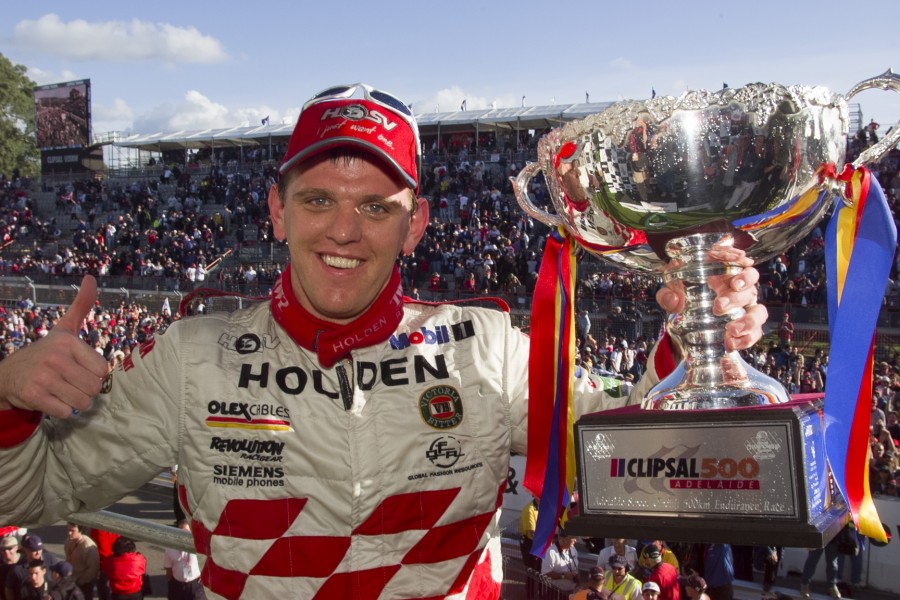 Having lifted the Sunday trophy three years earlier but not ultimately be recorded as the outright winner, there was no denying Skaife in 2002 as he sailed to victory in both races. 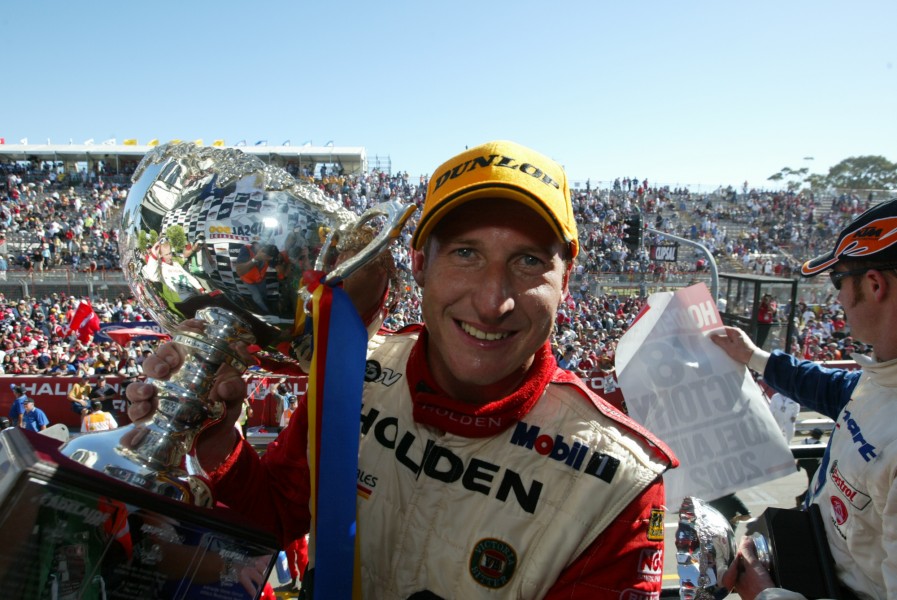 The Holden hero made it back-to-back Adelaide wins in 2003, coming out on top after a spirited charge from Marcos Ambrose who, in a sign of things to come, had won the Saturday encounter. 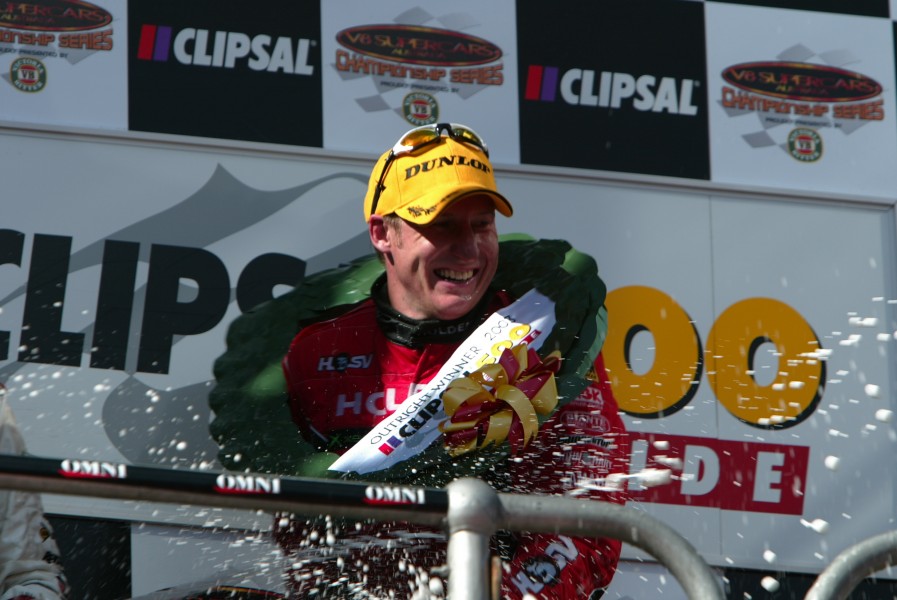 In scorching conditions, the 'Devil Racer' blitzed the Adelaide field in both races as he began an ultimately successful bid for a second-straight Supercars title. 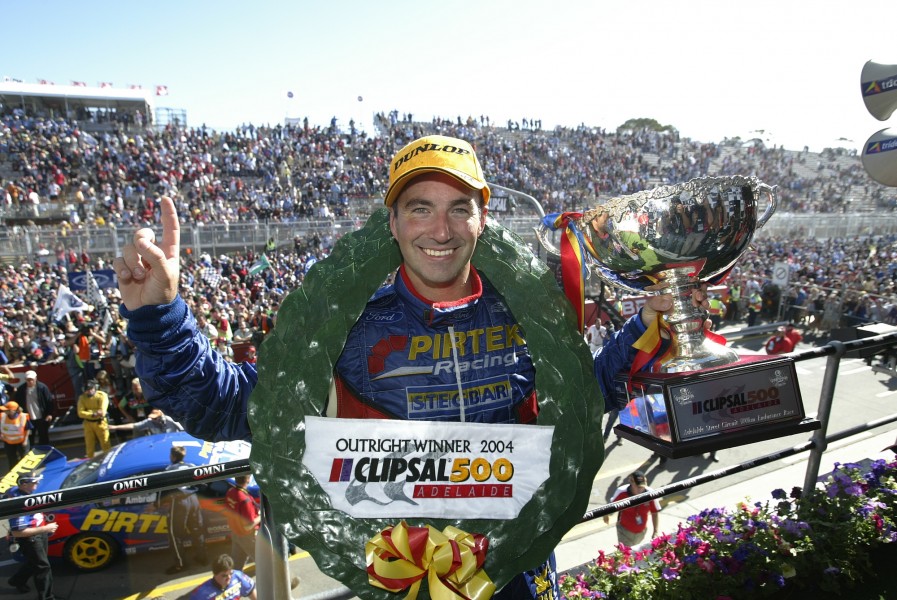 With Stone Brothers Racing at the peak of its powers, Ambrose scored another double in 2005, shortly before announcing a move to NASCAR for the following year. 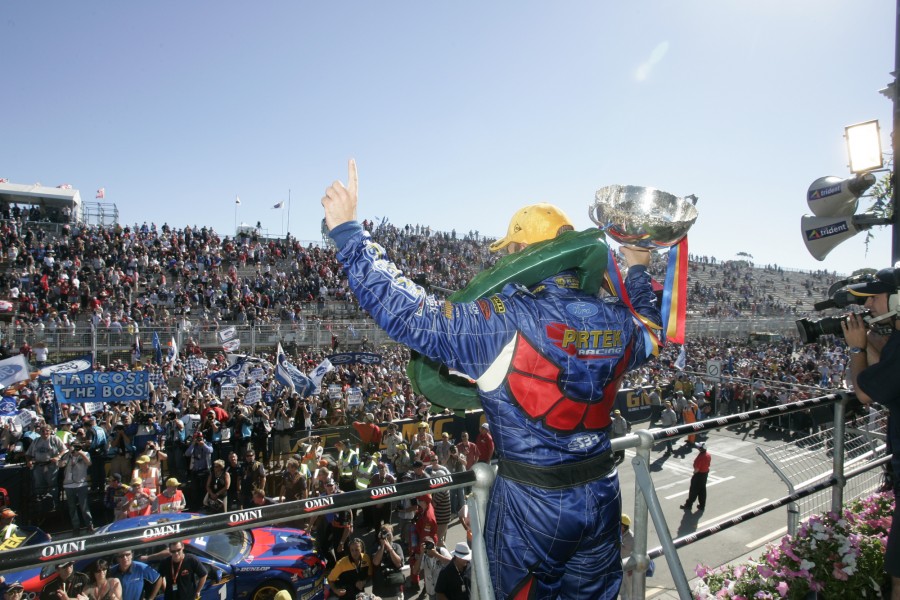 Whincup was hired by Triple Eight in 2006 to play back-up for star Lowndes, but victory on debut with the team in Adelaide showed the youngster would be a force in his own right. 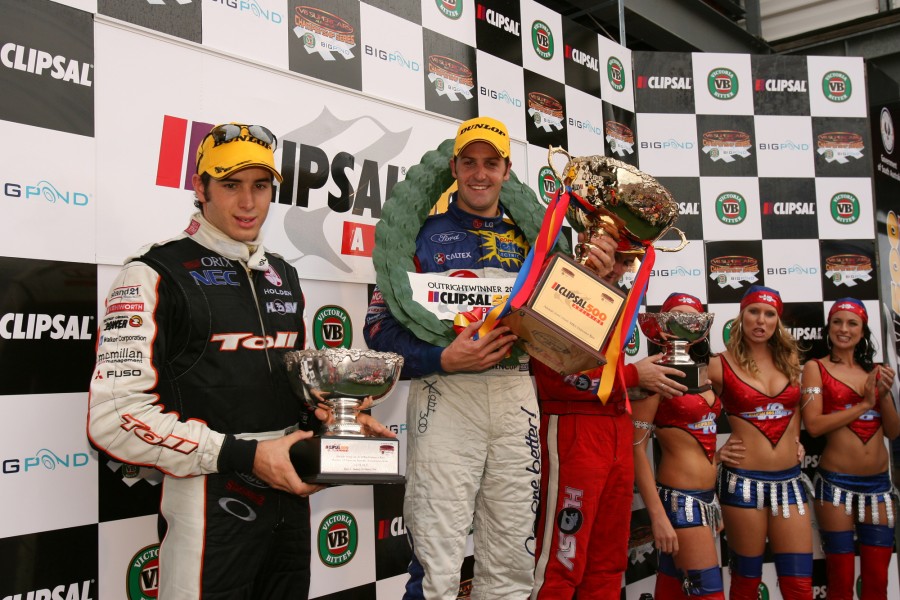 Just like the VT, VY and VX models before it, Holden's VE Commodore won in its first Adelaide appearance; Rick Kelly doing the job on Sunday after brother Todd took out the Saturday race. 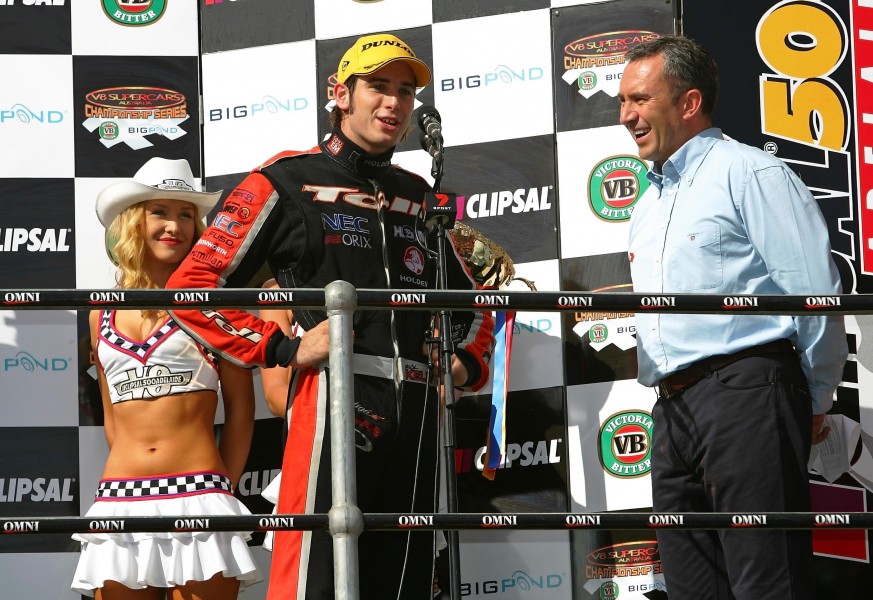 Having narrowly missed out on the 2007 championship, Whincup started the following season in dominant fashion, taking a commanding Adelaide double. 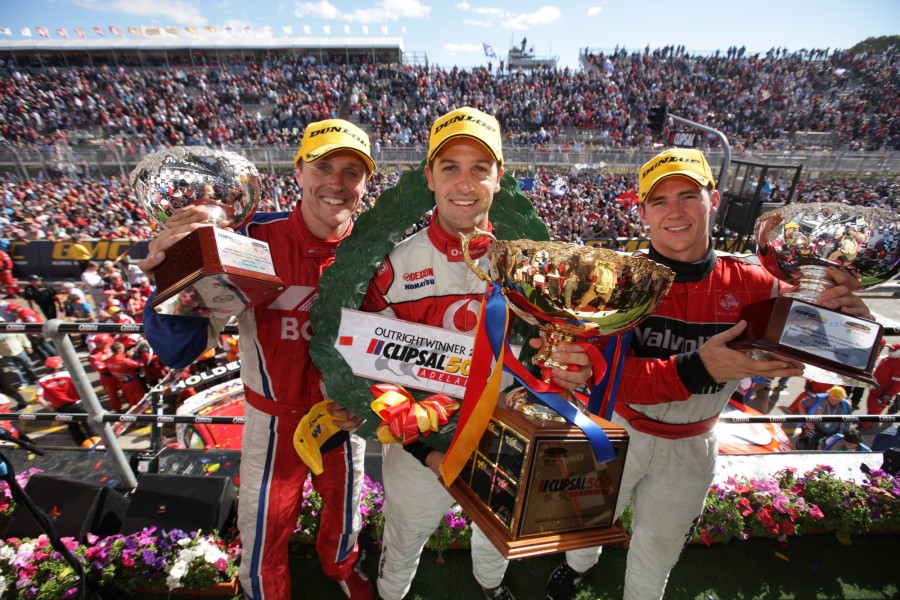 The move from BF to FG model Falcon for 2009 only strengthened Whincup's dominance, with another two Adelaide victories the result. 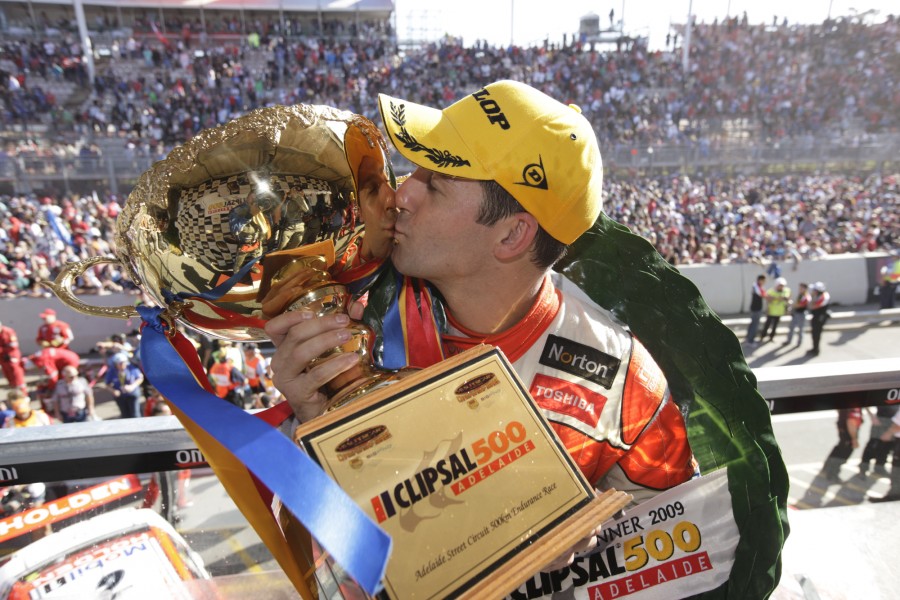 Ten years after his previous triumph with GRM, Tander scored his second Adelaide victory, coming out on top in a fuel milage battle after Whincup's day was dashed by a black flag for loose bodywork. 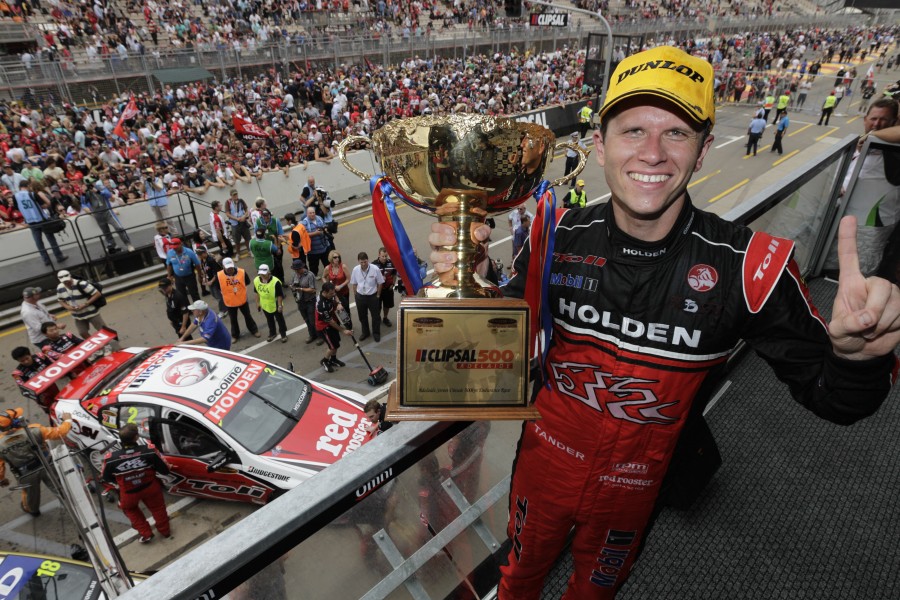 Whincup was back on top in 2011, winning an exciting Sunday contest that started in wet conditions but finished in the dry. 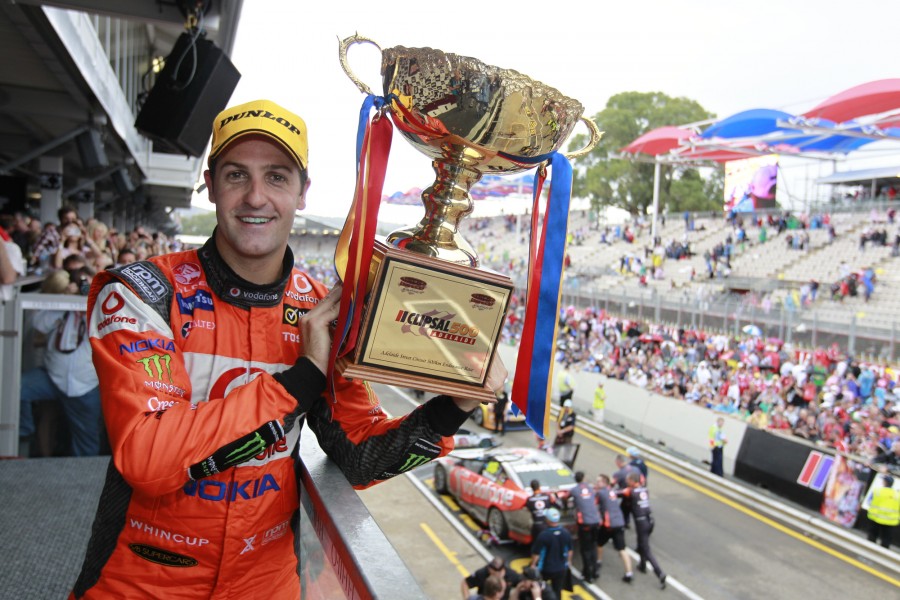 Losing out to close friend Whincup on the final lap on Saturday, Davison wasn't to be denied in the Sunday race, taking the now Tickford-branded team's only Adelaide win to date. 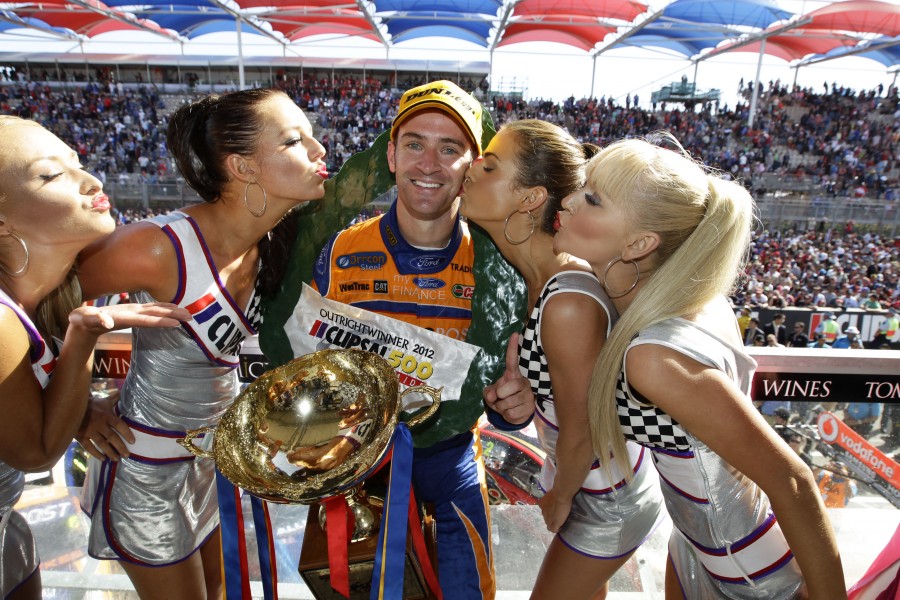 Van Gisbergen caused a stir by reappearing with Tekno just months after what had been announced as a sabbatical from Supercars, but he cast aside the drama to score a stunning first-up win. 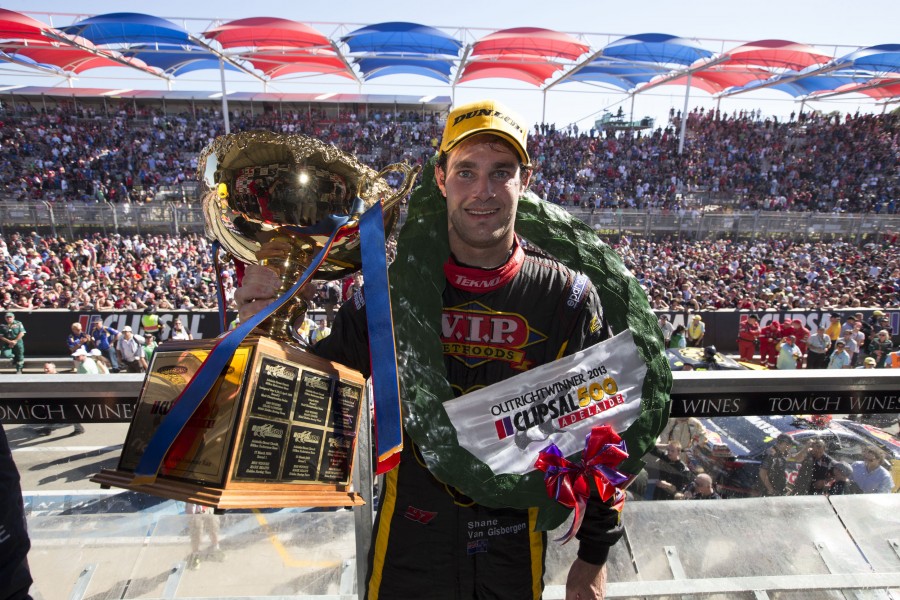 HRT got one over Triple Eight in 2014, with Courtney making the most of a contentious pitstop infringement penalty for Whincup to score victory for the factory team. 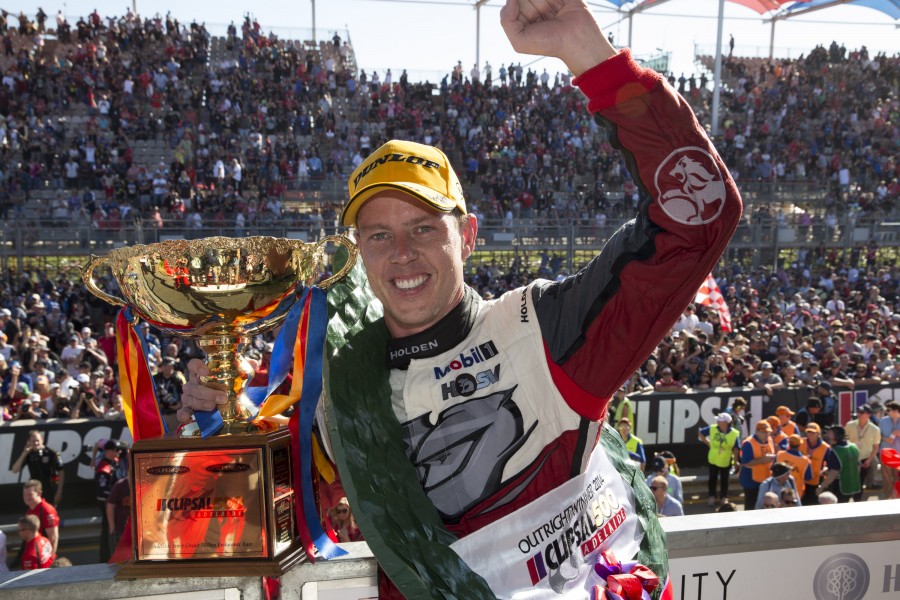 Courtney made it back-to-back triumphs a year later, starting from pole and fending off van Gisbergen to the delight of team boss Ryan Walkinshaw. 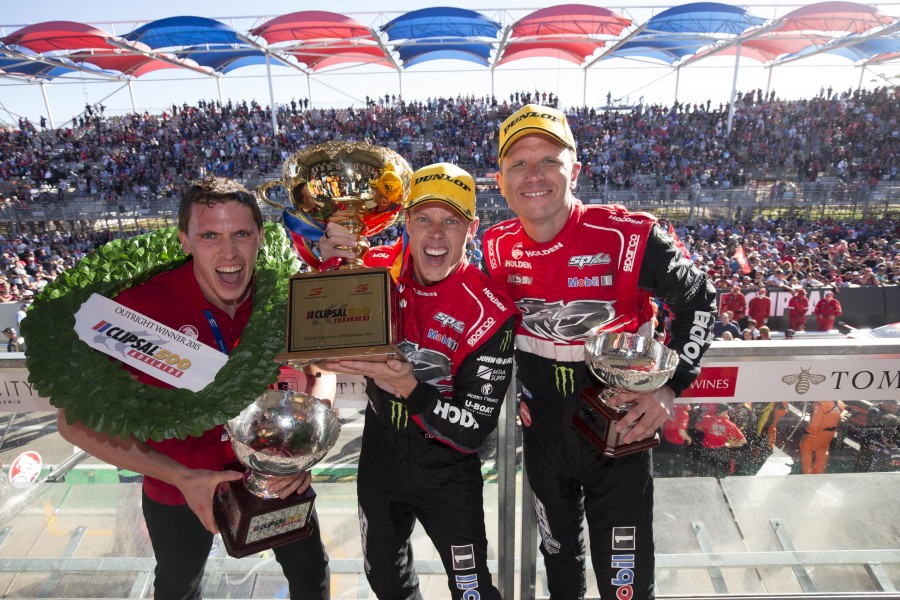 After extreme heat in the lead-up, the heavens opened on Sunday in 2016, and it was local hero Percat and minnow outfit Lucas Dumbrell Motorsport who made the most of the chaos. 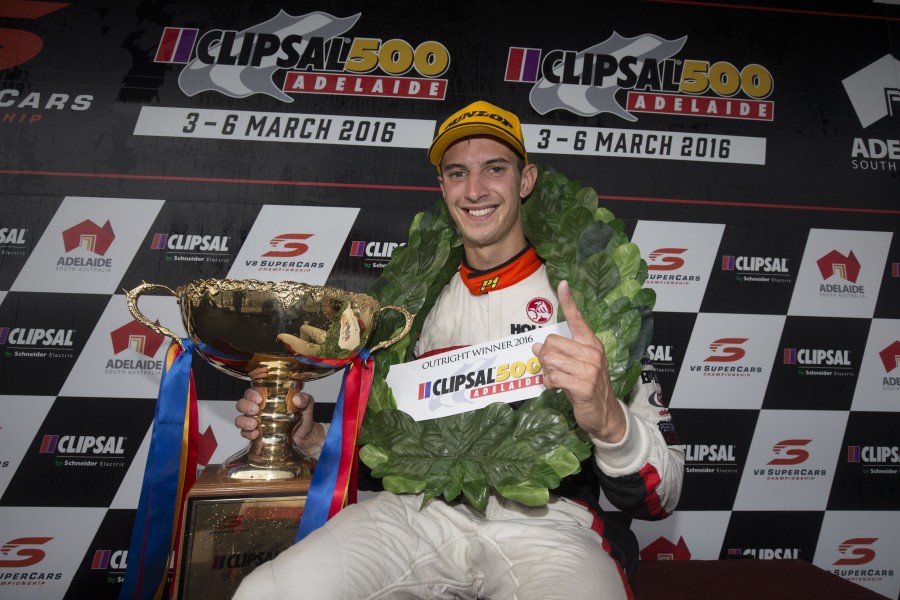 By 2017 van Gisbergen had become renowned as a street circuit specialist and underlined that status with two poles and two dominant victories in Adelaide. 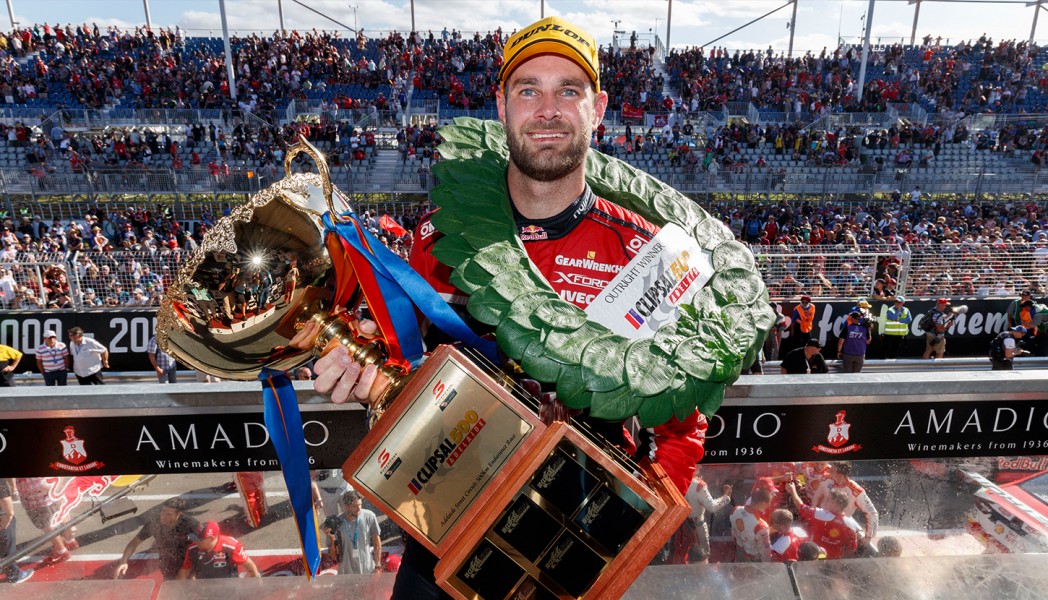 The quick Kiwi was at it again last weekend, repeating the double-double of two poles and two wins in a dream debut for the ZB Commodore. 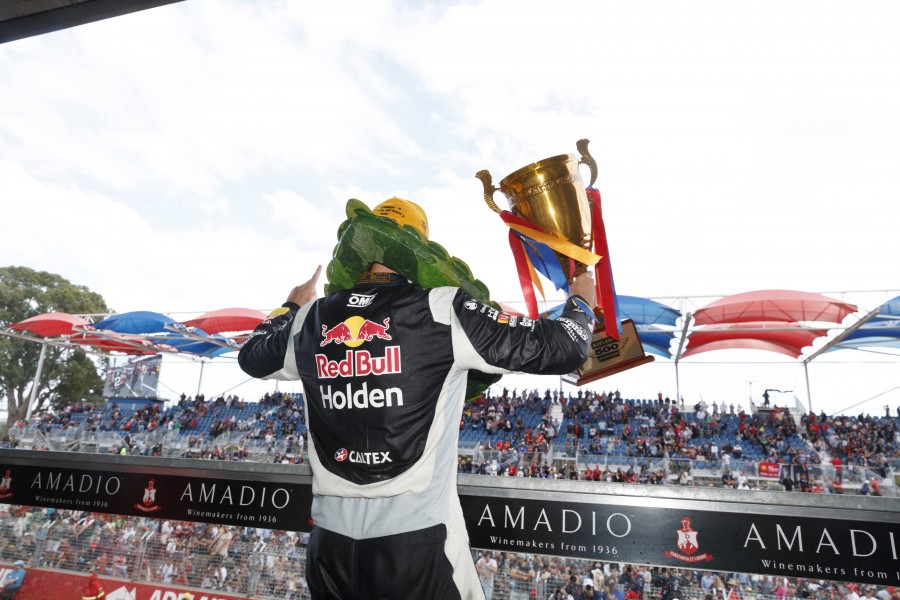 Courtney and Pye laugh off 'wrestle'