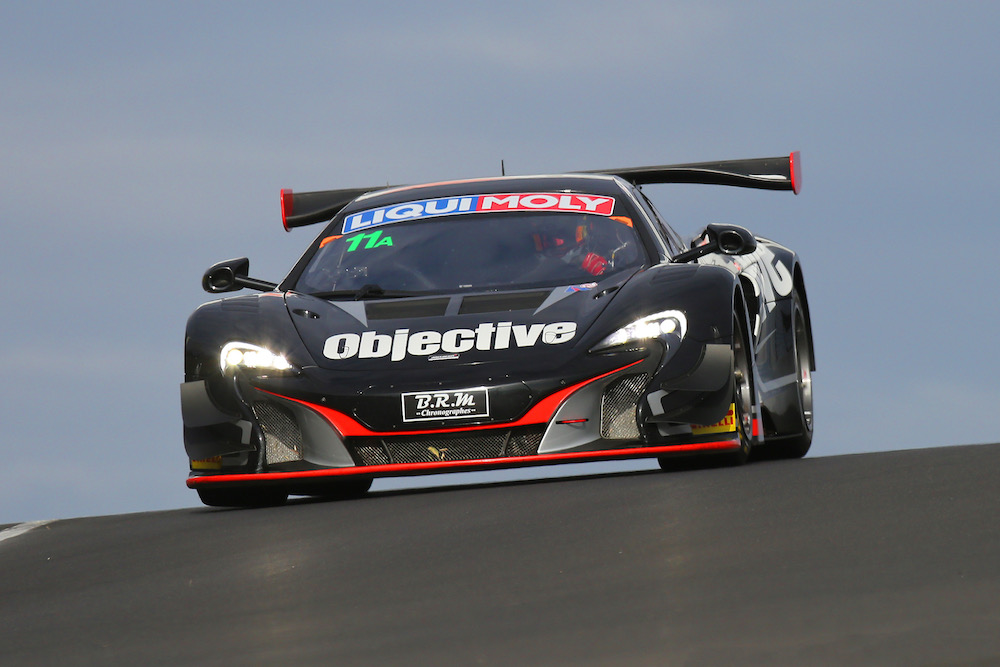 Tim Slade is the first Supercars star secured for the 2018 Bathurst 12 Hour, confirming his place aboard Objective Racing’s McLaren 650S.

A host of Supercars stars are again expected to be part of the growing GT race, with 12 of the championship’s full-timers having been on the grid this year.

"It's great to be heading back to Bathurst with Tony and the Objective Racing crew," said Slade, whose entry is expected to run in the Pro-Am category for the February 2-4 event.

"Things haven't gone to plan the last couple of years and we haven't been able to get the kind of results we know we are capable of - but the car is fast and if things roll our way we know we will be competitive.

"Thanks to Tony for inviting me back. I'm really looking forward to getting back behind the wheel of those cars."

Slade will be hoping for a smoother run at the 12 Hour than he endured in the recent Supercheap Auto Bathurst 1000, where cooling issues resulted in him being dragged from his car.

Race for Richie Stanaway heats up

Wood to step down from Supercars drive