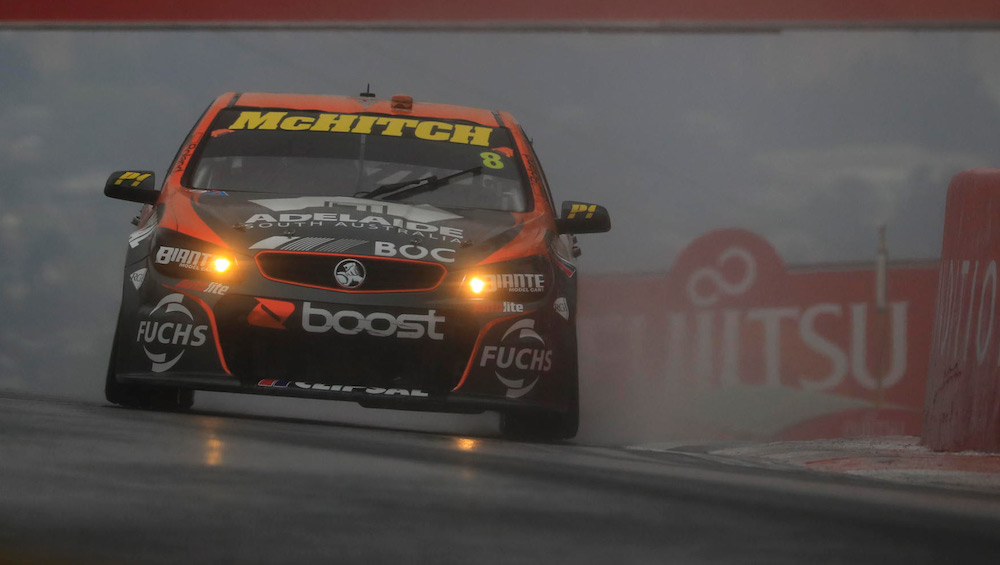 After fighting back from a lap down to lead during the final stint, a last-lap crash was a devastating end to Nick Percat and Macauley Jones’ Supercheap Auto Bathurst 1000.

Percat clouted the wall on the run to McPhillamy Park on lap 161 and, with a damaged rim bent onto the brake rotor, was unable to drag the car back to the chequered flag.

He had been running 11th after a lock-up at the Chase five laps earlier dropped the Boost Holden out of third place and into the pits for a new front tyre.

“I’m not sure what happened, but I hit the fence before I turned into McPhillamy,” Percat told Supercars.com.

“It was a hard hit. It winded me, I think because it was so unexpected. I was looking up the road to McPhillamy and the next thing I knew I was in the fence on the right.

“The steering was a little bit left-hand down after Giz [Shane van Gisbergen] nailed me earlier at The Cutting, but it had felt fine, so we’ll have to look into what happened.

“I’m pretty shattered because we obviously had a terrible weekend on all fronts, starting with Thursday’s crash for Sladey [team-mate Tim Slade].

“I just wanted to reward the team because the year [of disappointments] is just never ending for us.”

The #8 Commodore had dropped off the lead lap early in the race following a drive-through penalty after Jones had exited the pit box without his belts fully fastened.

Percat gained the lap back with the help of a long-awaited first Safety Car on lap 76, putting the car back in contention.

He boldly became the first to move to slicks on lap 120 and, after initially struggling, eventually emerged from the next round of stops in third place.

That became the lead when van Gisbergen and Garth Tander skated off on lap 144, but his time at the front lasted just one lap before eventual winner David Reynolds squeezed by.

“It was obviously good to get to the front, but I was trying to save a fair bit of fuel so I couldn’t fight with Davey and those guys,” Percat explained.

“I had to surrender and then when we were back on [not saving fuel on lap 156 after another Safety Car], I moved to the right under brakes [while defending from Fabian Coulthard] into the Chase and just should have noticed it was a bit damp.

“It locked up and just speared off the road and we had to pit to put another tyre on it. It was shattering.

"We didn’t have enough for Dave but I thought we could finish second.”

Percat and Jones joined Mark Winterbottom/Dean Canto in enduring late heartbreak, with Winterbottom crashing the Prodrive Ford out of fifth place on the penultimate lap.

McLaughlin: We got out of it pretty lightly

Waters/Stanaway lead, McLaughlin out at halfway