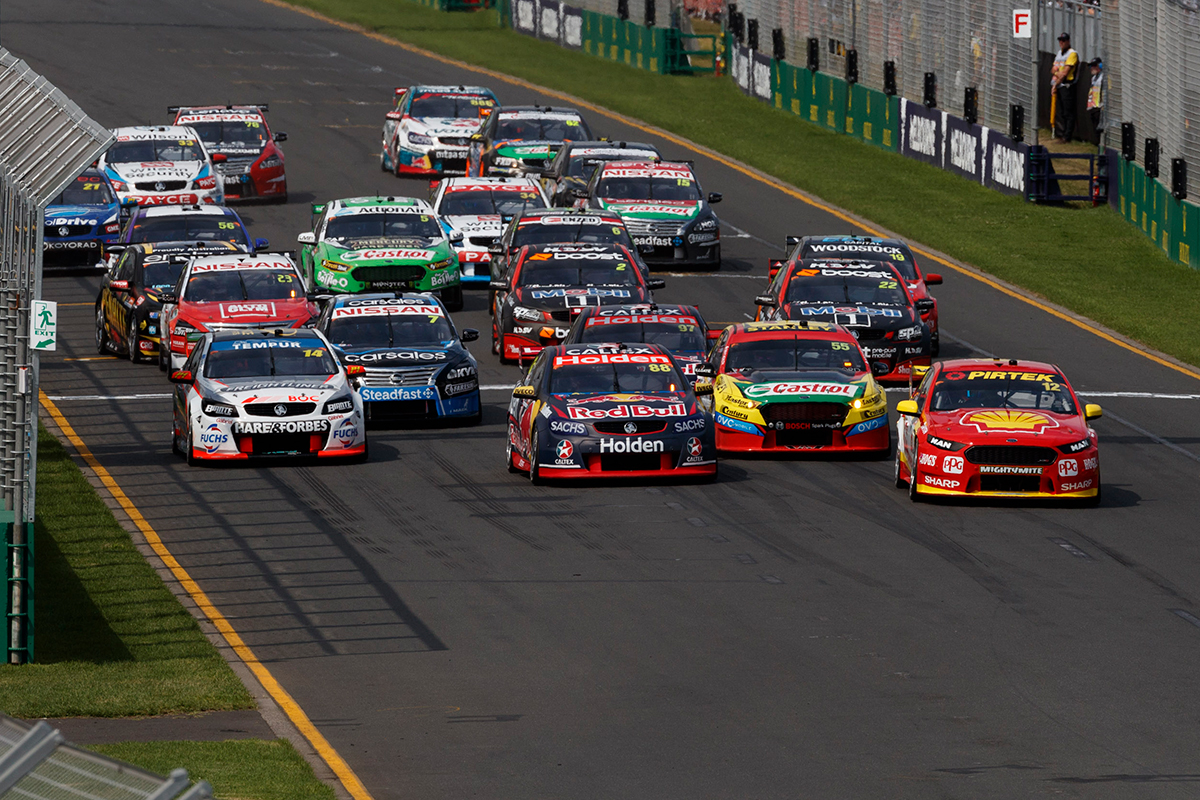 1. This year marks the first time that a Supercars event at the Formula 1 Australian Grand Prix at Albert Park will count for points towards the Virgin Australia Supercars Championship.

However it’s not the first time Supercars have raced for points at an F1 Grand Prix. In 2012, the Supercars Championship competed as part of the Abu Dhabi Grand Prix weekend on the Yas Marina Circuit, below, with Jamie Whincup winning all three sprint races. 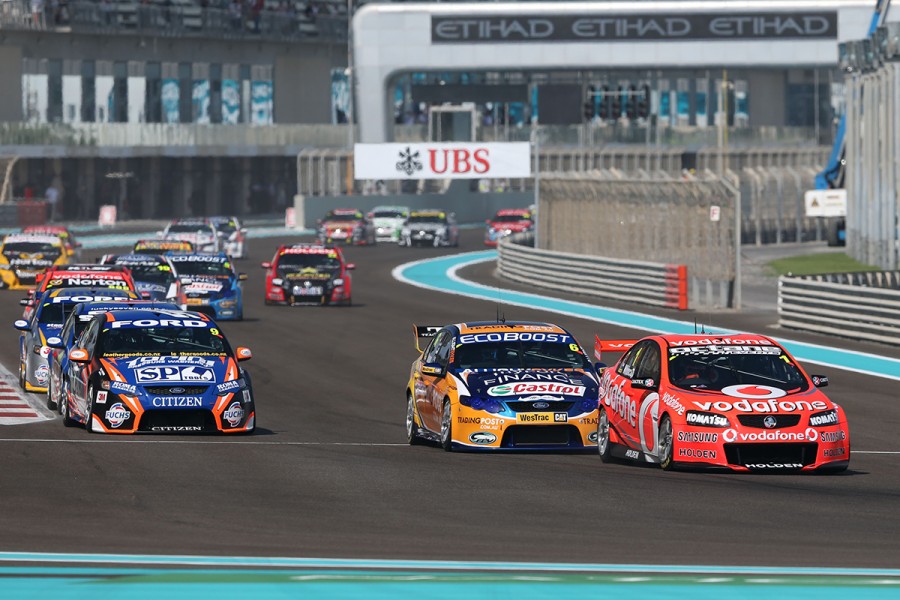 2. This year marks the 22nd time that Supercars have raced at Albert Park. The category has been a part of the Grand Prix in Melbourne every year since it began in 1996 except for one - 2007.

Glenn Seton beat home the late Peter Brock to win the very first race in 1996 by just 0.184 seconds, a mark that remains the closest Supercars finish at Albert Park.

3. A total of 68 Supercars races have been held at Albert Park. Russell Ingall holds the record of most race wins - eight - but that is under threat this year from three current drivers in Mark Winterbottom, Garth Tander and Shane van Gisbergen, who each have seven Albert Park race wins. 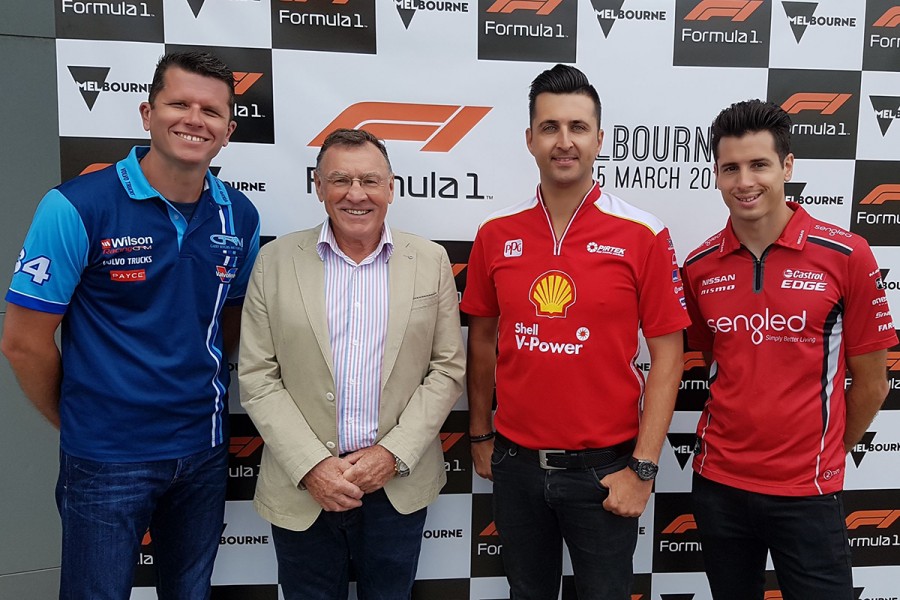 4. The driver with the most points over the weekend at Albert Park will receive The Larry Perkins Trophy, named in honour of the Supercars Hall of Famer and ex-Formula 1 driver.

His Supercars team won nine races at Albert Park with Ingall (seven across 1997-98) and Steve Richards (two in 2006).

Whincup makes his 200th round start (joining Greg Murphy in equal 13th for most round starts in championship record books) while van Gisbergen contests his 150th.

6. There are nine drivers in the field of 26 that have previously won in Supercars at Albert Park - Whincup, Winterbottom, Fabian Coulthard, Scott McLaughlin, James Courtney, Tander, Chaz Mostert, van Gisbergen and Craig Lowndes.

7. Albert Park becomes the 33rd different venue to host a round of the Australian Touring Car Championship/Virgin Australia Supercars Championship.

It’s actually the second new venue added to the list from the last three rounds given Newcastle’s 2017 season finale made it the 32nd new venue in championship history.

8. The most successful team in the history of Supercars at Albert Park is Mobil 1 Boost Mobile Racing, formerly known as the Holden Racing Team. It’s won a total of 19 Albert Park Supercars races (28 percent) but none since Tander claimed Race 2 in 2011. 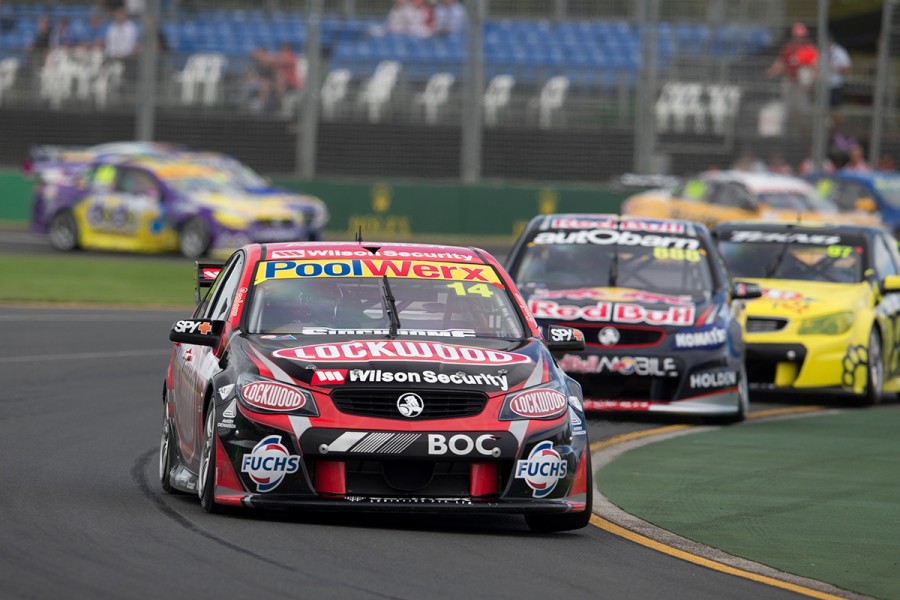 The Falcon driver won the event overall for Brad Jones Racing in 2013, above, and again for DJR Team Penske last year. He’s finished in the top five in 18 of the last 22 Supercars races at Albert Park.

Brabham Bathurst Torana up for auction

Flashback: Brock to the fore at first Albert Park

Erebus to open doors for fans