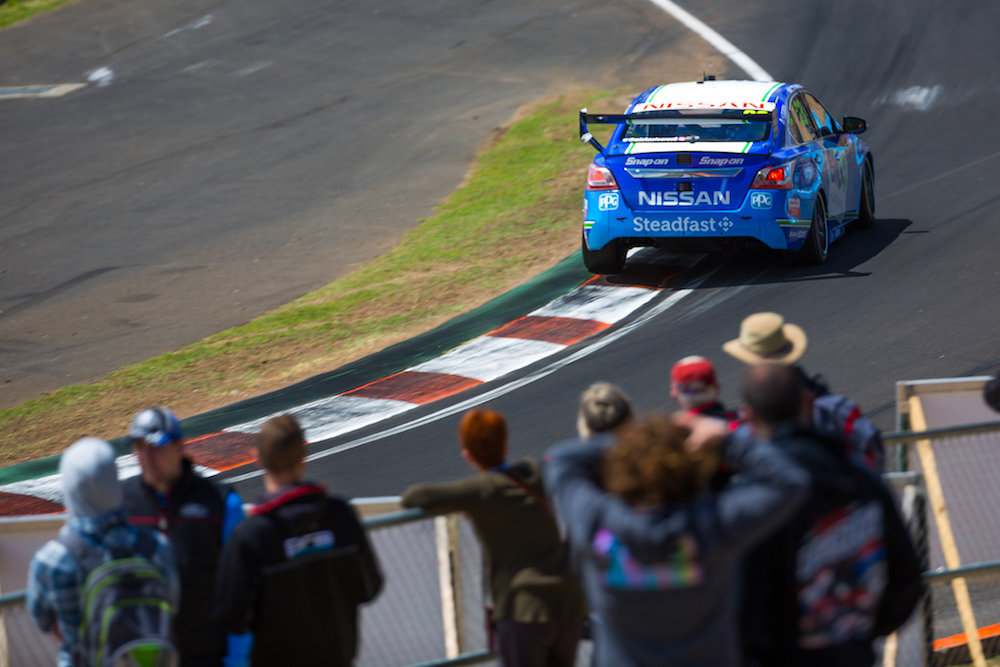 Freshly installed Nissan Australia managing director Stephen Lester has declared that ‘everything is on the table’ as the company prepares to evaluate the future of its Supercars program.

Lester, who started with the company last month, is at this weekend’s Supercheap Auto Bathurst 1000 casting his eye over the event and Kelly Racing-run Nissan team.

The former Infiniti Canada boss will play a critical role in upcoming deliberations over Nissan’s future in the category beyond the end of next season.

Lester made a brief appearance at Sandown last month and says he’s been impressed by what he’s seen at Bathurst so far.

“I think the production’s first grade, it’s impressive to see all the fans out there, obviously there’s extremely loyal followings for all the brands, racers and teams,” he said of his initial impressions.

“I have limited knowledge of Supercars, but our PR director in Canada, Didier Marso, was absolutely pumped up about the opportunity to come here and experience V8 Supercars.

“He recognises that really from a Nissan perspective it’s a world class motorsport activation for us. That was pretty high praise from him before I got here.”

Nissan is committed to the Kelly-run Altima V8 program for another season, but its future beyond that could take a number of different directions.

The Altima is no longer being sold in Australia, while new Supercars rules have opened the possibility of two-door body shapes and V6 turbo engines.

“I would hate to speculate on timing,” Lester said on when a decision will be made on 2019.

“The fact is I’m new here, five weeks sitting around, we need to do a complete evaluation of the program and then talk to global about also what the tie in and ladder up is to the global operation and then make a decision based on that, what’s going to be best for our market here for Nissan Australia.

“No decision’s been made yet either way, and I think we will do our due diligence and go through that process in a pragmatic way and not rush into that.

“If that means making a decision that is perceived [as being] at the last minute, then I’m confident that whatever that decision will be, it will be based on good, pragmatic, solid facts, foundation, analysis versus any short-term [decisions].”

Lester confirmed the evaluation will include an analysis of its partnership with Kelly Racing following a run of lean results since the program started in 2013, netting just two wins.

Predecessor Richard Emery had floated the possibility of expanding across multiple teams, or even moving into a dedicated engine-supplier role through Nissan’s performance arm Nismo.

“I would say that everything is on the table at the moment that we’re not being close-minded to what the possibilities would entail,” Lester continued.

“Would we like to be on the podium, at the top of the podium more often? Of course, so would everybody.

“As far as a group to work with, the Kellys have been absolute professionals and we’re happy with that relationship and engagement and we’ll look to build on that in the future and I think with a strong partnership the results will come.

ARMOR ALL signs on for 14th season with Supercars