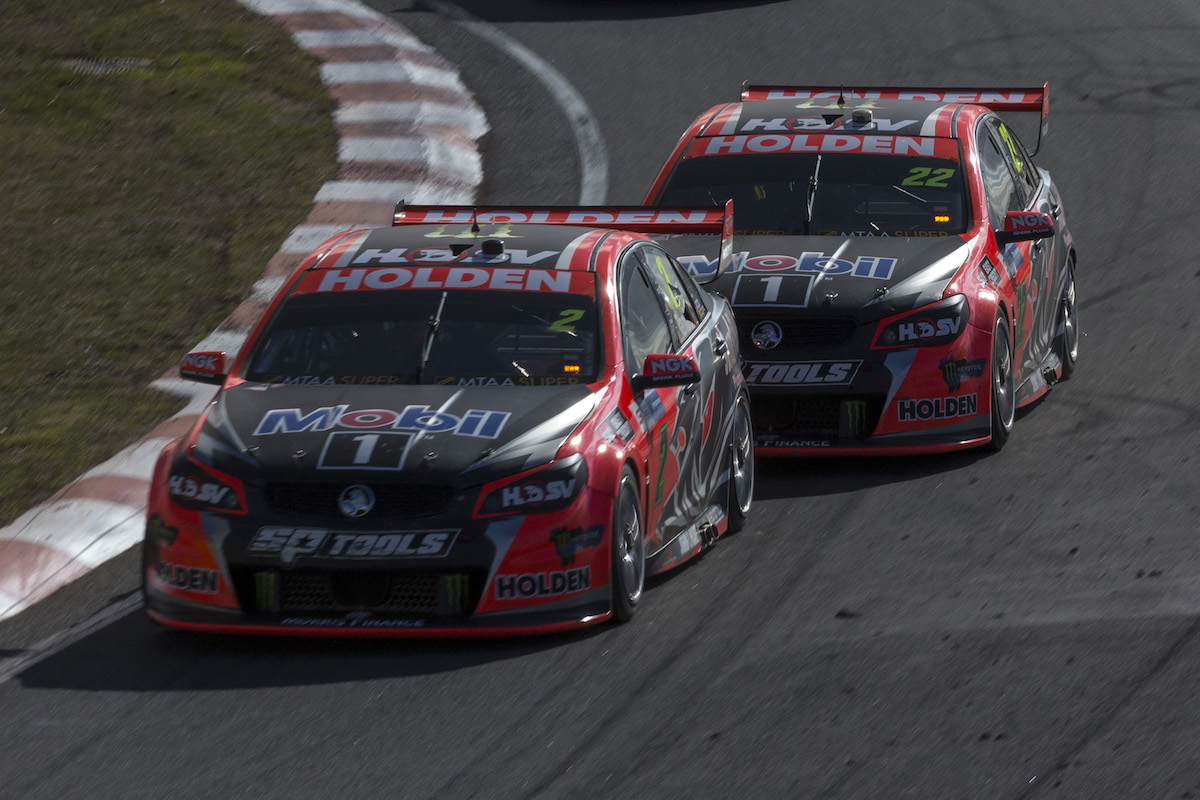 The Holden Racing Team will tackle this weekend’s CrownBet Darwin Triple Crown with a new structure behind the scenes.

Both James Courtney and Garth Tander will work with new engineers, with team stalwart Rob Starr to run #22 and the team’s research and development manager Alex Somerset to engineer #2.

Team boss Adrian Burgess acknowledged HRT was looking for ways to improve results and believes it was time to make a “tough call” and implement some changes.

“What we’re trying to do is reinstall some confidence with the drivers,” Burgess told supercars.com.

“At the moment both drivers have lost a bit of confidence with the car and those around them and we need to rebuild that.

“It’s never nice making changes in the middle of the year but we’ve got to think of the bigger picture. We’ve got to do the right thing for the business and if a fresh set of ears and eyes on the other end of the phone and looking at the data is what provokes a change of performance, that’s what we’ve got to do.”

While an engineer change is significant in Supercars, Burgess noted it wasn’t the first time teams had shuffled behind the scenes mid-season.

“It’s nothing new, many teams have done it mid-year with drivers who have won multiple championships back-to-back … it’s like a football coach, you’ve got a set group and every now and again you have to move people around in that group to stimulate a way of thinking and hopefully a different outcome.”

There has been plenty of focus on the factory outfit this year, though Courtney is one of the nine drivers who has won a race, taking out the second run at the Clipsal 500 Adelaide at the start of the season.

He and Tander sit 11th and eighth in the Championship respectively in what has proven to be the closest year to date.

Given this engineering change is fresh, Burgess will be more focused on the outcomes behind the scenes this weekend than on-track.

“You can’t come into any weekend with expectations – we come into the weekend with objectives and desires and the primary one for me at the moment is trying to rebuild some confidence with the drivers and have a solid weekend,” he said.

“We’re not happy with the situation, of course we’re not and we’re doing everything we can to make sure we can rectify that.

“No one needs to tell us more than we tell ourselves it’s not acceptable – we know that and we’re trying everything we can looking at everything we can and every now and then you have to make a tough call and I think in this instance we’ve had to make this call … we don’t mean anything ill or disrespectful to the other two guys, but we have to look at the bigger picture and get some results.”

Starr, who has been part of the team’s GT squad this year, replaces Alistair McVean on #22 while Somerset replaces Blake Smith on #2.