The seven-time champion took the chequered flag second in the opening leg of the WD-40 Phillip Island 500, behind Scott McLaughlin, having led 40 of the afternoon’s 57 laps.

Whincup has, though, been handed a 38-second penalty - the equivalent of a drive-through - for turning off his pitlane speed limiter before exiting the lane on his first stop.

With the penalty, Whincup drops to 14th in the race results and from one point behind leader McLaughlin in the championship to 76.

Dutton says Whincup deactivated the limiter momentarily after passing the merge cone but turned it back on before the cone and line that mark the end of the lane.

“He saw the wrong cone, turned it off, realised his mistake, turned it back on,” Dutton told Supercars.com.

“But you’re not allowed to, it’s as simple as that. It has to be on. He’s made a mistake, he’s human.

“It’s off a split-second early, back on for a split second, back off when it’s legal again, in the heat of the battle he saw the wrong first cone and reacted.

“[You can see on] the incar [footage], he’s accelerated up to 40km/h, it’s on, he’s passed Scotty McLaughlin.

“You can’t see Scotty at all, he’s not alongside. Scotty can’t be alongside him at the merge cone.

“He’s accidentally turned it off and he basically did a burnout because the cars don’t like going 40, realised what he’s done and then re-engaged it. 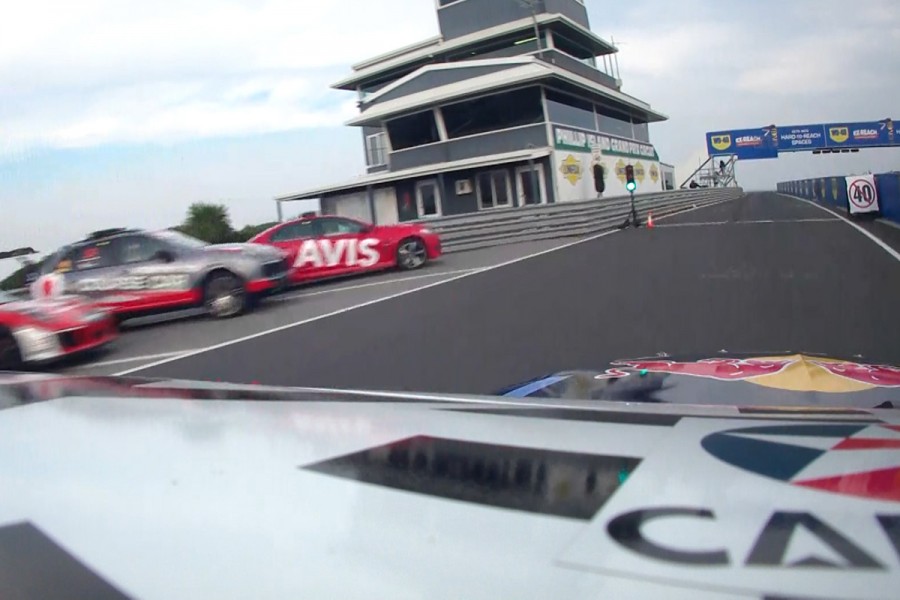 In both pitstops, Whincup and McLaughlin pitted together - essentially nose-to-tail - with the Red Bull HRT and Shell Ford crews the last two in pitlane.

Whincup was released early enough each time to prevent McLaughlin from merging into the fast lane, with McLaughlin having to prop at the merge cone after that first pitstop.

“The thing that was most-important for me was that it wasn’t intentional,” Dutton added.

“You can clearly see that. There was no gain made from it, so why would you do it?

“There was nothing underhand, and that might not mean much to everyone, but to me it is a difference.

“I’ll accept a mistake, because we can all make them, but if someone does something that’s in line with cheating, that’s not acceptable and that wasn’t the case.

“I 100 percent believe that’s an honest mistake, but rules are rules.” 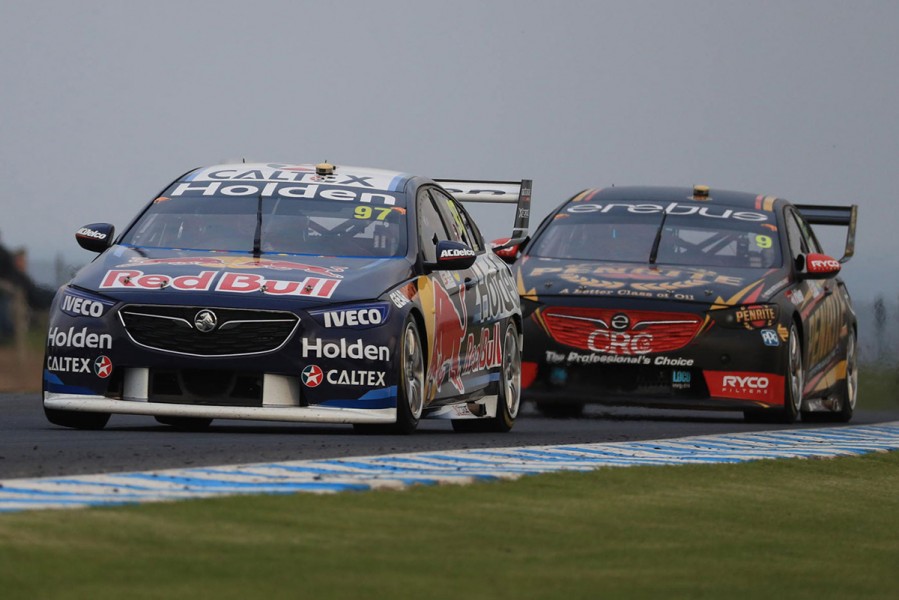 Whincup’s penalty promoted Shane van Gisbergen from fourth to third, the 2016 champion having battled a power-steering problem all afternoon.

As the team turned its focus to Sunday’s second leg, Dutton said there was “nothing jumping out” as the cause of the intermittent troubles.

“I honestly thought something would be a little more glaringly obvious, but it’s not,” Dutton said.

“It’s something that’s internal, whether it’s to the rack, or any of the valves, but the pump didn’t have any visible internal damage when we opened it, there’s no scoring, no gouging.

“It’s one that we’ll have to quarantine all of the parts, take them back to the workshop and have a further examination.”

Lowndes annoyed to hand back fourth

Pushing limits ‘a bit of fun’ for Golding