Jack Le Brocq is gearing up for a busy weekend at the Castrol EDGE Townsville 400, dovetailing his V8 Supercars Dunlop Series responsibilities with a co-drive in the Australian GT class.

The MW Motorsport ace - who currently sits third in the Dunlop Series standings - has been recruited to co-steer the #48 Camaro GT3 alongside usual 'A' pilot Justin McMillan at Reid Park.

Le Brocq won't get behind the wheel of the #4 Erebus Motorsport V8, which he will co-drive in the PIRTEK Enduro Cup, but will take to the track for five extra sessions across the weekend through his GT call up - a beneficial opportunity despite the dissimilarities between his V8 Supercar and the Reiter Camaro, he said.

"That's the only problem," he said of the distinct differences between equipment.

"But the more miles you do in any car is going to be beneficial. It gives you more time on the track throughout the weekend and you can experience how the track is changing as well.

"It's definitely going to be a plus." 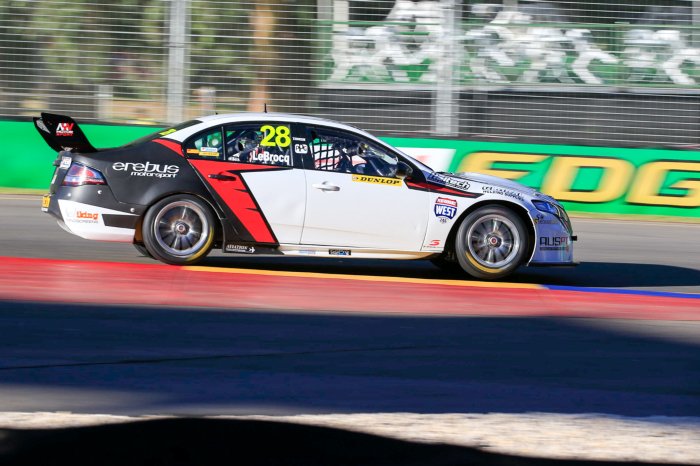 Le Brocq - who turned 23 yesterday - has been a standout performer in the 2015 Dunlop Series, having recorded his first round podium at Barbagallo this year. He hasn't finished outside the top seven all season.

He credits his recent success to his MW Motorsport squad and believes the team has made big improvements since his first round at the Clipsal 500 in Adelaide. Le Brocq contested 2014 with Image Racing.

"At the start of the year we got to our first test day and we were struggling a little bit, we weren't quite on the pace and it was the same at Clipsal," he told v8supercars.com.au.

"But I guess you could say it has all of a sudden clicked, because we had another test day after Clipsal and we really started to knuckle down and get the car to where I wanted it to be, and we started doing really well.

"I've changed the way I drive the car a lot, but I've definitely gelled with the team very well this year. I have a great engineer and a great bunch of guys behind me."

Trailing second-placed Paul Dumbrell by 92 points in the series standings and leader Cameron Waters by 210 points,Le Brocq is part of the 2015 title fight as the Dunlop Series reaches it's half-way point in Townsville.

With the top step of the podium firmly in his sights, Le Brocq hopes a race win is around the corner, but believes it will be a tough-feat to topple Waters.

"I'd like to have a couple of race wins by the end of the year, that would be a massive achievement for us, but who knows what's going to happen," he told v8supercars.com.au.

"Cam is very quick and he's proven that he's going to be very difficult to get close to this year.

"But for us, we didn't expect to be where we are at the moment this year already, so we're just going to keep trucking on a see how we go."

Le Brocq isn't the only Dunlop Series racer stepping into the GT class this weekend, with Andrew Jones also balancing his Dunlop Series duties while competing in a Maranello Motorsport Ferrari alongside Adrian Deitz.

The Dunlop Series hit the Townsville streets from Friday, with coverage live on FOX SPORTS 506. Click here for broadcast details.

SVG's focus on title with TEKNO