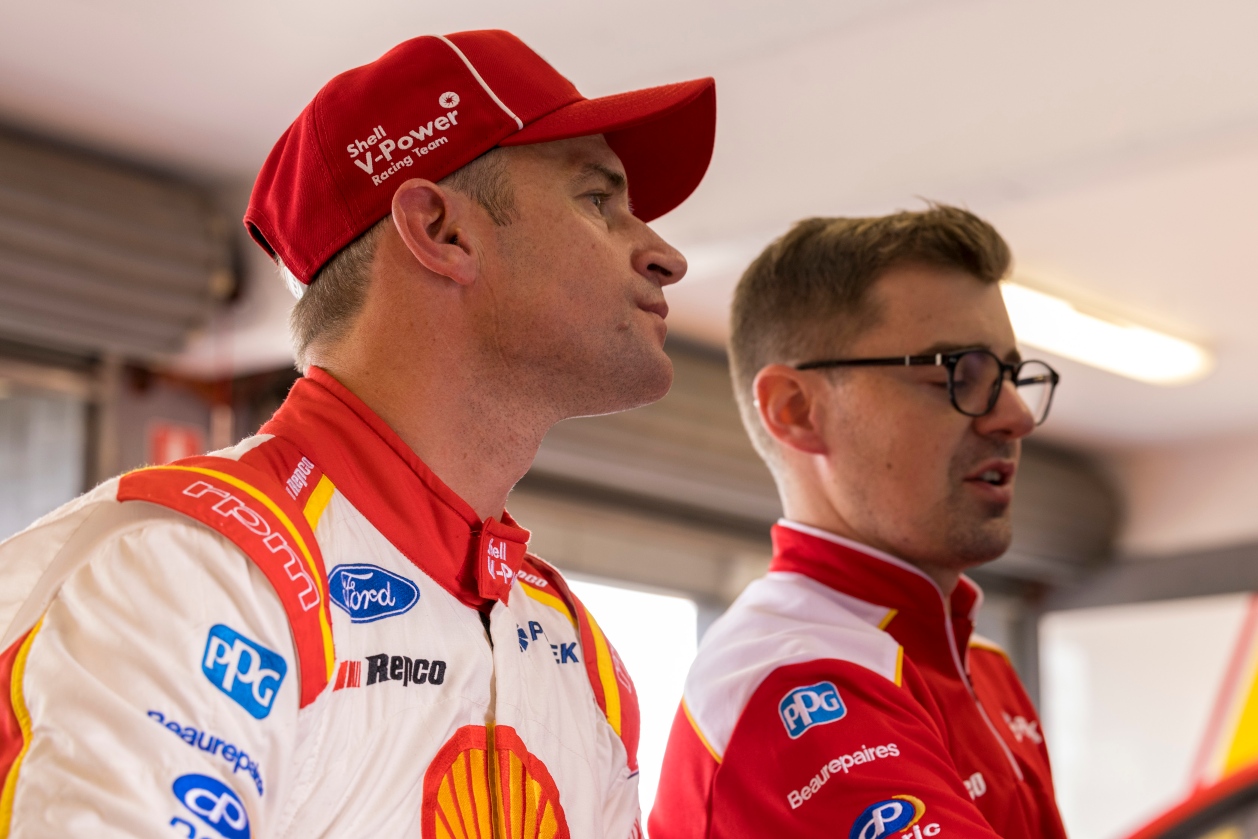 Will Davison was pleased with an early showing of pace in Practice 1 at Symmons Plains following a topsy turvy start to life at the Shell V-Power Racing Team.

Davison shadowed Tickford Racing’s Cameron Waters in the opening 30-minute hit out, with the margin between the two just 0.0048.

The two-time Bathurst winner was 11th and 19th in the respective corresponding sessions at Mount Panorama and Sandown.

The Beaurepaires Tasmania SuperSprint marks Davison’s third event with the Shell Ford team, having clinched a first-up podium in Bathurst.

While the team missed out at Sandown, Davison was delighted to hit the ground running at Symmons Plains.

“Bit by bit, we’re just getting more familiar with the car,” Davison said.

“First time we’ve gone out in practice, and I've felt connected to the car straight out the gate.

“We’ve ended up qualifying pretty well the first two events, but we haven’t been using practice that well, because we’re just getting familiar to the car.”

The Shell Ford outfit has form at the Tasmanian circuit, scoring wins in 2017 and 2019.

Davison claimed wins at Symmons Plains in 2012 and 2016 for Ford Performance Racing and Tekno Autosports respectively. 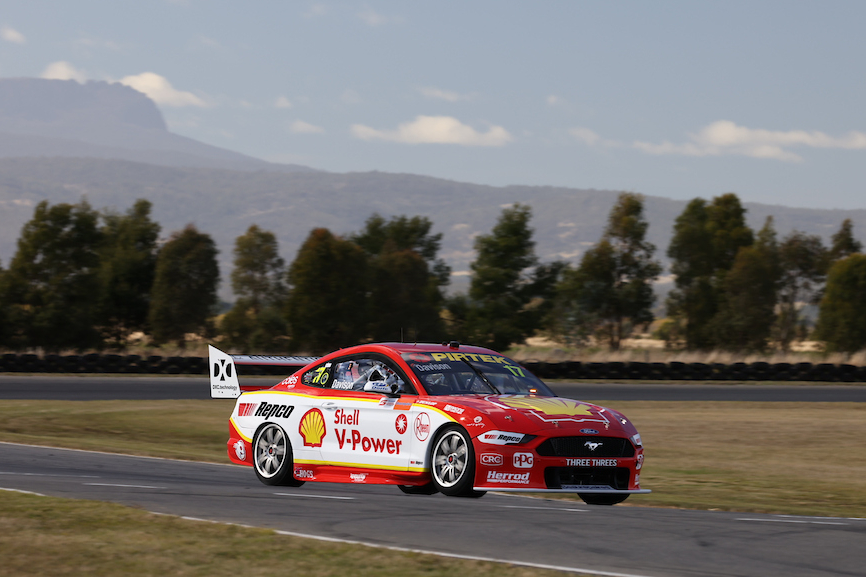 While already 228 points off the championship lead, Davison was pleased to have an early form guide at his disposal.

“It sometimes takes a few runs to mesh,” he continued.

"I knew after Sandown, I really came a long way in feeling a part of the car.

“Out the gate, car felt really nice, I felt a part of it, I felt we could lay a number down pretty quick and get into our programme much earlier than we’ve been doing than the last few events.”

Davison may have to contend with Waters, who is also on a winless drought of his own.

Waters was the most recent Ford driver to win a race, albeit 202 days ago in the penultimate race of the 2020 season at The Bend.

"We got through most of what we were trying to achieve in that session,” Waters told the broadcast.

"Put a set of greens on at the end and cleaned up a lot of my issues.

“Not really sure what the other guys did out there, if they put new tyres on or not.

“Car’s good over one lap, like it has been all year; just trying to work on our race car.”

Cars will roll out for Practice 2 of the Beaurepaires Tasmania SuperSprint at 11:25am AEST.

On this day: SVG's dream comes true with maiden win

The storylines to look out for in Tassie return