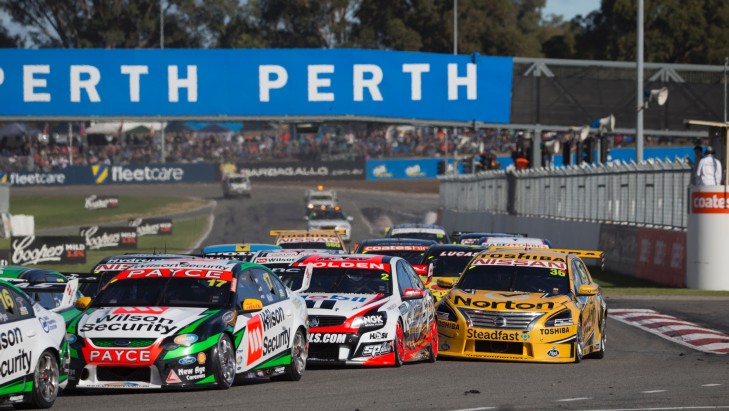 V8 Supercars and Tourism WA have agreed to shift the date of the Perth SuperSprint next year, following the release of the 2015 AFL calendar, with the local derby between the West Coast Eagles and Fremantle Dockers clashing with the date.

The Perth 400 will now be held on May 1-3, two weeks later than originally scheduled.

The event at Barbagallo Raceway is Western Australia's sole V8 Supercars round, and always excites the local fans.

Mark the new date in your calendar, and be there to see who is victorious - the event is the only time West Australians can see the Fords, Holdens, Volvos, Nissans and Mercedes' in the flesh and on the track.

Frosty: We need a technical director