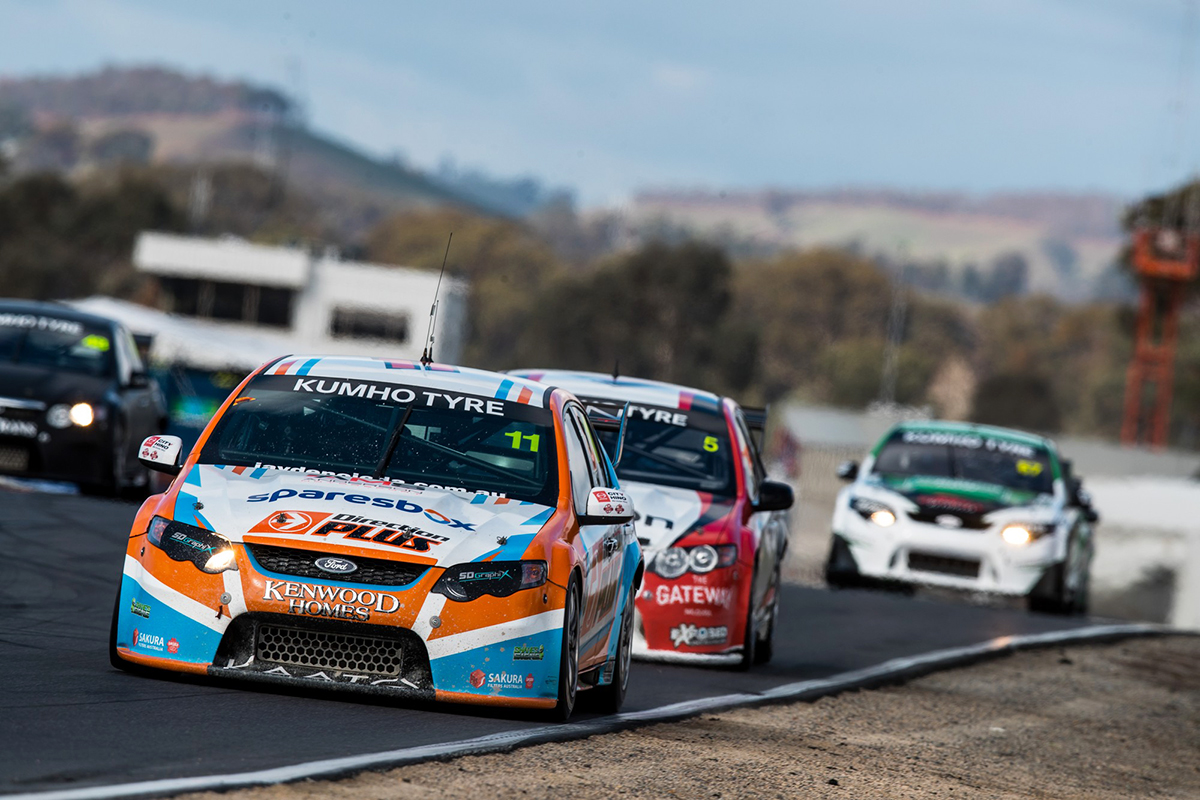 Jayden Ojeda won the second round of the Kumho Tyre Super3 Series, in a dramatic weekend for the third-tier Supercars class at the Truck Assist Winton SuperSprint.

Driving a Ford Falcon FG for privateer squad Anderson Motorsport, the 19-year-old from Sydney edged out Hamish Ribarits by one point in his maiden tin-top victory, fellow teenager Broc Feeney completing the podium.

Ojeda had qualified seventh on Friday and then finished fourth and sixth in the first two races.

However he found himself in the right place at the right time in the finale when drama struck early leader Zak Best’s MW Motorsport Ford not far from the flag.

Best, who won the opening round at Philip Island, qualified second and confidently won Races 1 and 2 on Saturday to put himself in the box seat for a repeat victory. 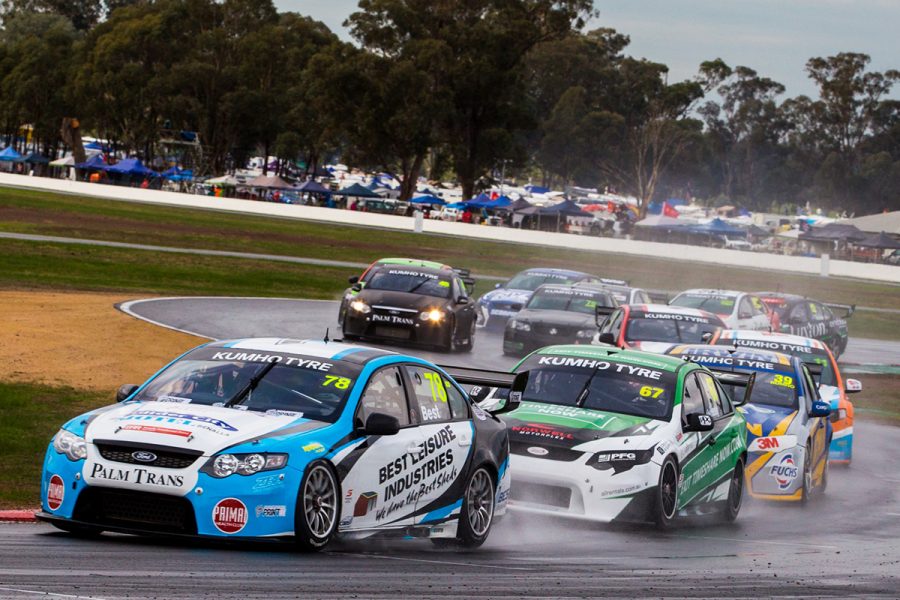 The Benalla local was battling team-mate Ribarits six laps from home and looked to be in the perfect position to win the weekend, only for his car to mysteriously cut out.

That elevated Ribarits to the lead and Ojeda to second; the latter making a bold pass for the lead two laps from home to not only secure his first race win, but the round as well.

“It was a bit hectic. Starting out of P5 it was always going to be a bit difficult, it’s one of those hard tracks to overtake on,” Ojeda, now fourth in the points, said.

“I had really good pace, Michael Anderson and all the boys really tuned it up over the weekend and I was really happy with that. I picked them off one by one.

“A few Safety Cars added to the controversy as well and then got Hamish on the second-last lap, and on the final lap it was pretty tight between us.

“To get the win so early in the year is so good – especially after the first two races which had a few errors on my behalf, which I was a bit dirty with myself about.

“So to finally get that first win is really satisfying.”

While Ribarits lost out in the round honours, the MW Motorsport driver was the biggest winner by virtue of assuming the series lead.

Ribarits scored pole position on Friday by the smallest margin in series history – 0.0058 seconds – however a terrible start in wet conditions dropped him to eighth by the end of Race 1.

The Formula Ford graduate recovered strongly to second in Race 2 before leading the finale until the penultimate lap.

A consistent weekend from Feeney featured finishes of second, seventh and third, after a Saturday-morning run with Penrite Racing in the Supercars additional-driver session.

The Paul Morris Motorsport driver locked in third for the round and moved to second in the Super3 standings.

Victory in the first two races gave Best enough points to still finish fourth overall, though the 17-year-old dropped to third in the standings following two of five rounds.

His win in Race 2 ahead of team-mates Ribarits and Nic Carroll created series history as MW Motorsport became the first team to sweep a race podium.

Carroll finished third in Races 1 and 2 and led the final briefly, but then clashed with Jon McCorkindale and wound up fifth for the weekend.

The Race 3 incident was one of several in the breathless 13 laps, which started with Josh Fife spinning his Brad Jones Racing Commodore at Turn 1.

The majority of the field managed to avoid the stranded car before an unsighted Tony Auddino crashed heavily into the side of the Canberra teenager.

Meanwhile, veteran Supercars driver Chris Smerdon stormed to victory in the Kumho Cup class for Pro-Am competitors, jumping to the points lead in the process.

The Matt Stone Racing driver won two of the three races in his class to secure his first win of the year, Brad Neil taking out the other.

Round 3 of the Kumho Tyre Super 3 series will be at Queensland Raceway for the Century Batteries Ipswich SuperSprint on July 26-28.

It will feature alongside the Virgin Australia Supercars Championship and Dunlop Super2 Series for just the second time, and first since adopting the Super3 name this year.

Points after two of five rounds