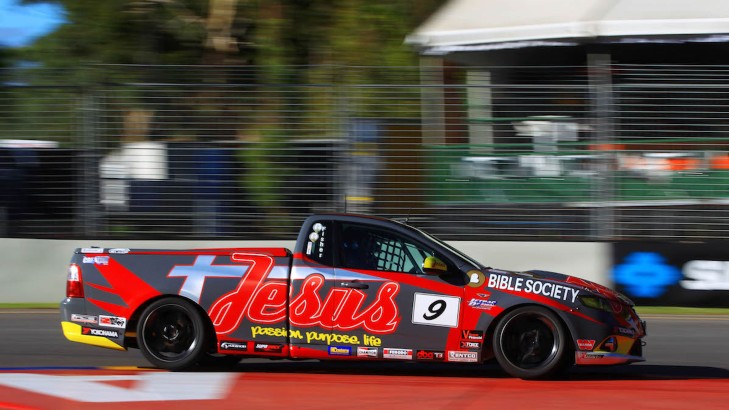 The Australian V8 Ute Racing Series today announced its 2015 racing calendar, supported by a significant new TV package that will see every practice, qualifying and race broadcast live on television.

The Utes start the year at the Clipsal 500, from February 26-March 3, marking the category's 15th appearance at the V8 Supercars season opener.

The Utes will continue to run as an eight-round Series, with all supports on the V8 Supercars calendar, appearing in Perth, Darwin, Towsnville, Sandown, Bathurst and the Gold Coast, with the grand finale at the Sydney 500.

Click here to see the V8 Supercars event calendar for 2015.

A unique race format is in the pipeline for round one, with the series hinting at 2010's two-driver 'Ten Years of Legends' race as inspiration.

"We are very excited to have the V8 Utes back in 2015, they are one of the crowd favourites and a natural fit for the event," Cayzer said.

"All exit polls highlight that the V8 Ute series is the most popular support category, so it's great to welcome them back."

The V8 Ute Series will also follow V8 Supercars to Network TEN, with on-track running broadcast across a combination of Network TEN free to air and Fox Sports coverage.

Two live races will be telecast from each of the six major events on TEN, and a one our highlights show following each round will also be televised on the free-to-air network.

Every round will feature practice, qualifying and all V8 Ute races televised live through Fox Sports.

Category Manager of SPHERIX Craig Denyer is really looking forward to the move.

"This is a major coup for the category, it is definitely a real bonus for fans to have all on track sessions televised live, as well as the major events televised live through Network Ten. In a world where the media landscape now offers such diversity, this really ticks a lot of the boxes, and we are really looking forward to the new opportunity," said Denyer.

Before kicking off the 2015 Series campaign, the V8 Utes will head to Sydney Olympic Park for the its grand finale from December 5-7.