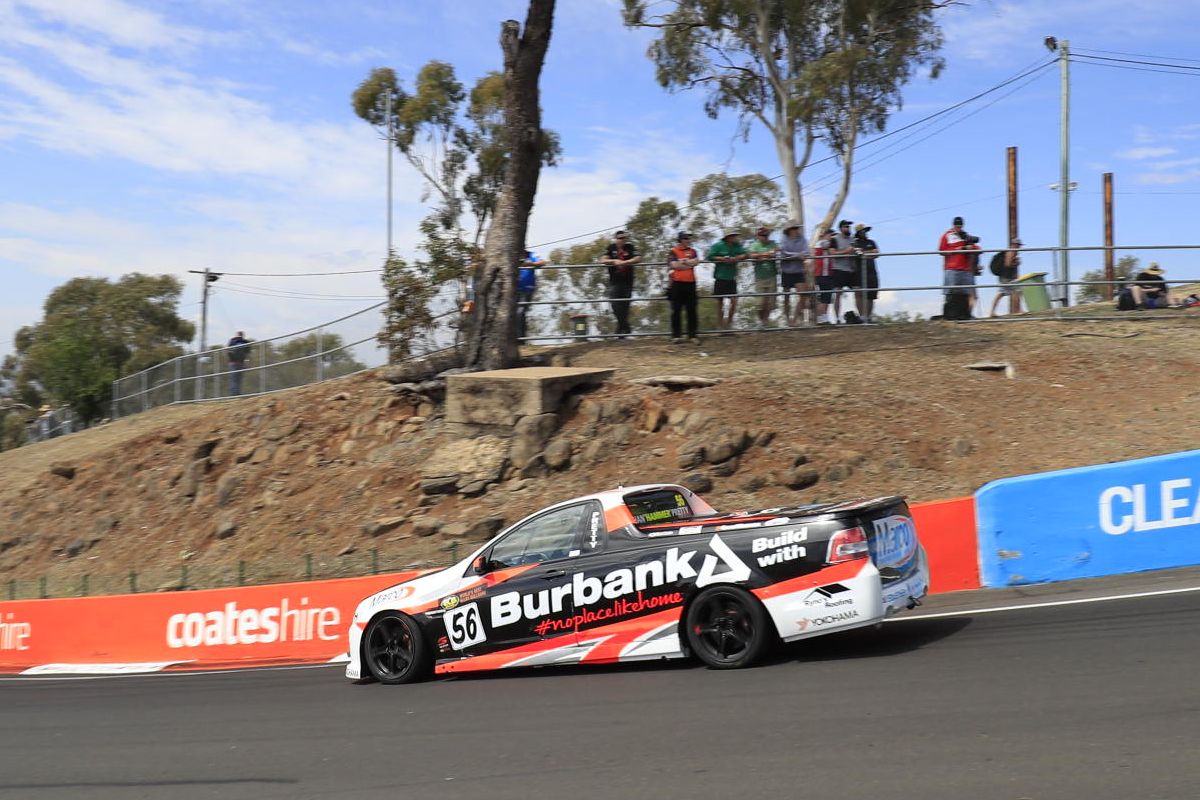 Pretty withstood a couple of overtaking attempts – at Forrest’s Elbow and Murray’s Corner – from Harris, eventually taking the win by just 0.3 seconds.

“It was a hectic race, and a good battle with Ryal,” Pretty, making his first start of the year, said.

“He had an advantage over the top of the Mountain, and also under brakes into The Chase he was making up heaps of ground.

“On the first lap, I missed some gears which allowed him to catch up and he stayed with me all the way to the end.

“The track temperature was warmer than yesterday, and the car wasn’t as nice in the heat, so that’s something we’ll work on for tomorrow.”

By finishing second, Harris moved into the series lead ahead of Kim Jane, who was fourth behind Craig Dontas.

“The race was OK, but not good enough,” Jane said.

“I moved into third at the start but then Craig overtook me for fourth.

“The 50 kilograms of success ballast we have to carry for leading the championship is really hurting us, especially up Mountain Straight.

“Craig gave me a bit of a rub into Hell Corner and then he just drove past me.”

Michael Sieders crossed the line fifth ahead of Aaron Cameron, who overtook Jeremy Gray at The Chase on the final lap.

Eighth place elevated Blake Scibberas to third in the standings ahead of Marcus Zukanovic, who lined up seventh but fell to finish 11th, complaining about of a lack of straight-line performance.

The six-lap race’s main incident involved Mathew Nolan, who tangled with Craig Woods at The Chase and made contact with the right-hand wall.

Considering the high-speed crash, Nolan was fortunate to escape with minor damage.

“Mat was very lucky, normally crashes that happen at The Chase are big but he managed to wash off a lot of speed before he hit the fence,” team manager Luke Sieders said.

“It’s incredibly minor damage, there’s nothing structural and it will only take the crew a couple of hours to fix.”

Race 2, which will feature a partial reverse-grid, will take place at 8:00am on Saturday.