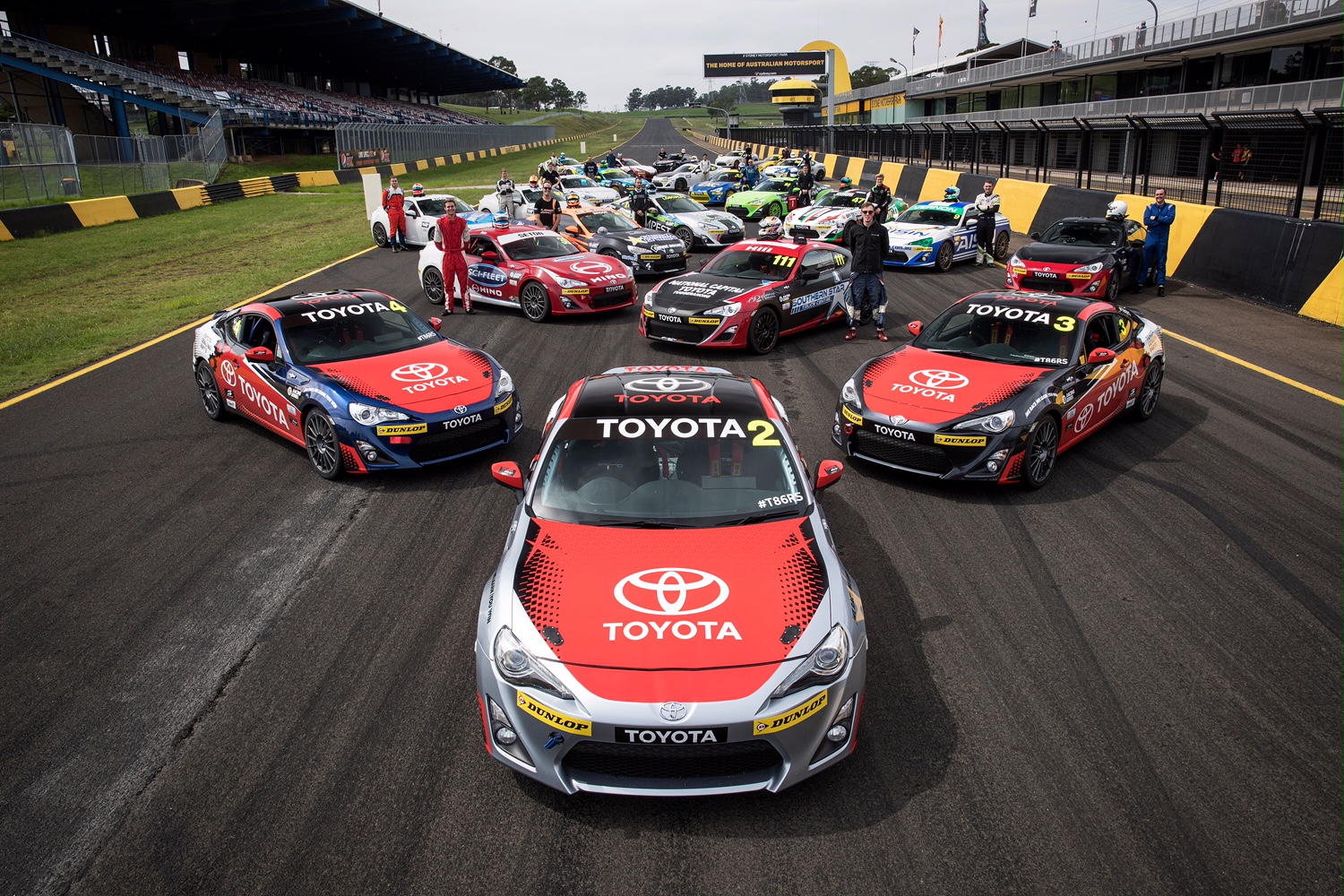 The Toyota 86 Racing Series has launched its sophomore season, with the Supercars support category confirmed for five events in 2017.

Changes to the championship include racing at the new Coates Hire Newcastle 500 in November, adding to Supercars events at Phillip Island, Townsville, Sydney Motorsport Park and Bathurst.

The season was launched with a test day at Sydney Motorsport Park, where Toyota confirmed the return of a $125,000 prize pool for competitors.

Inaugural series winner Will Brown has made the step up to the Dunlop Super2 Series in 2017 after receiving $50,000 towards competing in the second-tier Supercars series.

The series will this year have professional racers share two cars, with a third driver employed in a mentoring role.

The Toyotas have had minor updates for 2017, with a change to the clutch and flywheel assisting in keeping costs down.

Speaking at the launch, five-time Supercars champion Mark Skaife expressed his belief in the category having built his career in a similar single make class in the 1980s.

Skaife says competing in the Ford Laser Series helped him turn racing into a full-time career.

“For me, this style of racing is something that was really pivotal in terms of my career,” he said.

“When I was 19, I was racing in the Ford Laser series and fortunately Barry Seton (whose son Glenn was already racing for Fred Gibson) said to Fred that he should look out for this young bloke in the red Laser.

“Fred went to Oran Park (and saw me race). Luckily that day I won and Fred made me an offer that year to join the NIssan Motorsport team of the day.

“It was a critical part for me going this is a full-time role.”

“I put myself back in 18 or 19 year old land and think of what the most important aspect of coming out of go-karting and picking the next thing; what was going for me in terms of the next step,” he continued.

“It was an easy choice, because Formula Ford was way too expensive.

“The Laser Series was the best cost and an ability to race on a level playing, provided a common sense solution for Dad and I to go and make the next step.”

The crop of young guns in this year's series will again include Glenn Seton's 18-year-old son Aaron, who recently enjoyed his first test in a Supercar.

30/11/2015
Stay In The Know
Sign up to the Virgin Australia Supercars Championship Newsletter
We use cookies to ensure that we give you the best experience on our website. If you continue to use this site we will assume that you are happy with it.Ok