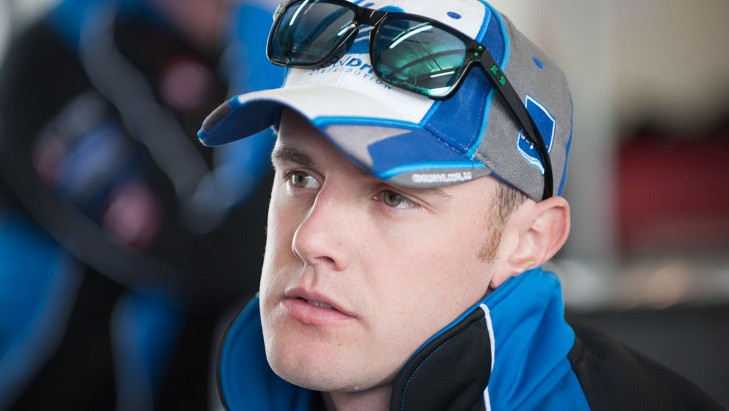 Racing for Williams Race Tech, Blanchard will drive the #41 Track Buddy Holden SS for the Grand Finale Round at the Sydney NRMA 500 this weekend.

He also raced a V8 Ute at Townsville in his fourth outing in the Series; drove the Auto One Wildcard at Hidden Valley Raceway in 2011 and 2012, and debuted in the Series at the 2010 Gold Coast 600.

"I'm starting to get my head around it, and I'll definitely be a lot more competitive this weekend," he said.

"I'm not in the championship so for me it's about getting some good results and having a good weekend for my new sponsor Track Buddy."

"For the Sydney round, we are introducing a very special and interesting supporter to the sport in Track Buddy, and wanted to have a special driver on board, so we've signed Tim (Blanchard)," Williams said.

Also returning to the series will be Michael Almond, who drove at Sandown Raceway last year.

He will drive his #44 Copyworld Holden, while former V8 Supercar Development Series driver Nathan Vince will steer #19 Holden that was driven by Bathurst local Terry Nightingale.

Barbera recently competed in the New Zealand Series, standing on the podium alongside Series leader and newly crowned New Zealand Champion Kris Walton at the final round in Pukekohe, where Barbera claimed third overall for the round.

The drivers will hit the track this Friday 5th December for two practice sessions with Race 1 on Saturday televised live on 7Mate at 12:30pm AEDT and Race 2 on Sunday, 7th December at 12pm.

Tim Blanchard  ›
2014 Sydney NRMA 500  ›
Stay In The Know
Sign up to the Virgin Australia Supercars Championship Newsletter
We use cookies to ensure that we give you the best experience on our website. If you continue to use this site we will assume that you are happy with it.Ok