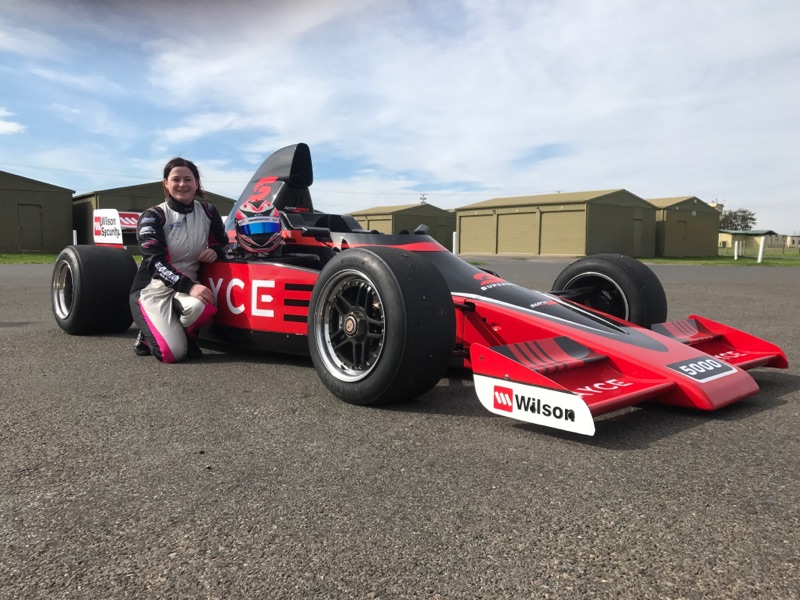 Leanne Tander has replaced husband Garth as the driver of the PAYCE and Wilson Security Super5000 car for its public debut during the Sandown 500 weekend.

The retro-inspired open-wheeler has been testing behind closed doors in recent months, with Garry Rogers Motorsport’s Tander and fellow Supercars drivers Lee Holdsworth and Alex Davison behind the wheel.

The winner of the 2016 Australian Formula Ford series, Leanne Tander joined that list on Monday at Mallala, and will now steer it during demonstration sessions on Saturday and Sunday.

“Garth had told me that it was fast, but I guess it’s not until you drive it and you put your foot down that you realise exactly how much power it has,” Tander told Supercars.com.

“It was a lot of fun, I really enjoyed it. It’s got 650bhp and compared to his Supercar, which is a bit heavier, Garth took notice of it.

“And then me, it’s been a long time since I’ve driven anything with that much horsepower.

“It definitely woke me up after having driven my Formula Ford of late.” 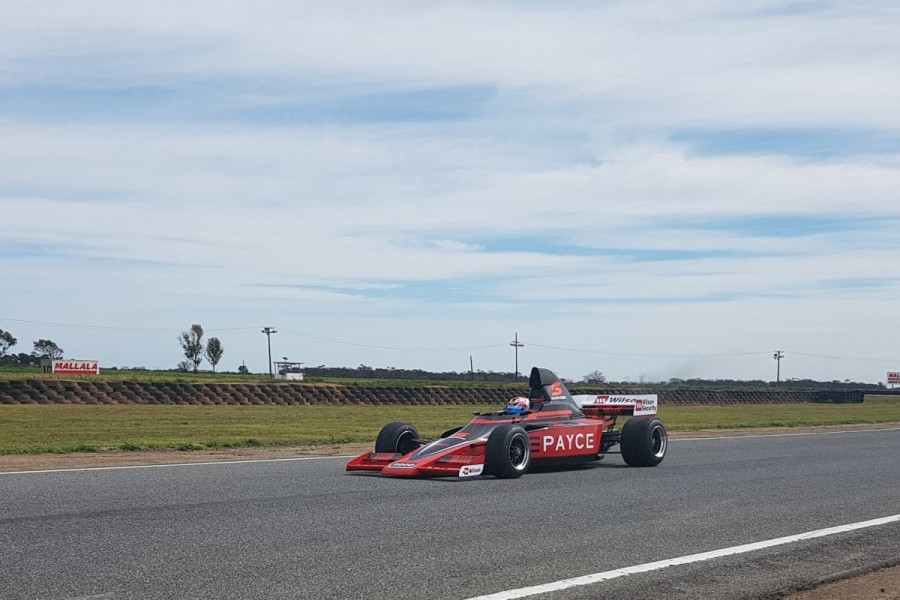 Designer Oscar Fiorinotto has outlined that the car, powered by a V8 Supercar engine, is being developed to ensure its aerodynamics do not stifle racing.

Tander has spent considerable time racing open-wheelers in her career, including finishing second in the Australian Formula 3 Championship in 2007 and ’08.

That was followed by a return to Supercars machinery in the endurance races and Super2 in 2009 and a Touring Car Masters campaign one year later.

“I found I was able to get to pretty reasonable times fairly easily once I adjusted to the car.

“Mallala is quite a tight little track, and to manoeuvre the car around there wasn’t a problem. I felt it handled well, it was predictable.

“By keeping the aero down a bit, or to a minimum, I think it will promote good racing, which is what you want. I think it would be a fun category.

“I’ve driven a few different open-wheelers and they’ve all got their own distinct handling characteristics. I’d put it more in terms of a Formula 3, with a lot more power.

“I think people will enjoy the sight of it and it sounds good too, which I know is important to a lot of people. I think it’ll be good.”

Super5000 merged with Chris Lambden’s Formula Thunder 5000 project in July, and that car is also on display at Sandown this weekend.