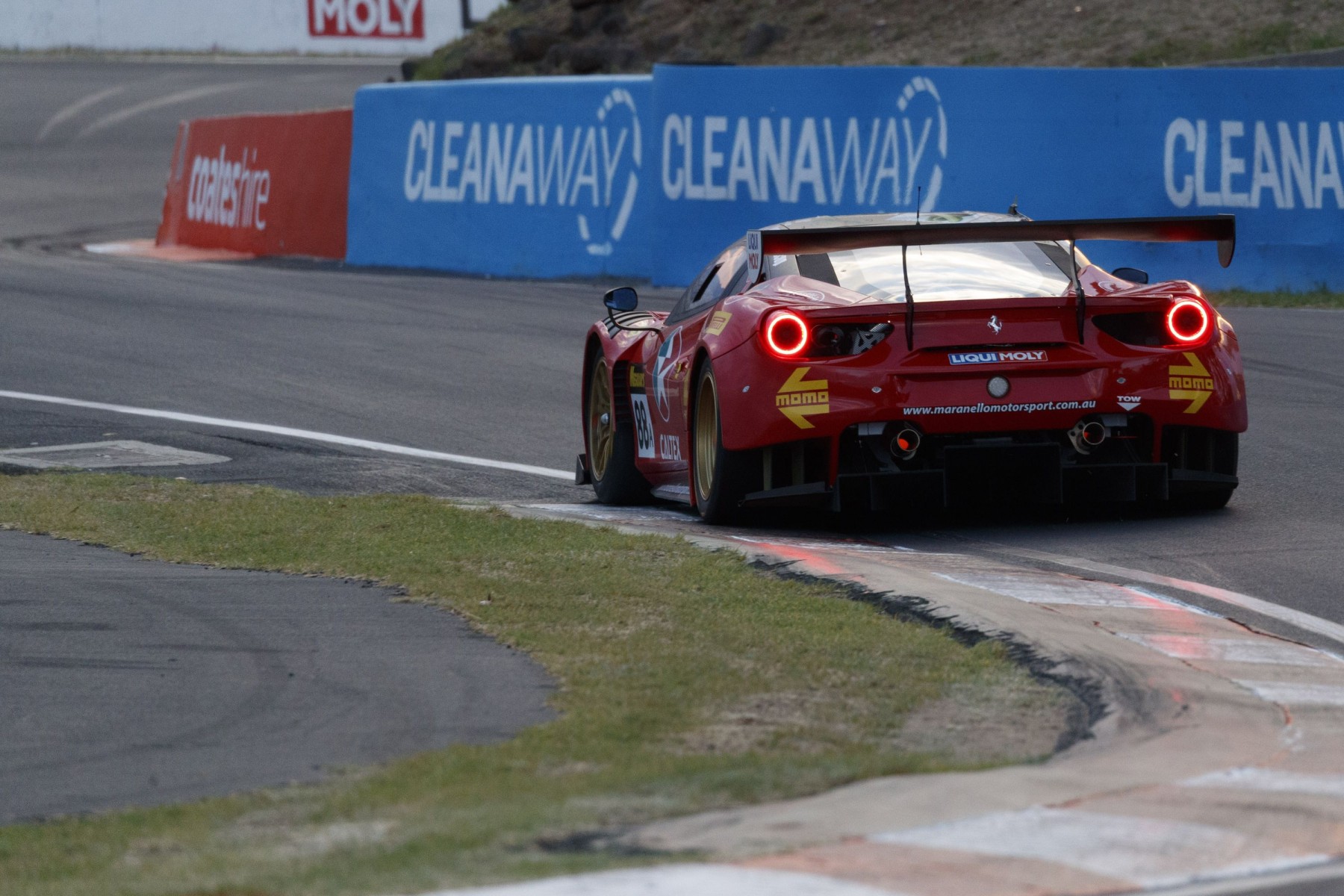 Supercars stars aren’t just kings of the Mountain in the October Supercheap Auto Bathurst 1000 classic – they’re doing the same job in the February race too.

Full-time Supercars drivers have a long history of competing against the world’s best GT drivers in the Liqui-Moly Bathurst 12 Hour, with several having succeeded at both outright and class level since 2011 - when the event was run with GT cars for the first time.

Away from the pressures of life as a full-time Supercars driver, the Bathurst season-opener has proved to be a good way to ease into the new racing year.

“Just to get your head back into gear and get back on a race track.

“To clear the cobwebs and everything, and especially for it to be it’s not part of the Supercars Championship or anything like that, it’s a fairly laid-back sort of event.

“It’s a bit of a different way of going racing as Supercars racing, you’re just doing it for the pure pleasure of motorsport.”

In recent years, success in the Bathurst 12 Hour has served as the perfect launching point for drivers on the Supercars championship trail, too.

Shane van Gisbergen kicked off his title-winning season with the Red Bull Holden Racing Team with a 12 Hour victory driving for McLaren in 2016.

His Supercars team-mate Jamie Whincup won this year’s 12 Hour in a Ferrari in his GT debut - alongside Craig Lowndes and Finnish ace Toni Vilander - and went on to claim a seventh Supercars title.

The man Whincup beat to the title in sensational circumstances on Sunday, Scott McLaughlin has a Class B victory at Bathurst to his name, coming in a Porsche in 2016.

Lowndes, meanwhile, has bolstered his imposing Supercheap Auto Bathurst 1000 strike rate with a similarly prolific run of success in the GT enduro.

He kicked off his GT career with second in the 2011 edition of the race driving for Audi, before scoring wins in ’14 and ’17 with Ferrari.

Achieving success in both Bathurst ‘majors’ has become a mountain only a few drivers have been able to climb.

Lowndes is one of just seven drivers to win the ‘Bathurst double’ comprising both the 1000km and 12 Hour races, dating back to the race’s introduction as a Production Car event in 1991.

Only two have won the races back-to-back, Allan Grice and the late Gregg Hansford.

After teaming with Win Percy to take an incredible win in the 1990 Bathurst 1000, Grice won the inaugural Bathurst 12 Hour race the following year when he shared a Toyota Supra with Nigel Arkell and Peter Fitzgerald.

Fresh from his 1993 Great Race success with Larry Perkins, champion two-wheel racer Hansford continued his run of victories on four wheels by taking out the 12 Hour on the 1994 Easter long weekend, sharing a Mazda RX-7 with Neil Crompton.

John Bowe has two wins in both Bathurst majors, while Lowndes, Paul Morris and Tony Longhurst have also won both, with Jonathon Webb joining that list last year.

Morris won the 12 Hour in a BMW in 2007 and ’10 before pairing with Chaz Mostert to win the October classic in the epic ’14 edition.

Longhurst backed up his pair of Bathurst 1000 wins when he won the 12 Hour for Mitsubishi in 2009, driving with Damien White and Rod Salmon.

Tekno Autosport was the first full-time Supercars team to win both the 12 Hour - through its relationship with McLaren’s customer GT program - and Bathurst 1000.

That feat was matched this year when David Reynolds and Luke Youlden won the Bathurst 1000 for Erebus Motorsport, the squad having won the 12 Hour with Mercedes in 2013.

23/11/2017
Stay In The Know
Sign up to the Virgin Australia Supercars Championship Newsletter
We use cookies to ensure that we give you the best experience on our website. If you continue to use this site we will assume that you are happy with it.Ok