French has put a $100,000 deposit down on chassis 001, the car currently being used in testing to develop the V8-powered, retro-inspired open-wheeler.

The Touring Car Masters competitor has an extensive racing background, but has done so with a view to fielding Australian young gun Thomas Randle – contesting the Eurocup Formula Renault 2.0 series this year – when the series is established.

“I have always been interested in the 5000s, from back in the old days when they were running the Tasman Series, and I think it is a fantastic series to be involved in,” French said.

“I have been assisting Thomas Randle in the Toyota series in New Zealand last year, I am now sponsoring him in Europe in the Renault Series where he is doing well.

“I have agreed to put Thomas in one of these cars in the new category, the Super5000, and I believe that if we could end up with a grid of 16 or 18 of these cars it would be fantastic racing." 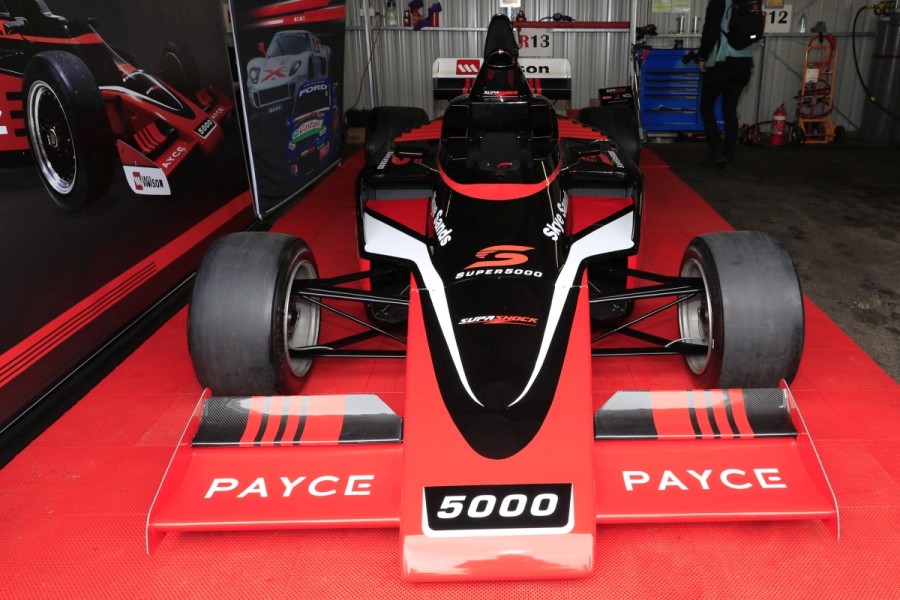 The Oscar Fiorinotto-designed project merged with Chris Lambden’s Formula Thunder 5000 concept – which has a crate V8 rather than a Supercars engine – in July, with Supercars retaining the category management rights with a view to it becoming a support class.

Both cars are on display in the Sandown paddock, and talks are ongoing over the final Super5000 technical package.

“There will be some variation to the mechanical side of it,” French added. “I believe the chassis and aero will stay the same.

“It could very well be that Chris Lambden’s engine could be the choice of the engine package to run, which would keep the cost of these cars down, for the price of these cars they are similar money to a Carrera Cup car.

“For anybody that wants to go racing in open-wheelers and have a big-banger V8 I think they are fantastic.”

French hopes other competitors back what he feels is a promising concept over the coming months.

“We need some other corporate backing to assist getting this category on the track,” he said.

“That is why I thought to get it rolling I would put my money where my mouth is and let’s get started, now we need another 19 to make the category complete.”

29/07/2017
Stay In The Know
Sign up to the Virgin Australia Supercars Championship Newsletter
We use cookies to ensure that we give you the best experience on our website. If you continue to use this site we will assume that you are happy with it.Ok