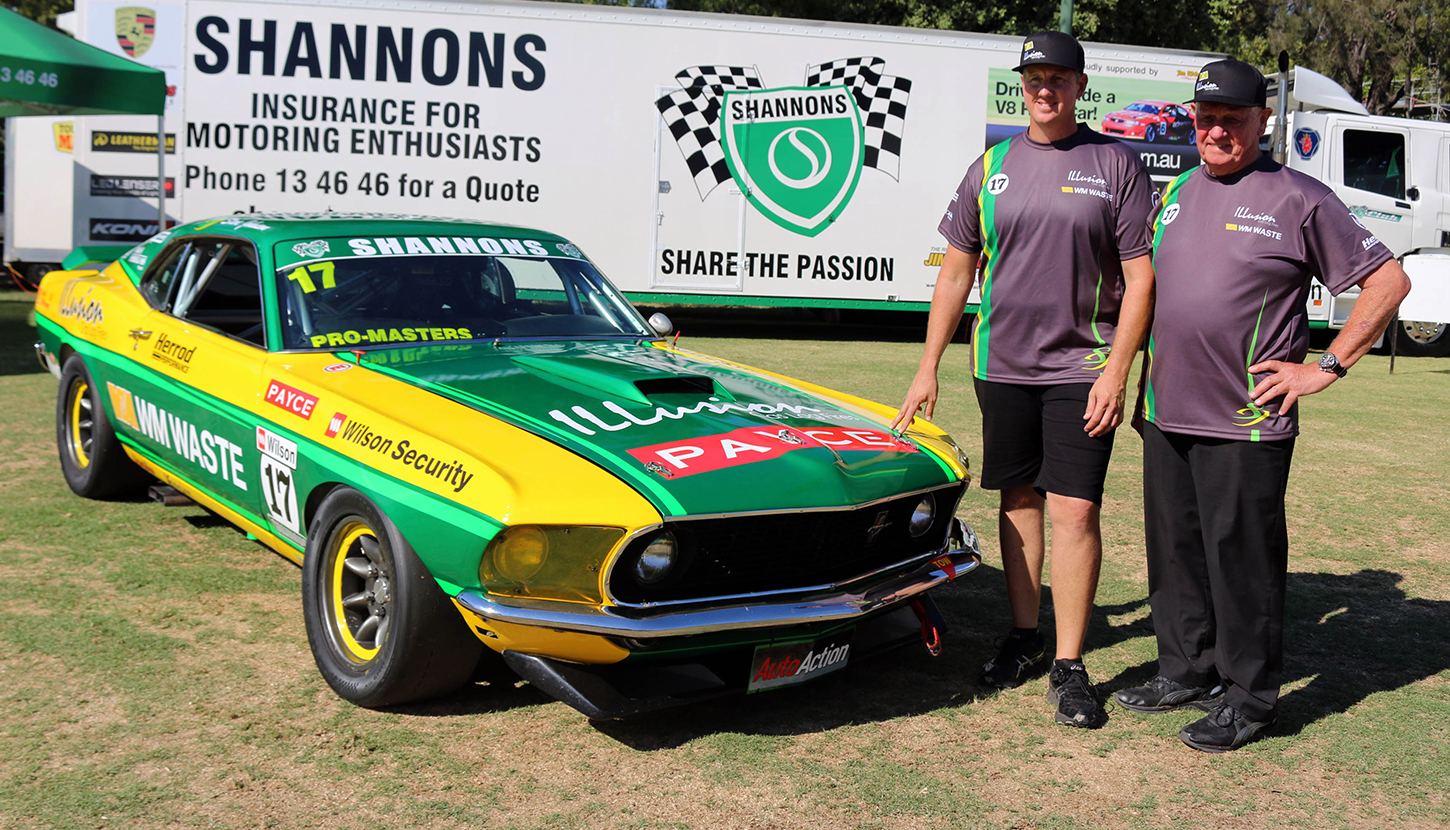 Supercars legend Dick Johnson and son Steven have combined to form a team in the Touring Car Masters.

Beginning at this weekend’s Clipsal 500 Adelaide, Team Johnson will campaign a Ford Mustang for Steven in the classic touring car category.

Loaned from owner Tony Warne, the ex-John Bowe Mustang that Steven raced in 2015 is being run by a small crew based out of Melbourne.

“We’re really excited to launch Team Johnson​ and show off the Mustang for the first time,” Steve Johnson said.

“As always with any race team there are people behind the scenes that work really hard to make things happen.

“A huge thanks has to go to Ryan Story for helping to set up the whole Team Johnson business.

“The fan reaction has gone way beyond what we thought it would and we’re really thrilled by that.

“It’s a big reason why we’re doing this but even we didn’t expect for it to make the kind of impact that it has so far.”

Dick Johnson stressed his enthusiasm for the TCM category and says Team Johnson will likely build its own car for 2018.

“If things go the way we plan we’ll build our own car, which will be a Ford of some sort, to go through to the next step,” he said.

“We’d like to build something with long-term legs, rather than just Steve doing year-to-year deals.

“The TCM is going from strength to strength and if it’d been like this when I retired, I would have been driving in it for sure.

“There’s a lot of focus on stepping stone categories for drivers on the way up, but it's great to have a category that works as a stepping stone at the other end of your career.”

While keen to help son Steven with the Team Johnson project, Dick says he still enjoys being involved in the Supercars squad.

Johnson expects that the DJR brand will remain part of the Supercars effort for the foreseeable future, despite Team Penske's majority control.

“I don’t think that’s going to change,” he said of the DJR name.

“While we’re still stakeholders in the whole deal, there’s no reason for it to change.

“Quite frankly I don’t think that’s what Roger (Penske) would want anyway.

"At the moment we're looking forward to the season, where hopefully we can put it all together on track.

"I think we’re fairly close to having the total package."

Steven Johnson raced for DJR in Supercars full-time between 2000 and 2012 before making his last appearance as a co-driver in the 2014 Pirtek Enduro Cup.

27/11/2015
Stay In The Know
Sign up to the Virgin Australia Supercars Championship Newsletter
We use cookies to ensure that we give you the best experience on our website. If you continue to use this site we will assume that you are happy with it.Ok