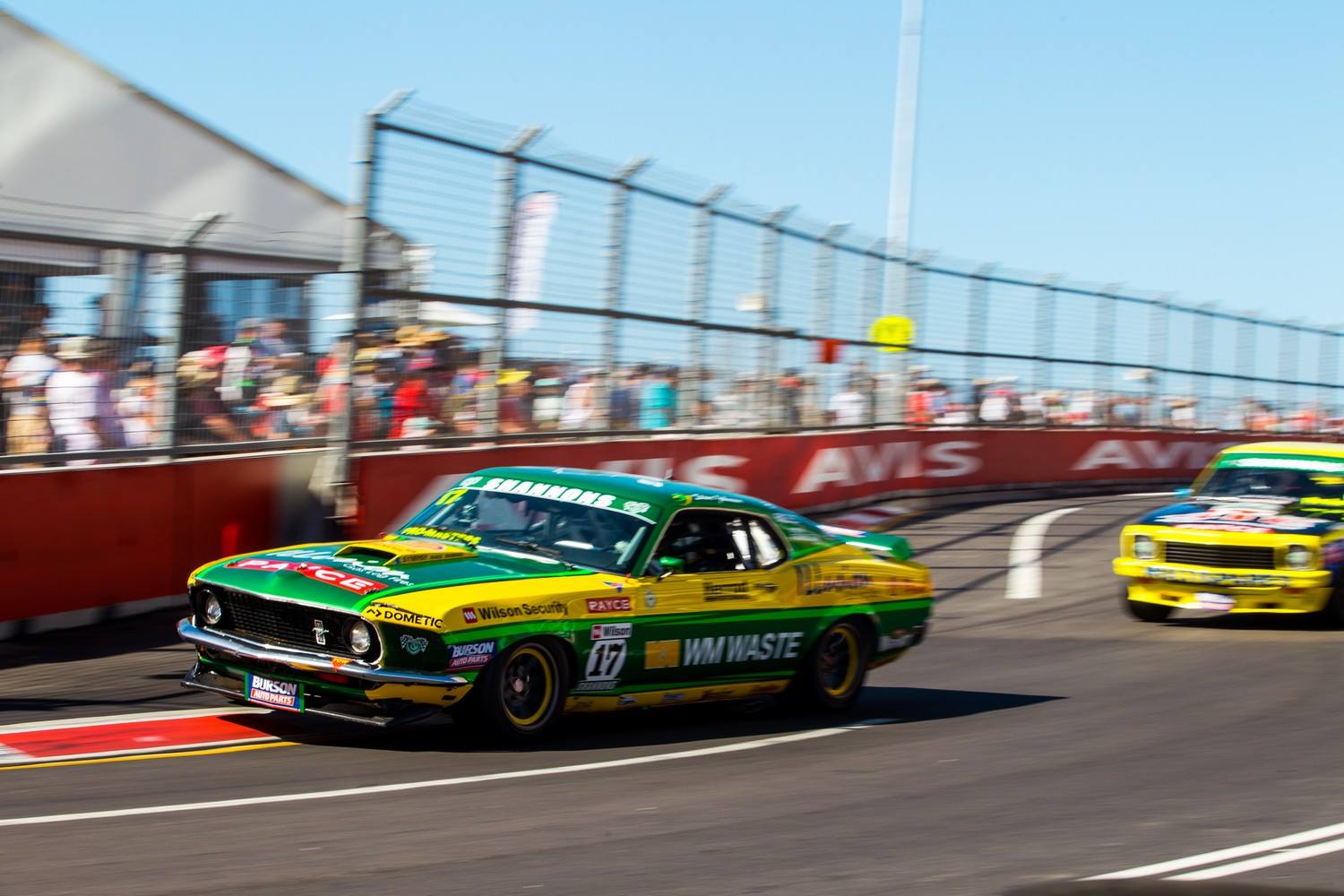 The Johnson family’s sensational Newcastle weekend has continued with victory for Steven Johnson in the 2017 Touring Car Masters series.

A day after Dick Johnson’s Supercars squad, which he co-owns under its current guise, took a maiden teams’ title, the family’s latest venture delivered in the TCM.

Johnson entered the final round of the 2017 season five points behind Bowe however a pair of race victories, including a tension-filled 12-lap finale, was enough to take the title by 11 points.

His title success is the first national championship the 43-year-old has won in his lengthy career, stretching back to his racing debut in 1993 behind the wheel of a Datsun Sports Sedan.

He ultimately edged out the Holden Torana-mounted Bowe by just 11 points, the closest championship winning margin in TCM history.

“We’ve had half a tilt at the championship before, when I got to drive John’s car a bit in 2015 and then again last year thanks to Tony Karanfilovski.

“The opportunity came up to put together the team for this year for our first full tilt properly and it’s been an up and down year – the first time I led the championship was race one this morning.

“It’s a mega feeling to win the championship. There’s been opportunities in the past that haven’t happened, and not for a lack of trying or the circumstances involved.

“As a team we’re all really close and I feel happy and proud with the way w did it this year. It’s a great little team with the family and great friends involved.

“We had mechanical issues at Adelaide and the boys were all really down on themselves after that and worked their asses off to make sure it didn’t happen again – and it didn’t.

“We clawed our way back from a long way behind and it’s unreal.”

Johnson also secured the round victory over Ryan Hansford and Adam Bressington – who edged out Bowe for the final spot on the overall podium thanks to finishing higher in the final race.

Bressington also secured third in the championship, but threw everything he could at winning in the final round.

The Whiteline Racing Camaro crossed the line first in Race 1 however was penalised five seconds for being out of position on the rolling start – handing Johnson the win.

The race was the 250th in Touring Car Masters history and would ultimately be the deciding factor in this year’s championship.

Bressington then charged forward in Race 2, leaping from fourth to second with an aggressive run into Turn 1.

From there he hounded Johnson for the full duration while at the same time defending from Bowe in third.

The pair crossed the line nose-to-tail in a tense finish, though neither Bressington nor Bowe were able to top Johnson’s Mustang in the end.

17/11/2017
Stay In The Know
Sign up to the Repco Supercars Championship Newsletter
We use cookies to ensure that we give you the best experience on our website. If you continue to use this site we will assume that you are happy with it.Ok